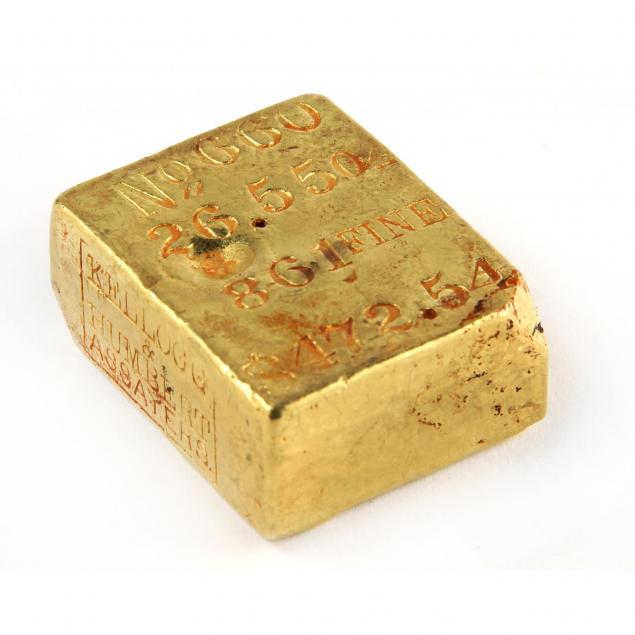 The SS Central America, while steaming from Panama to New York, was sent to the bottom of the Atlantic by a hurricane on September 12, 1857. The horrific disaster claimed over 400 lives and deposited some 30,000 pounds of California gold on the ocean floor. Deep water recovery, made possible by remote controlled submersibles, began in the late 1980s. Gold coins and bullion currently worth over $150 million have been salvaged thus far.

San Francisco assayers of the Gold Rush era produced ingots in a wide range of sizes to suit many financial purposes. The largest Kellogg & Humbert bar recovered from the SS Central America weighed in at a whopping 80 pounds. Our small ingot is hardly such a monster, but it still makes a big, bold statement when held. After all, the ingot weighs more than two dozen $20 gold double eagles put together!

The ingot's bright yellow surfaces are enhanced by areas of attractive reddish-brown toning. 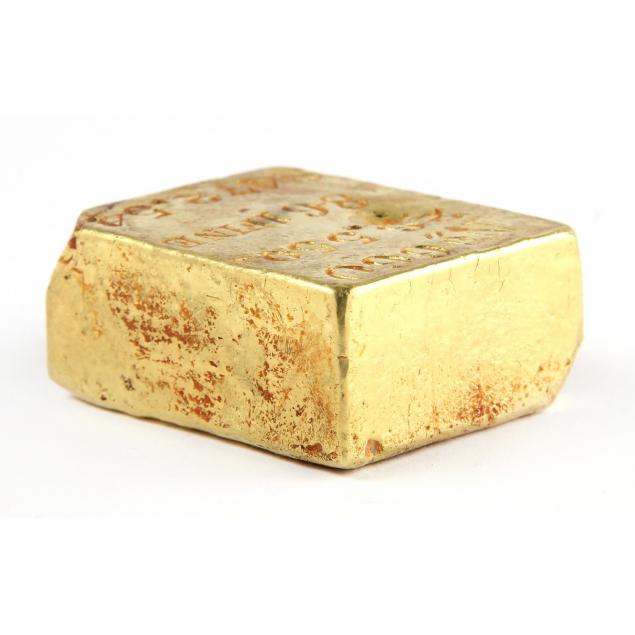 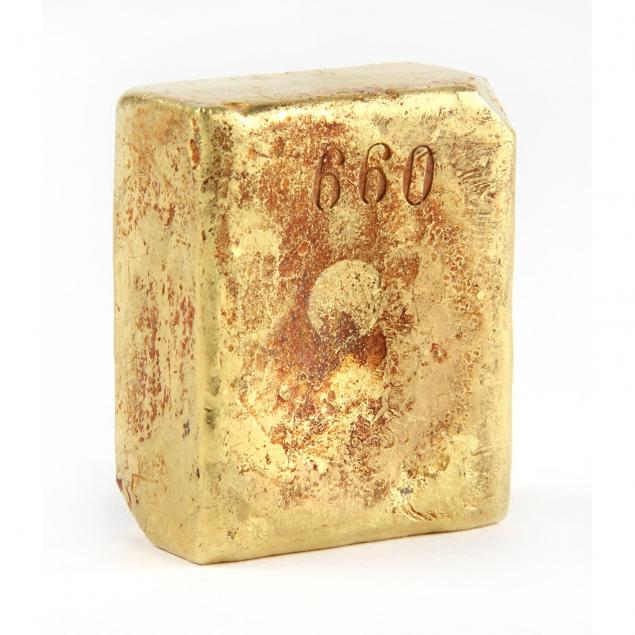 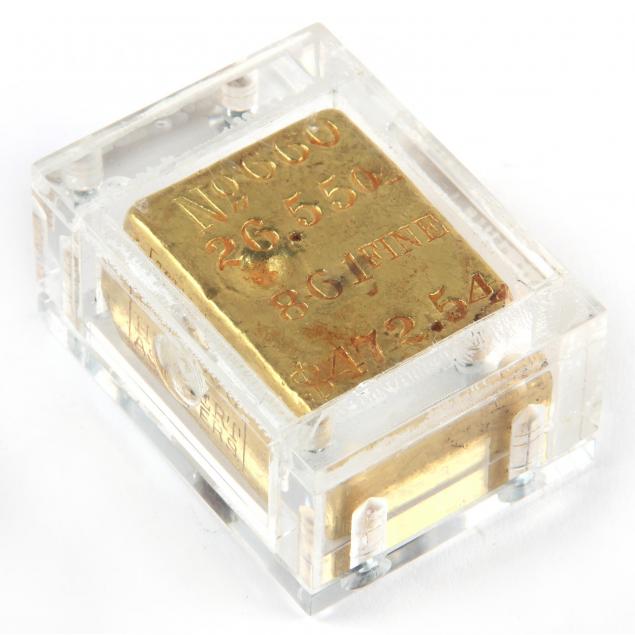