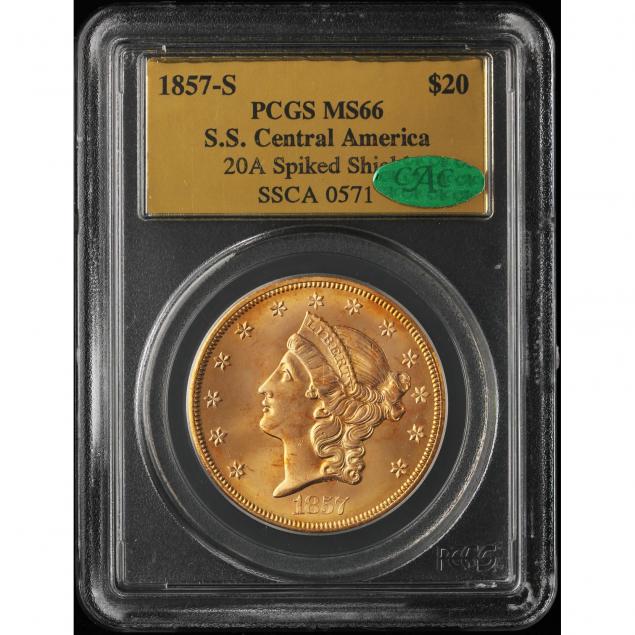 Lot 2003
1857-S $20 Gold PCGS MS66 CAC from the SS Central America
Lot Details & Additional Photographs
The label attributes the coin as being a "20A Spiked Shield" variety and gives its identification number as SSCA 0571.

The SS Central America, while steaming from Panama to New York, was sent to the bottom of the Atlantic by a hurricane on September 12, 1857. The horrific disaster claimed over 400 lives and deposited some 30,000 pounds of California gold on the ocean floor. Deep water recovery, made possible by remote controlled submersibles, began in the late 1980s. Gold coins and bullion currently worth over $150 million have been salvaged thus far.

Reflective surfaces with trivial marks and a very few subtle areas of the reddish-brown coloring associated with much of the SS Central America gold. A true gem. 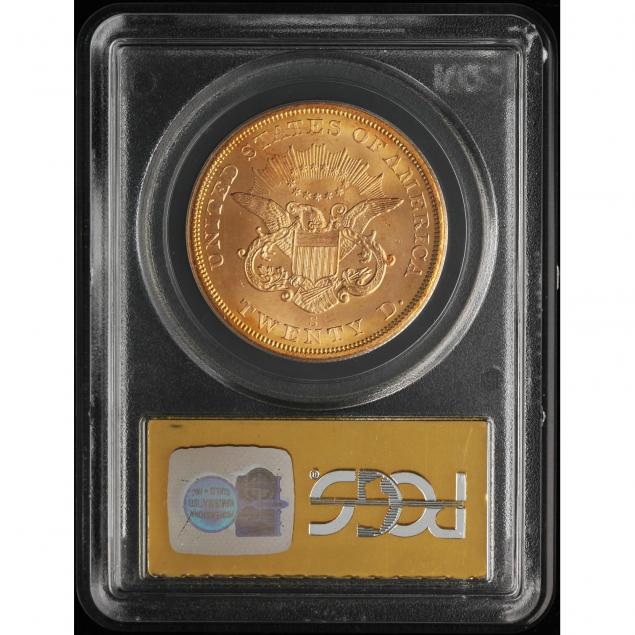