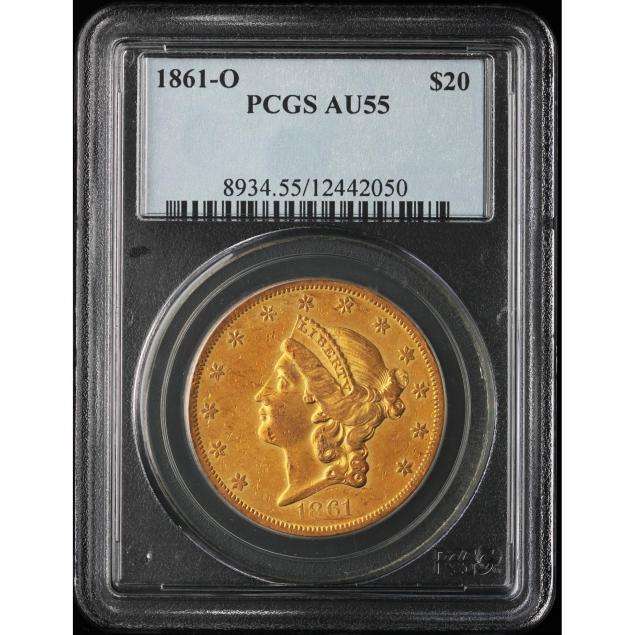 The 1861-O double eagle is very scarce as a rule while higher grade specimens such as this example are quite rare. An historical coin of great interest to those specializing in Southern gold and Civil War era numismatics.

Scattered small marks; much residual luster around the devices. 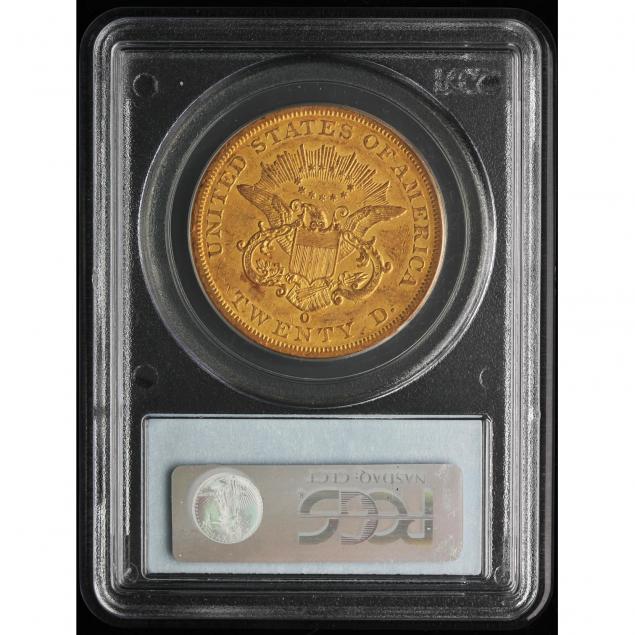