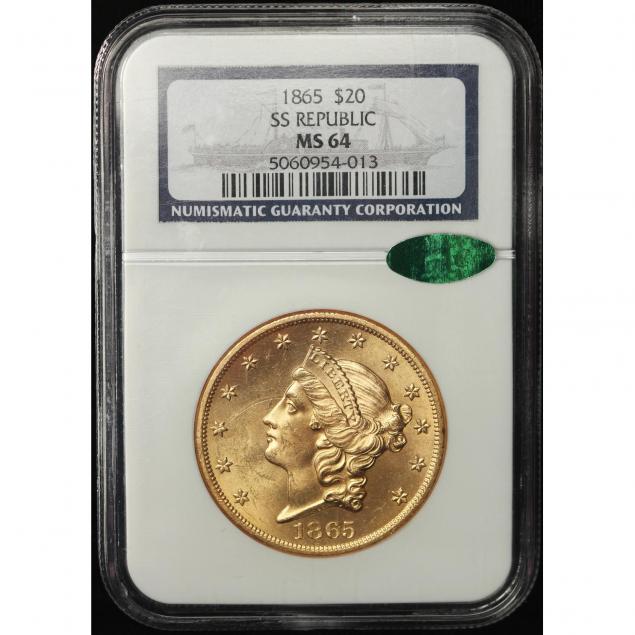 Lot 2005
1865 $20 Gold NGC MS64 CAC from the SS Republic
Lot Details & Additional Photographs
Coins had all but disappeared from circulation during the Civil War and this shortage of hard cash was especially acute in the South. As Reconstruction dawned, the SS Republic was dispatched from New York to New Orleans with over $400,000 in gold and silver coin intended to stimulate Dixie's devastated economy. A hurricane off the Georgia coast, however, claimed the ship and its treasure on October 25, 1865. Fortunately, most of the passengers and crew survived. Salvage efforts in modern times have recovered lost coins such as this very scarce and well-preserved double eagle. 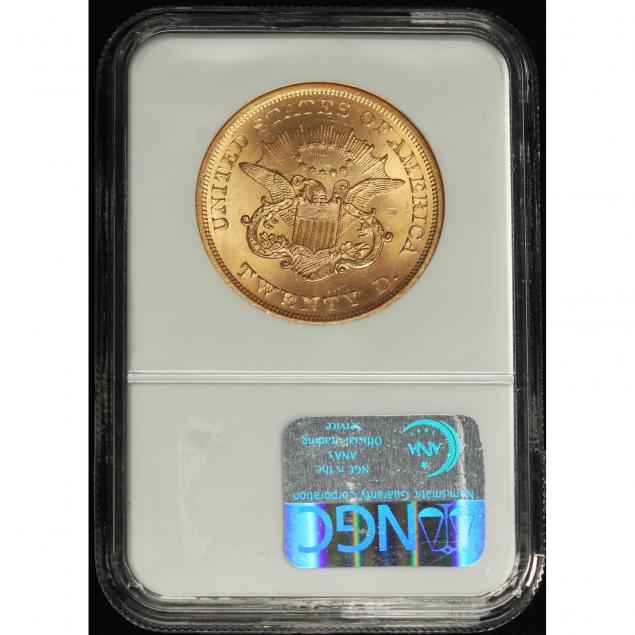