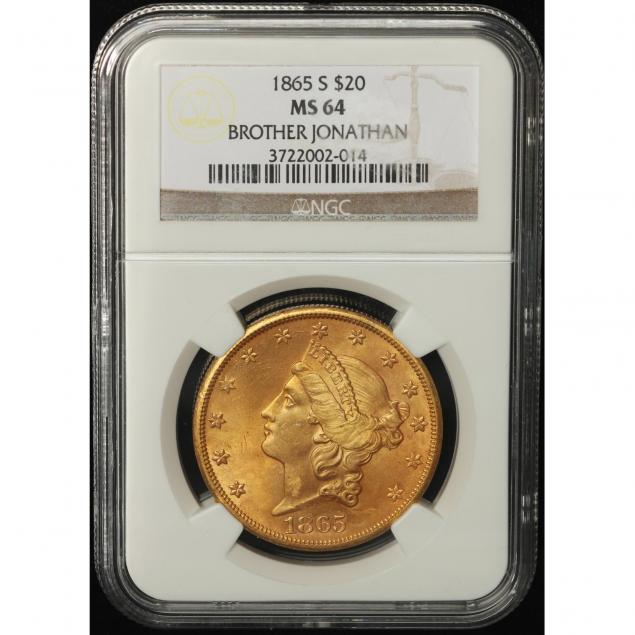 Lot 2006
1865-S $20 Gold NGC MS64 From the SS Brother Jonathan
Lot Details & Additional Photographs
Once owned by Cornelius Vanderbilt, the SS Brother Jonathan regularly made the run between San Francisco and Vancouver. On July 30, 1865 she encountered a particularly violent storm off the Northern California coast and slipped beneath the waves after hitting a rock. The doomed side-wheeler was carrying an unusually large sum of money in gold at the time. Recovery was attempted in the 19th century and was soon abandoned. Even today, most of the SS Brother Jonathan's coins have not been recovered on account of difficult underwater conditions coupled with a litigious environment on dry land.

This high grade mint state coin was consigned to the deep within months of being struck, thus never experiencing the effects of circulation. 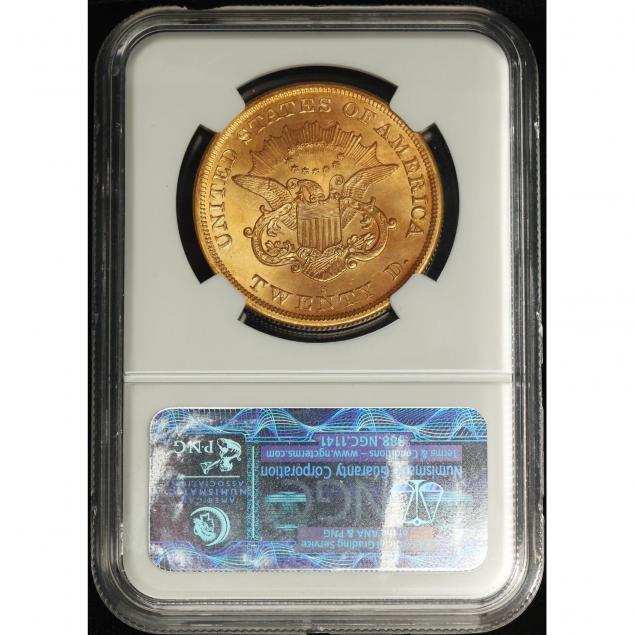