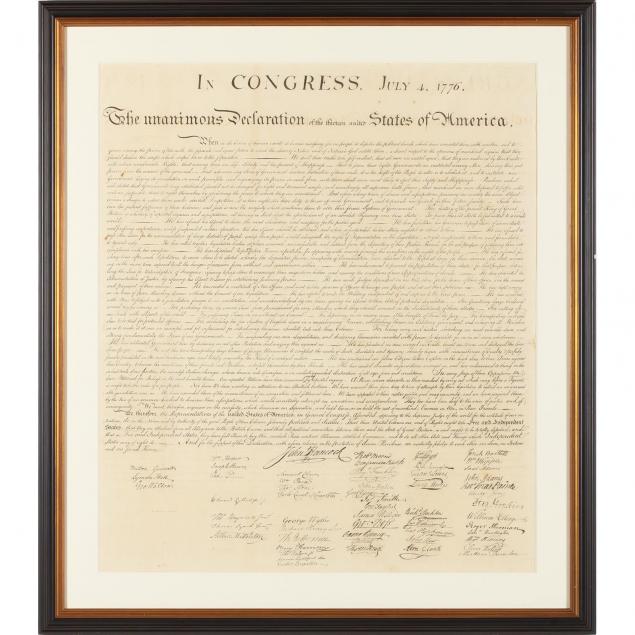 The Peter Force Declaration of Independence facsimile is the earliest Declaration imprint generally seen on the market. It was produced under Congressional authority using William J. Stone's 1820 plate derived from the original Declaration. Only a few hundred copies were made by Force, with few surviving.

Presented in a custom wooden frame.

Overall toning; ghostly ink transfer throughout from decades of being folded; a few trivial spots; light browning along the upper edge; archival tape repairs to a 3 in. split in upper margin and a 1.5 in. split to the lower right edge, neither affecting the text. 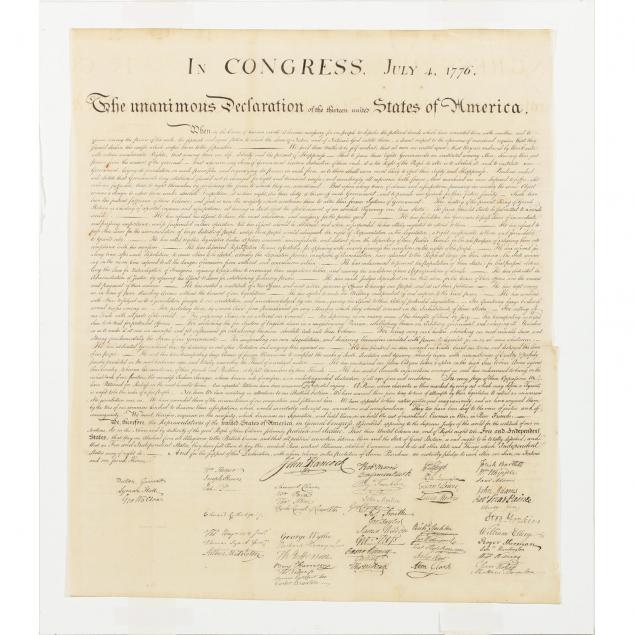 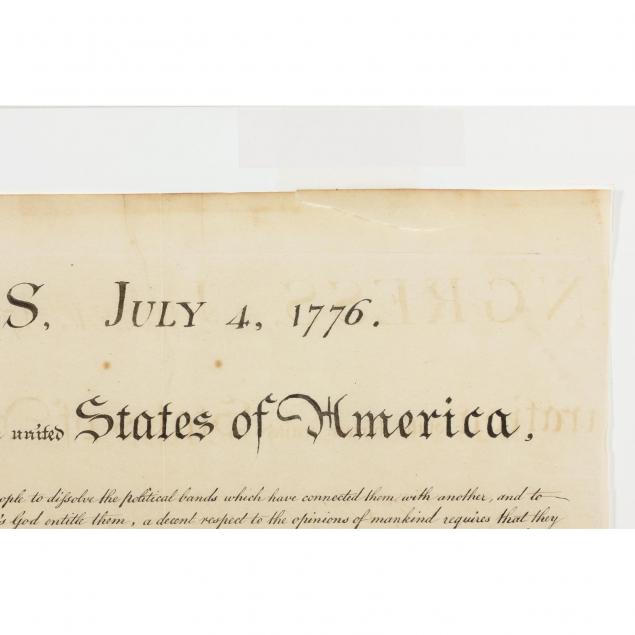 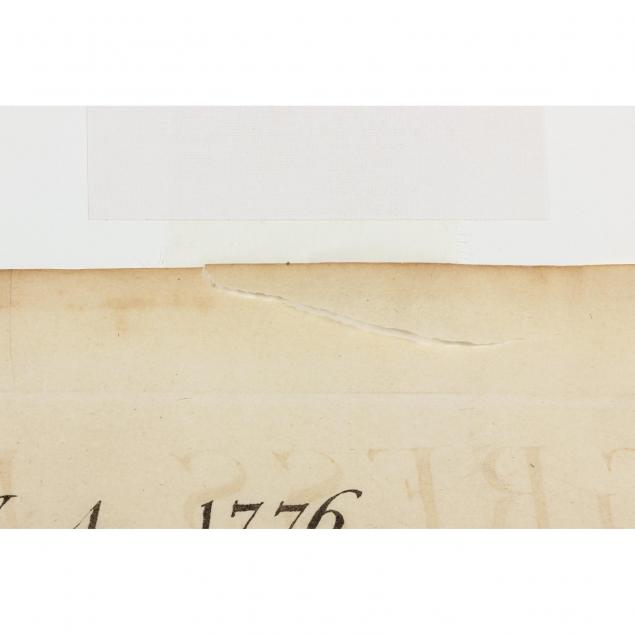 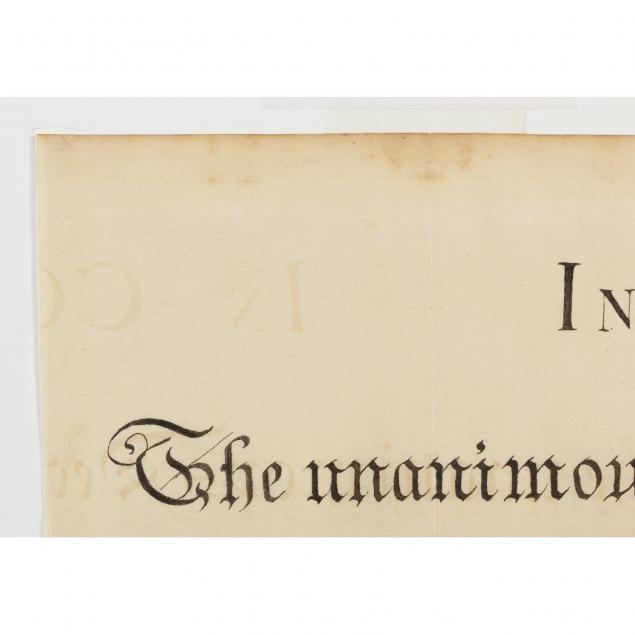 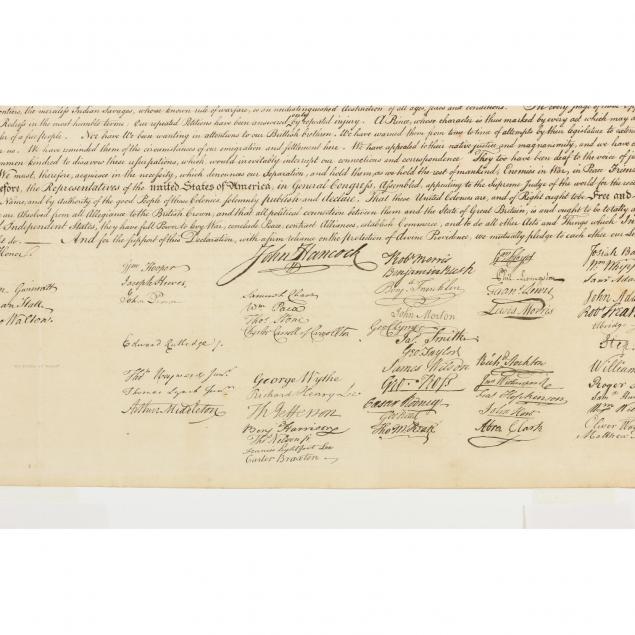 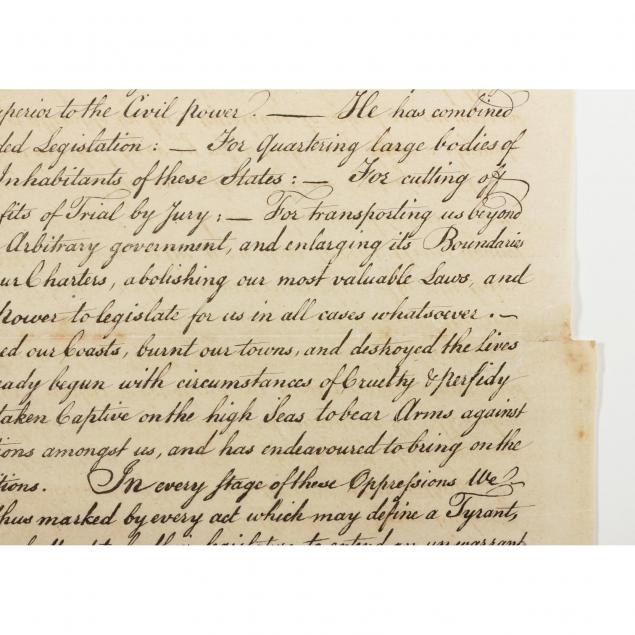