Home  ·  A Collection of Coins and Currency 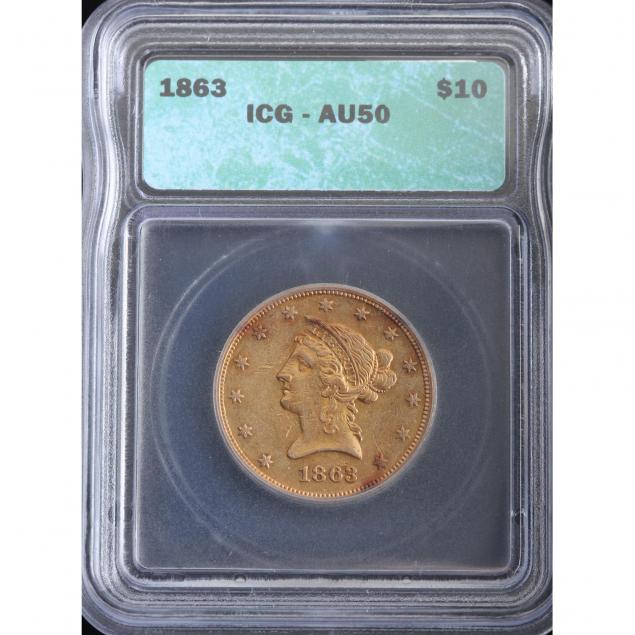 Lot 3
1863 $10 Gold Eagle, ICG AU50
Lot Details & Additional Photographs
Most serious collectors of 19th century American gold coinage will never own an 1863 eagle. There are simply not enough of the coins to go around. According to PCGS, a mere 30-40 of these truly rare coins survive from a tiny original population of 1,218 business strikes and 30 proofs. This was the smallest mintage for any of the "No Motto" gold eagles produced between 1838 and 1866.

As to the general condition of these elusive eagles, Walter Breen's Complete Encyclopedia of U. S. and Colonial Coins states that they are "mostly VF to EF, heavily nicked." The present example, though having bag marks typical for the date, is better than average with hints of toning and residual luster. 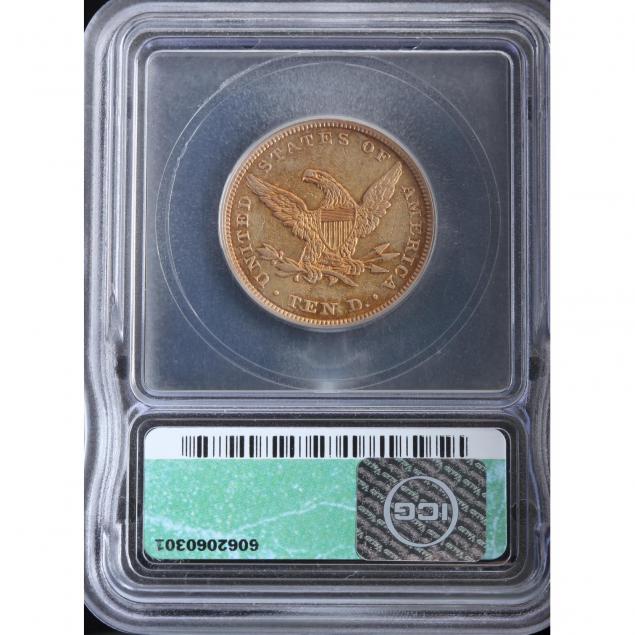