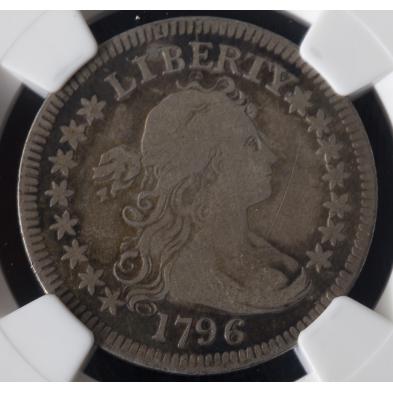 Lot 754
1796 Quarter, Low 6 Variety, NGC Fine Details
Lot Details & Additional Photographs
With "Obverse Scratched" as the reason for the grade. A hairline extends diagonally from Liberty's left shoulder into the right field and another runs across her head from the second curl opposite the TY. Both scratches are nicely toned over and are barely visible unless angled to a light source. Similar scratches are often dismissed by graders, making this valuable coin a prime candidate for re-submission. Overall the obverse is pleasing with even wear to the high points and dark, slightly iridescent toning around the peripheral devices. The reverse also has a few hairline scratches (not noted!) and enjoys even light toning. Breen 3881, described as "Very rare...Possibly 22-25 known..."

The first quarter dollars appeared in 1796 with a mintage of merely 6,146 coins. Of the two recorded die varieties, the "Low 6" is by far the more elusive. 1796 quarters of both varieties are eagerly sought by collectors of early American coinage regardless of grade. 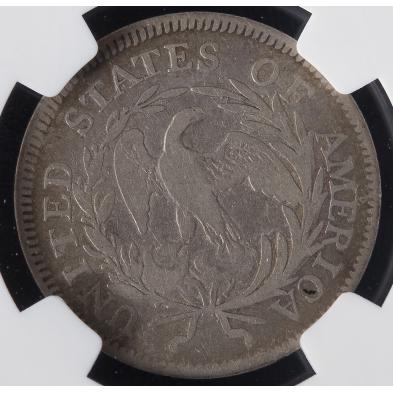 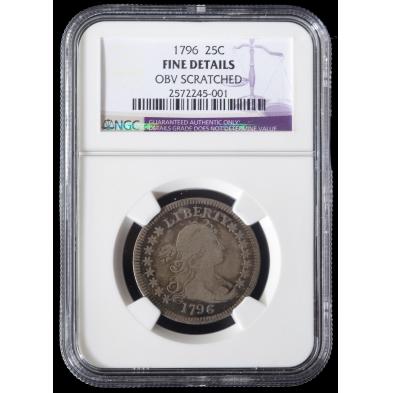