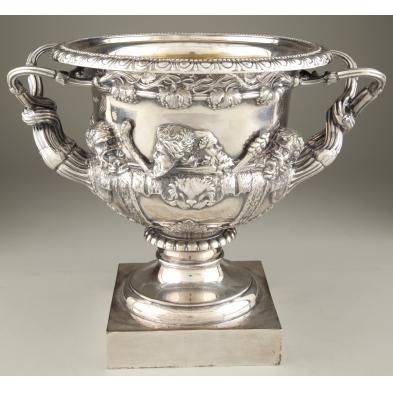 Lot 619
Victorian Sterling Silver "Warwick" Wine Cooler
Lot Details & Additional Photographs
Sheffield, with Walker & Hall sponsor's mark and 1895 date letter; modeled after the famous Warwick Vase created in ancient Rome, which was uncovered from the bottom of Lake Tivoli, near Hadrian's Villa in 1770, and removed to England, where it found a home in front of Warwick Castle, it was sold to the Met in the 1970s, but after outrage that it would be leaving the UK, it was then sold to the Burrell Collection in Glasgow in 1979; the mammoth 10 foot original has been reinterpreted as a wine cooler, retaining the original Bacchic masks in high relief; gold washed interior; raised on a square plinth. 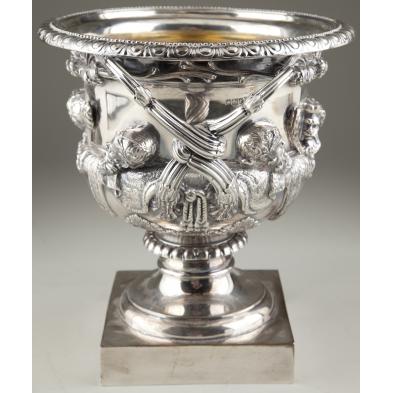 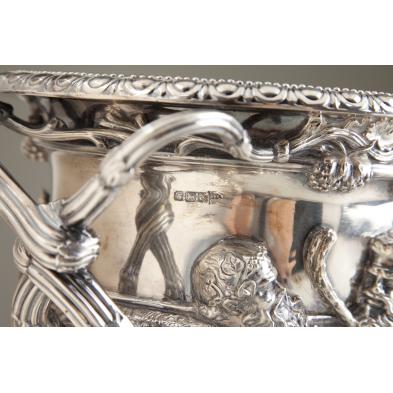