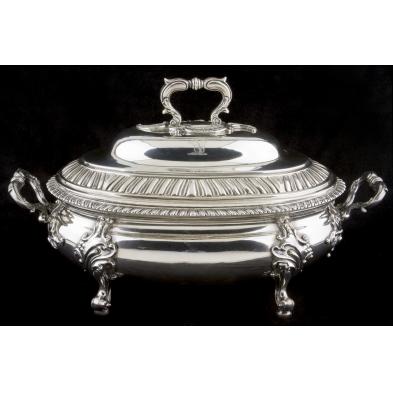 Lot 1
Irish Sterling Silver Soup Tureen with Cover,
Lot Details & Additional Photographs
Georgian, the cover with an 1821 date letter and bearing an "S I" sponsor's mark along with the Dublin city mark and "West" (possibly the retailer), the tureen bears two partially rubbed marks (one the harped crown and the other is Hibernia, the shape of the crown corresponds to that used between 1747 and 1760) and "R W" sponsor's mark (likely that for Richard Wilson who was active in the second half of the 18th century. The oval body with applied gadrooned border has two cast and applied handles and is raised on four cast and applied Rococo style scrolled feet, the cover with matching cast and applied handle and conforming gadrooning to edge. The cover bears an engraved squirrel crest and the body with engraved chevron shield featuring two fleur-de-lis above a lion rampant. A pair of George III waiters, ca. 1770, also by Richard Wilson are documented as without date letters.

Some light scratches and minor expected wear to the silver.

Given as a 25th wedding anniversary gift in 1938 from Ray Wilkin to his wife, Helen W. Wilkin, of Bronxville, NY. From thence by descent in the family. 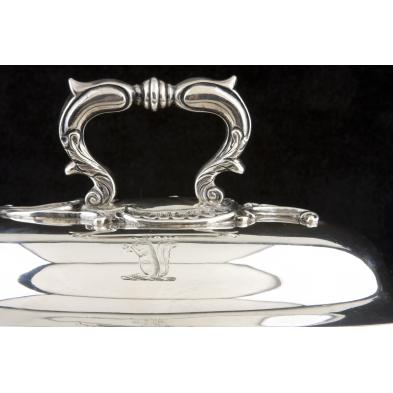 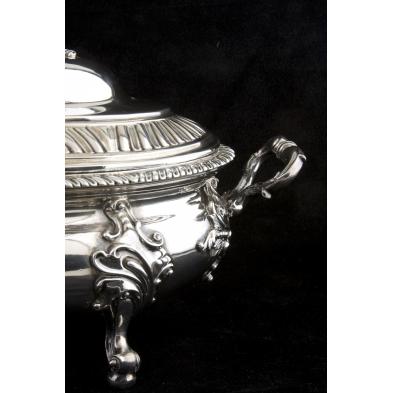 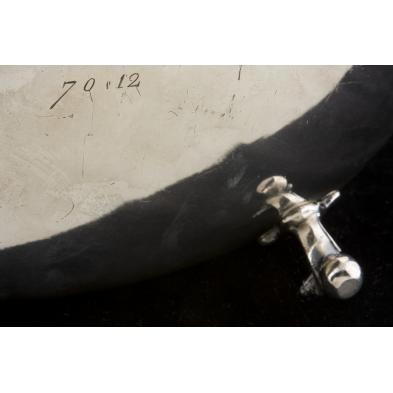 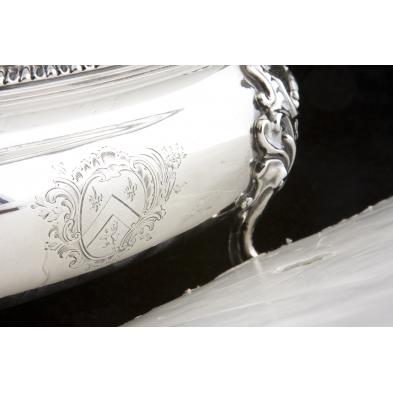