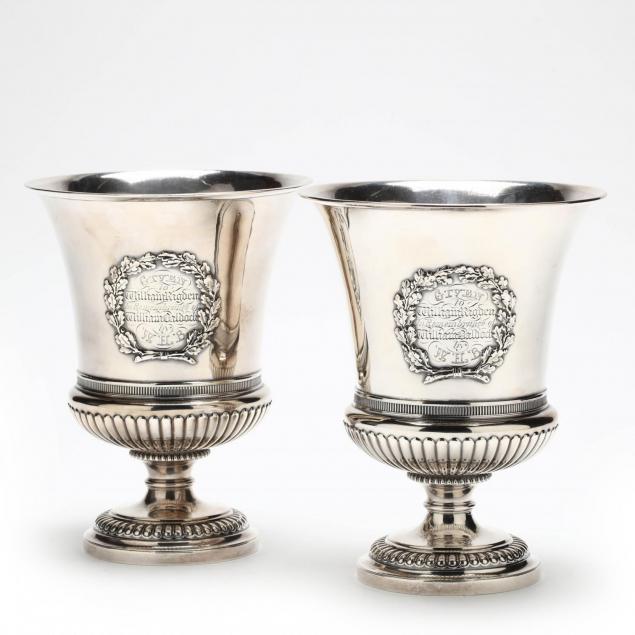 Lot 525
Pair of George III Silver Campana-Form Cups, Paul Storr
Lot Details & Additional Photographs
London (1812) hallmarks, classic form, fluting to lower body beneath a ribbed band, applied oak leaf wreath surrounds an engraved presentation which reads "Given to William Rigden, in Remembrance of William Baldock by W.H.B." and on the opposite side surrounds an armorial engraving.

William Baldock, according to his obituary in 1812, "was originally a poor boy employed to look after cows, and remarkable for dirtiness and slovenliness." Upon his death, he had amassed an estate in excess of £1 million, was a Justice of the Peace in Canterbury, owned the St. Dunstan's Brewery, had built and sold the infantry barracks in Northgate, and was in the midst of building the largest private house in 19th century Kent. Smuggling was the key to his success, Baldock had taken lead of the Seasalter Company in 1792.

Upon his death, Baldock left a large portion of his fortune to his nephew and namesake, William Henry Baldock. W. H. Baldock distanced himself from the smuggling activities and instead continued on with more genteel vocations. He managed the vast estates left to him by his uncle, was a Justice of the Peace and later Mayor of Canterbury, and was appointed High Sheriff of Kent in 1818. He also went into partnership in the Canterbury Union Bank. Unfortunately, the bank went bankrupt in 1841 and William Henry dies penniless in 1844.

Edward Rigden founded a brewery in Faversham, Kent in the early 18th century. While the exact relationship of this William Rigden to the Baldocks is not known, other Rigden family members feature prominently in property deals alongside William Baldock. A Rigden is also listed as a partner alongside W. H. Baldock in what became known as the Canterbury Union Bank. 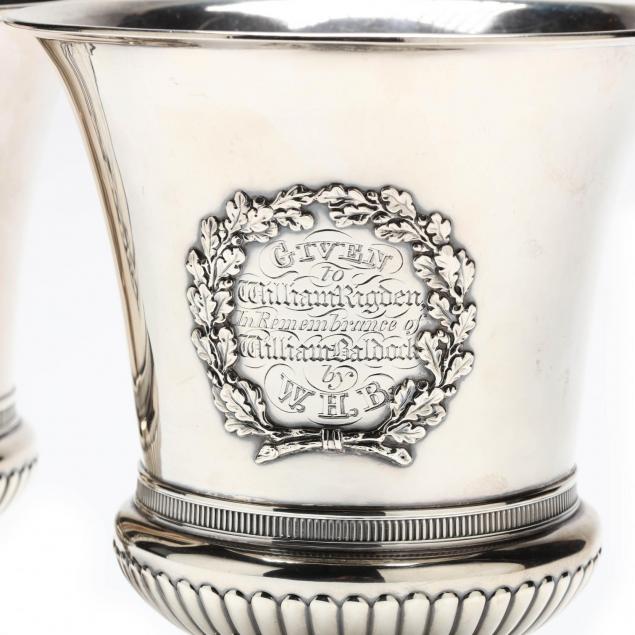 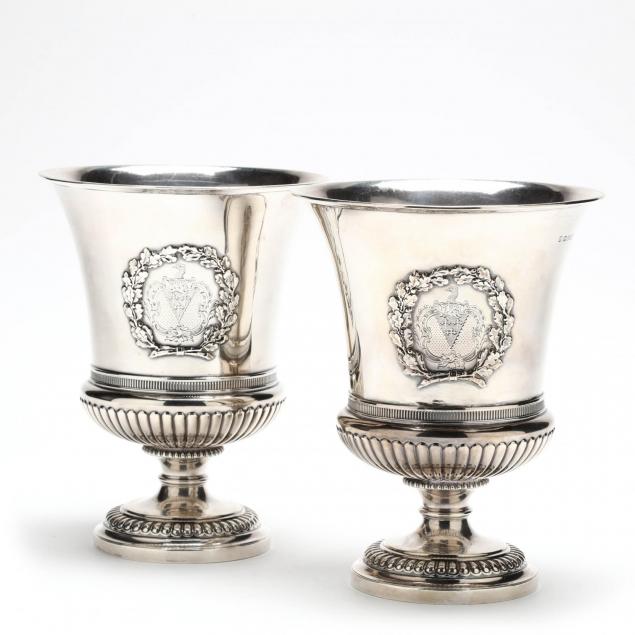 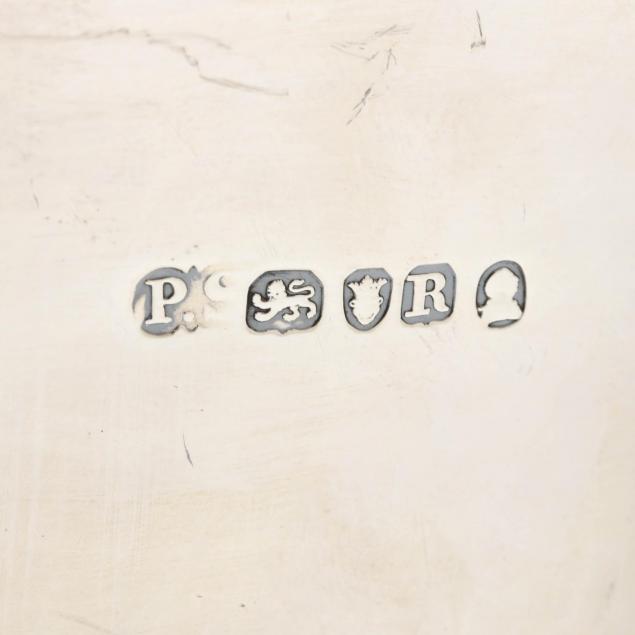 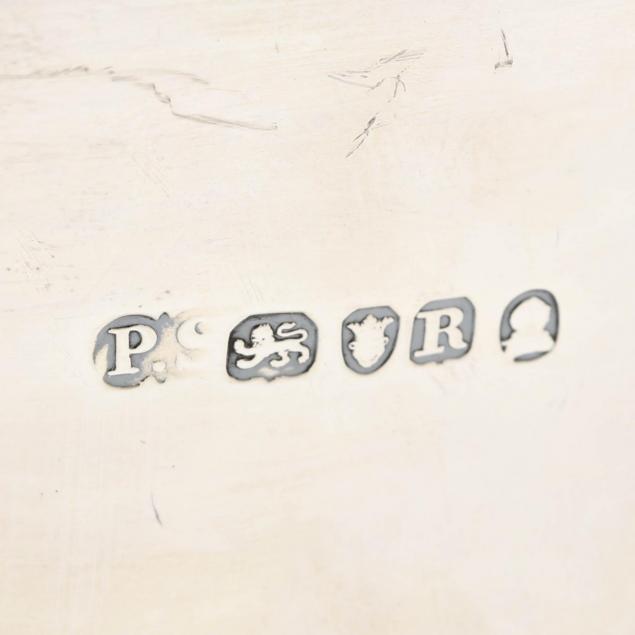 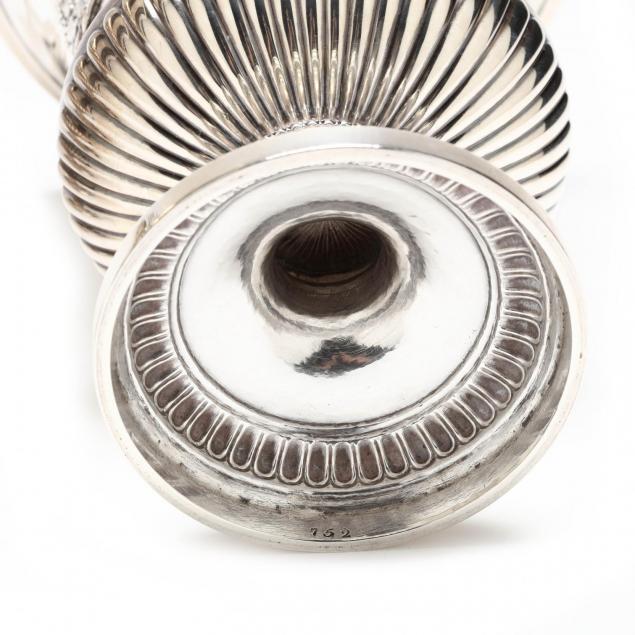 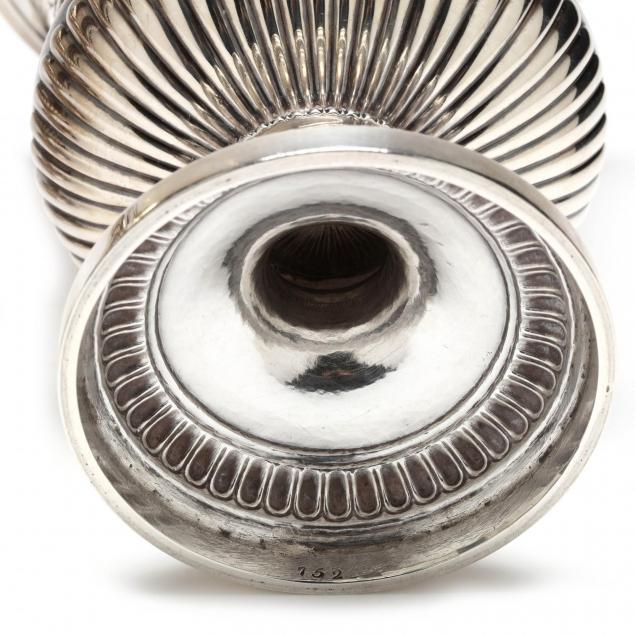