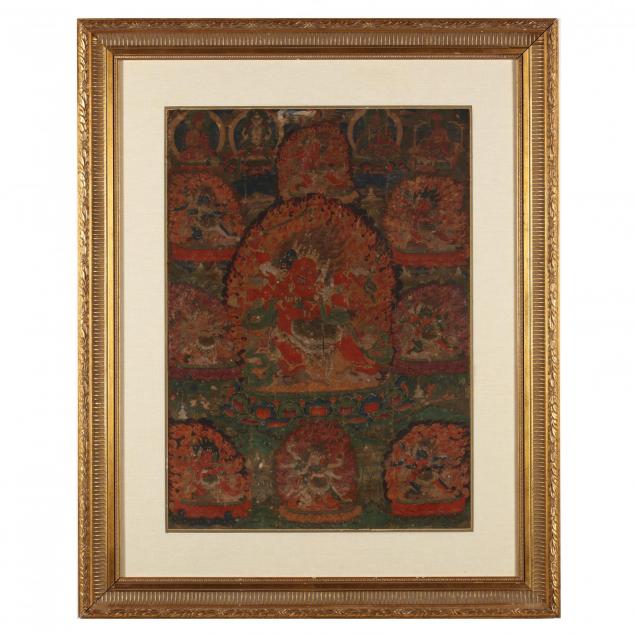 Lot 43
A Tibetan Bardo Thangka of Samantabhadra
Lot Details & Additional Photographs
18th century, the three-headed red deity is trampling upon two demons lying on the lotus base, his primary hands embrace his consort in yabyum while holding the vajra and ghanta, the couple are encircled by an halo of billowing smoke and flames, surrounded by other tantric couples within fiery aureoles, Buddhist deities and hierarchs in the upper corners, on the reverse of the painting a black line drawing of a stupa containing inscriptions in red, framed under glass, not examined outside of frame.

Property of a Gentleman

Rubbing to outer edges of cloth; some pigment loss consistent with age; split to central image of 1.5 in.; a few tears to cloth visible in the upper left corner; minor pin holes; some scattered black flecks throughout. 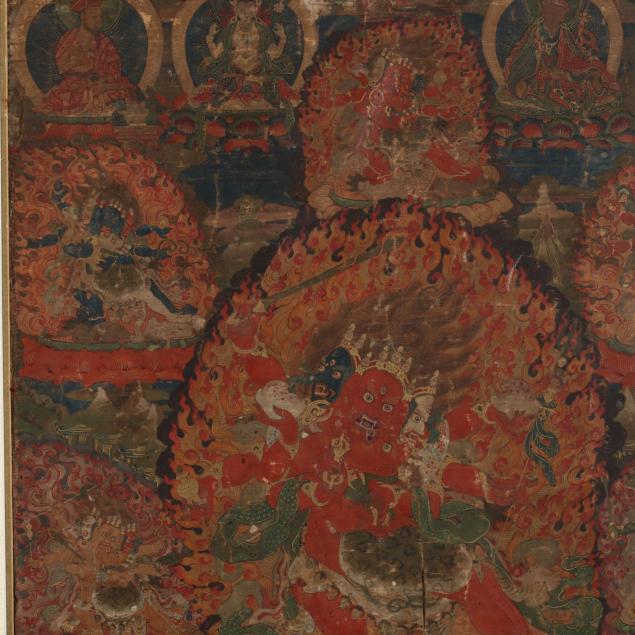 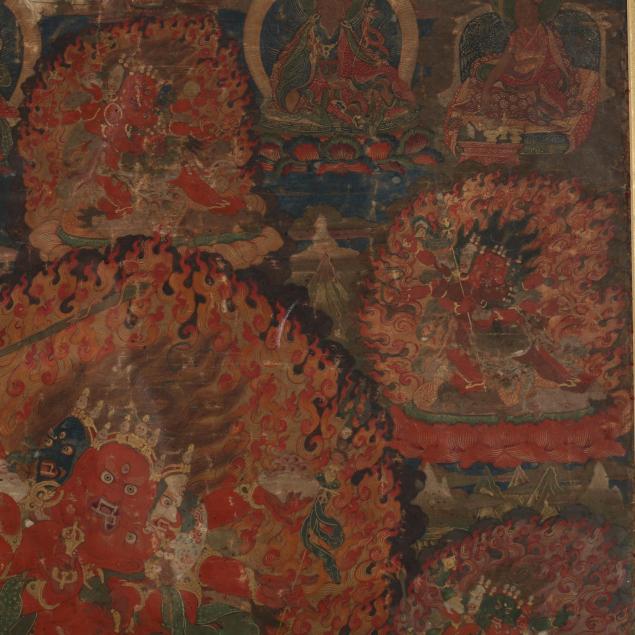 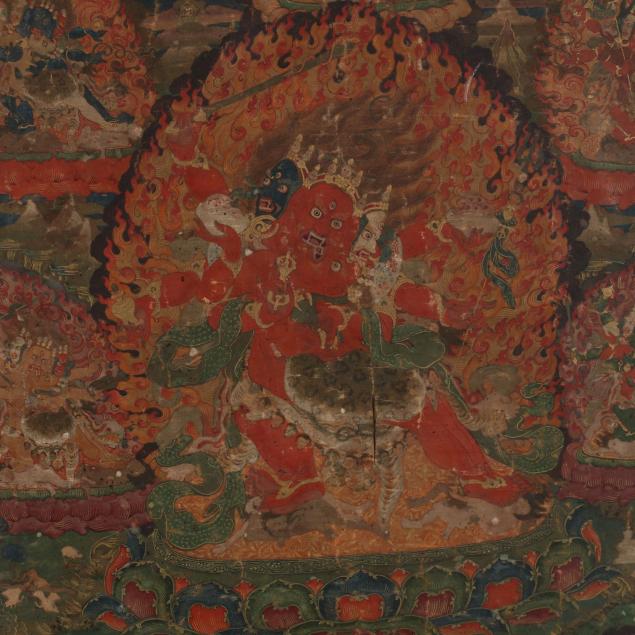 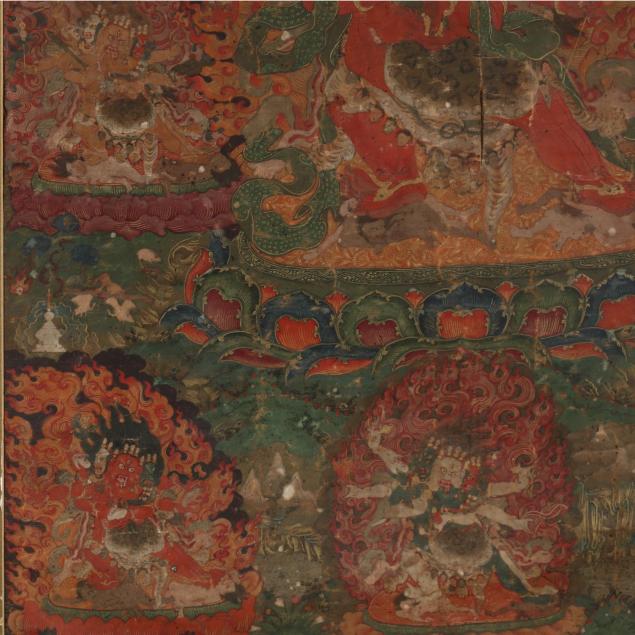 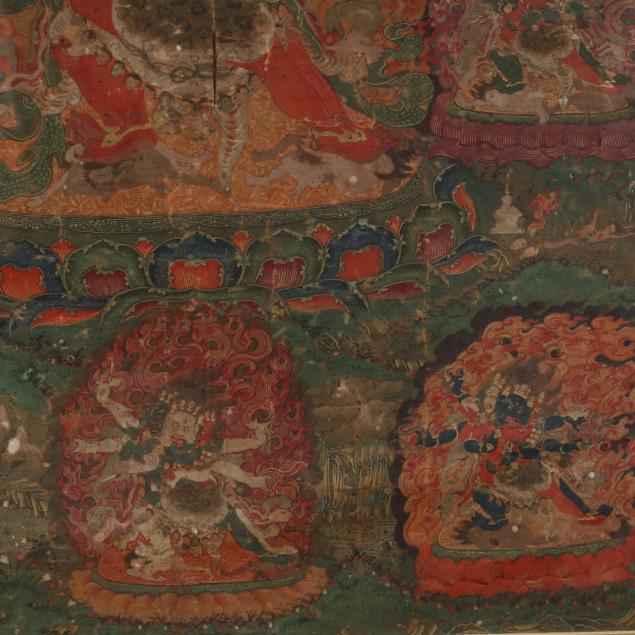 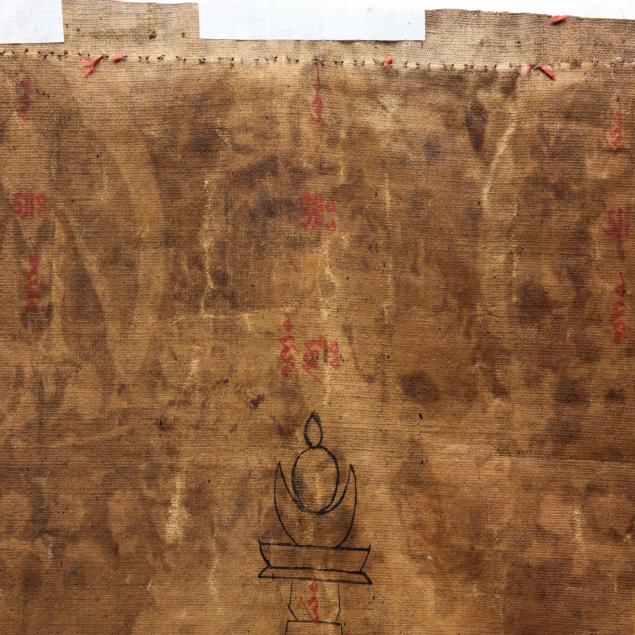 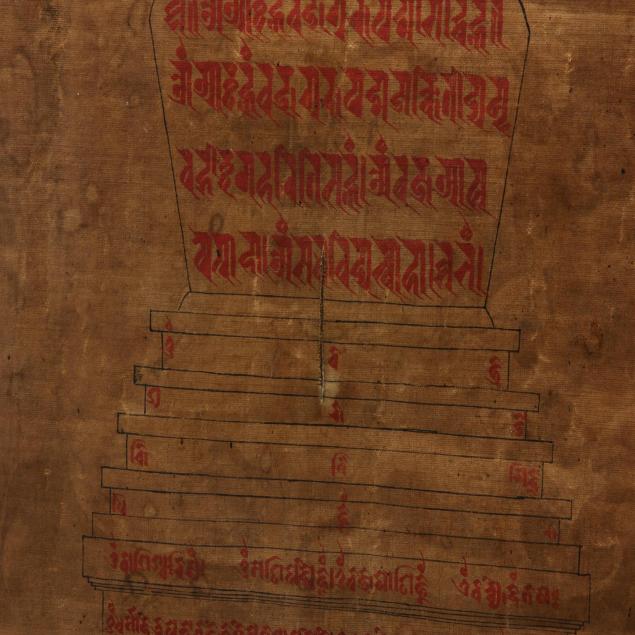 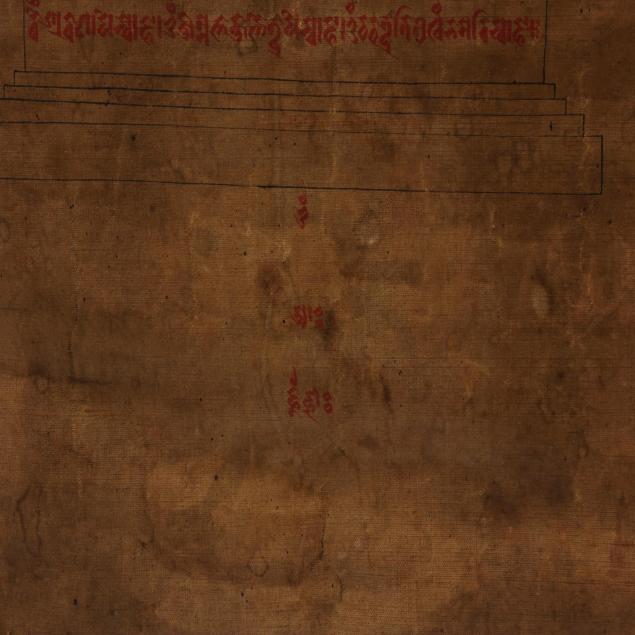