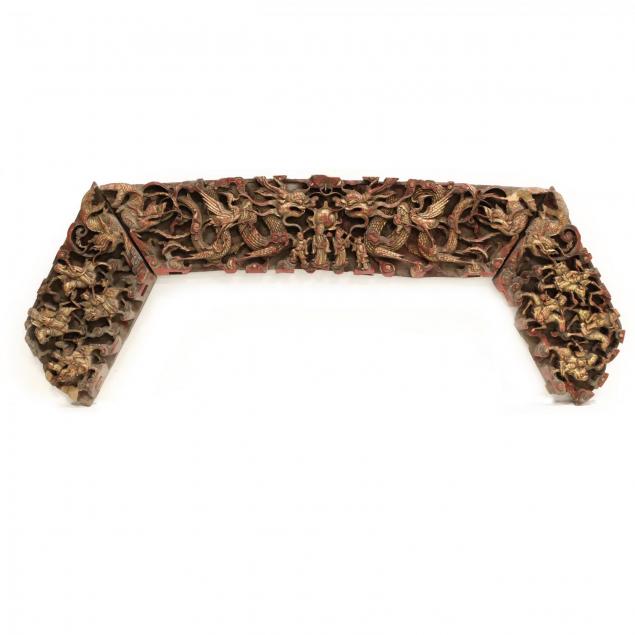 Lot 1054
A Large Gilded and Lacquered Wooden Carved Frieze
Lot Details & Additional Photographs
20th century, with traces of red lacquer and gilding, decorated with two immense dragons flying through swirling clouds from opposite ends of the frieze towards a flaming pearl in the center, underneath the flaming pearl are a group of courtly figures, on either end are figures on horseback and atop mystical beasts.

Some large areas of loss to the wood on lower left edge and upper right edge; general wear, loss, and rubbing to the surface overall; nicks and losses to edges; dust and dirt. 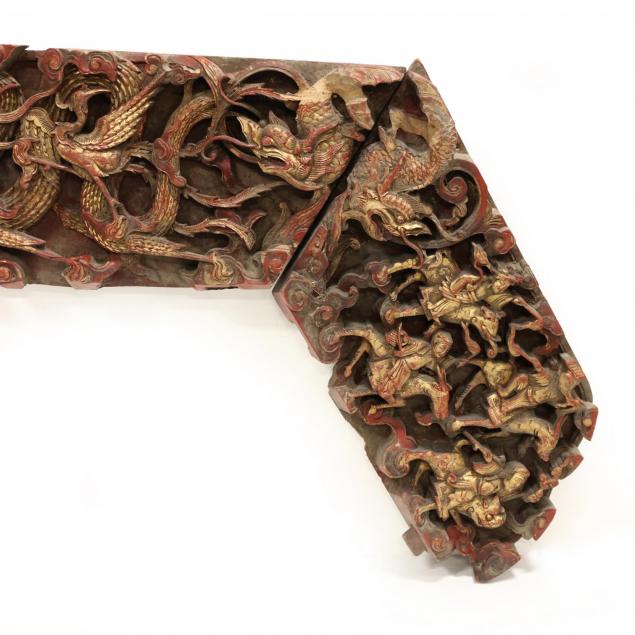 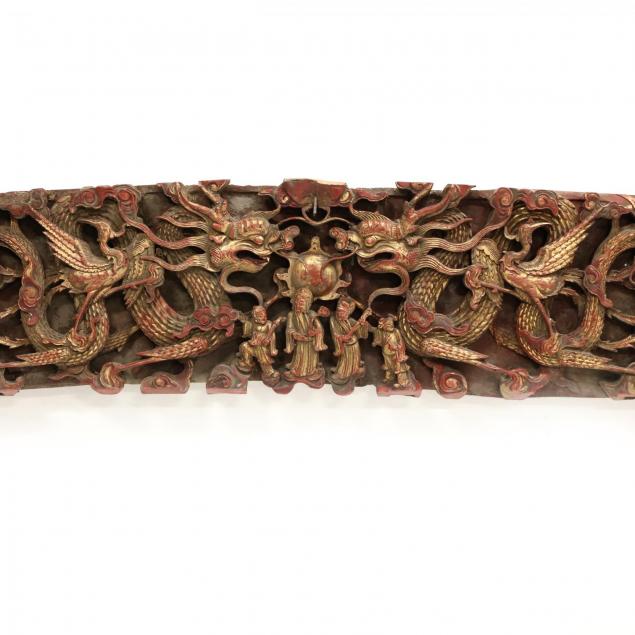 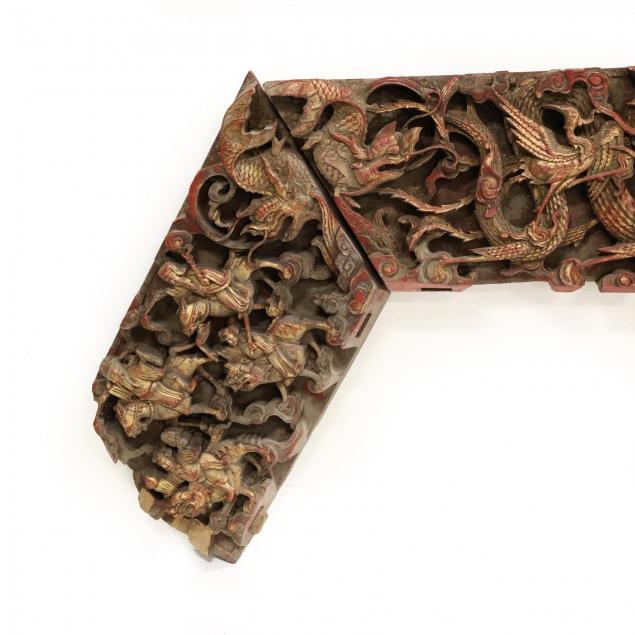