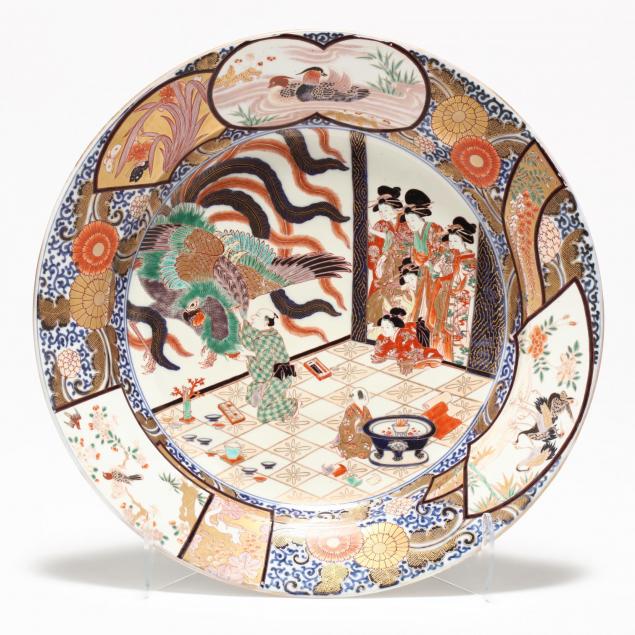 Lot 376
A Large Japanese Meiji Period Imari Charger
Lot Details & Additional Photographs
Circa 1900, with an apocryphal six character Ming dynasty Wanli mark, polychrome enamels and gilt on porcelain, with a unique central image based on the self-portrait illustration by Kitagawa Utamaro of him painting a phoenix on the walls of a Yoshiwara house, circa 1956, the outside rim is decorated with medallions containing pairs of birds and vivid chrysanthemums, a symbol used to represent the imperial house of Japan and is frequently depicted on Meiji era art work.

Very good condition; some rubbing and loss to gilding on rim. 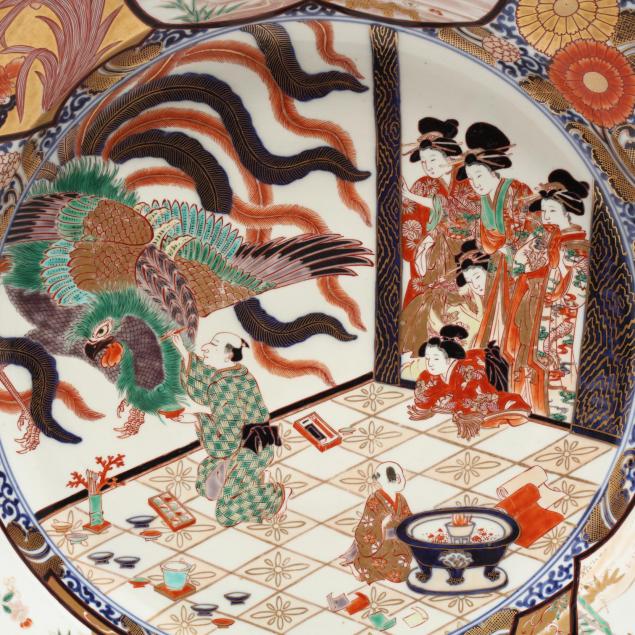 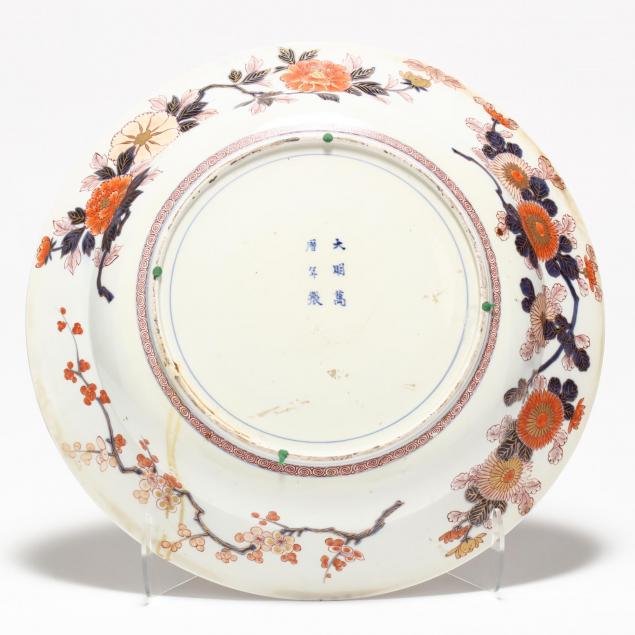 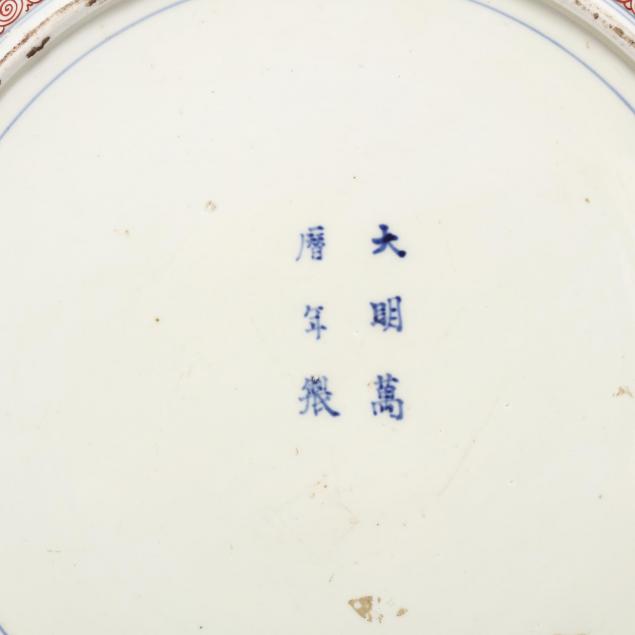