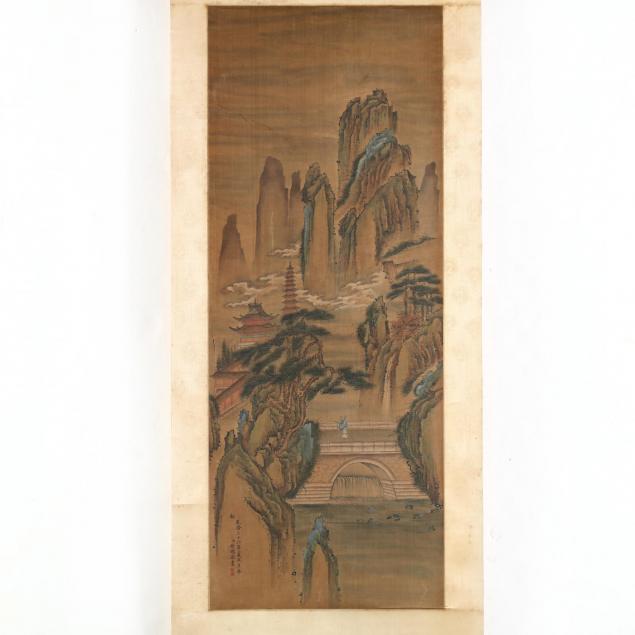 Lot 365
A Chinese Landscape Painting
Lot Details & Additional Photographs
Bears signature of Xu Yang with two artist's seals, inscription reads "made in the 5th month of the 36th year of Qianlong period" dating it to circa 1772, ink and colors on silk, the painting depicts a single figure walking on a bridge toward a red Buddhist monastery, behind the monastery clouds creep around the towering mountains that rise vertically behind, Xu Yang was a court painter to the Qianlong Emperor of the Qing dynasty, comes together with a later wooden box.

Two cracks to silk on painting; some areas of discoloration or possible repainting; some white lined scratches; mounting with foxing but no foxing to actual painting; mounting is at top mount with some cracking. 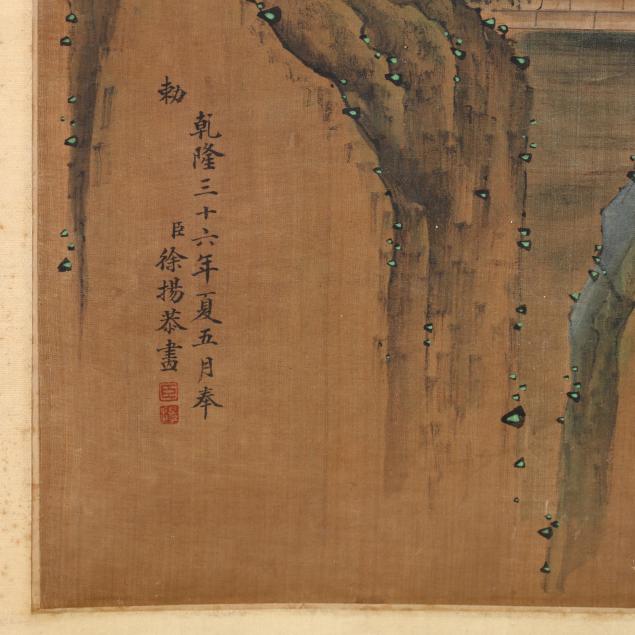 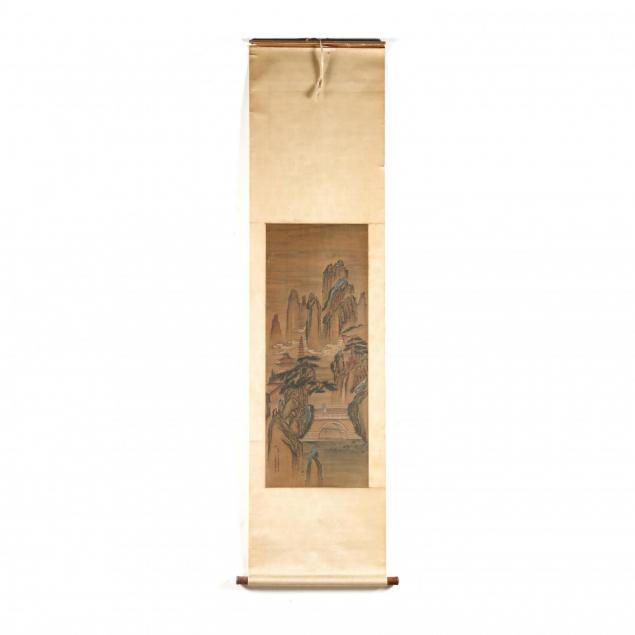 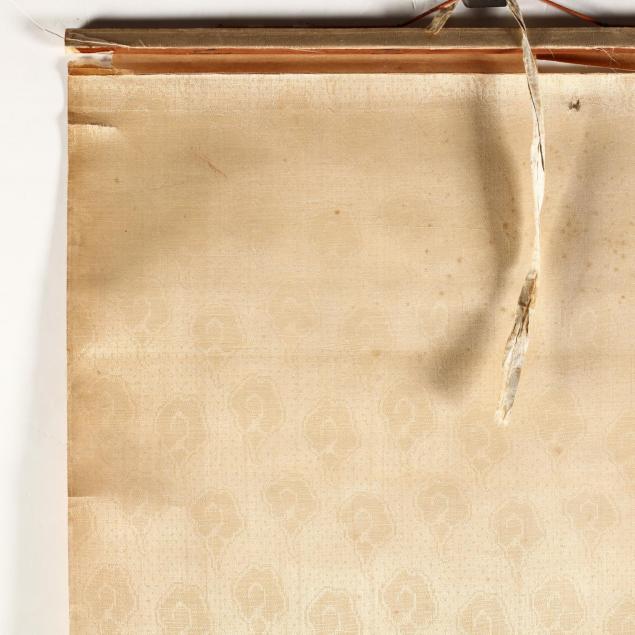 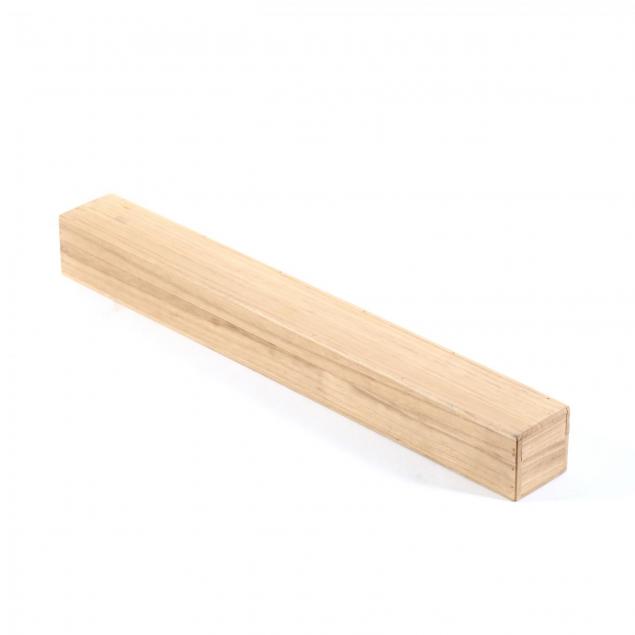