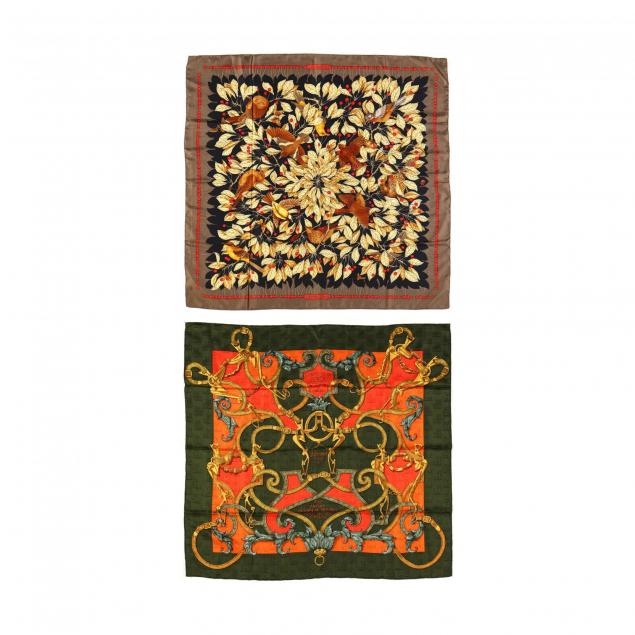 Lot 102
Two Silk Scarves, Hermès
Lot Details & Additional Photographs
Made in France, both feature the rich colors of autumn. The first is Les merises designed by Antoine de Jacquelot in 1992 depicting wild birds flocking to the bright cherries; the second is titled L'Instruction Du Roy introduced by Henri d'Origny 1993 and has become one of the most popular, with a Jacquard horse and rider design (no tag). 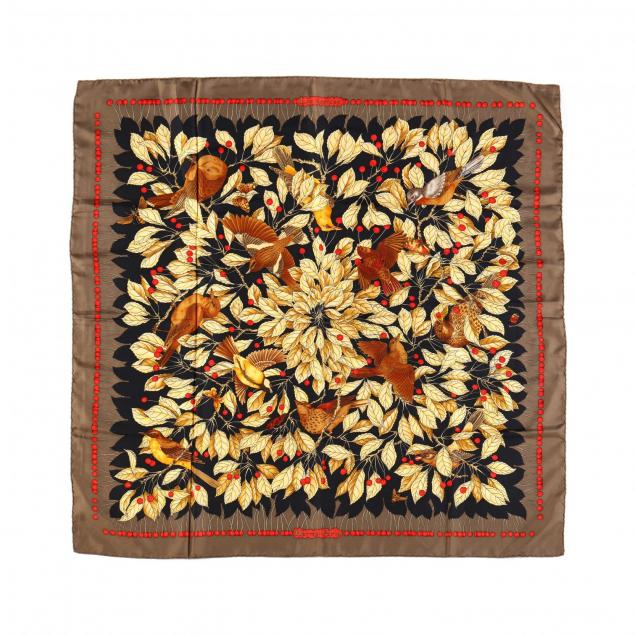 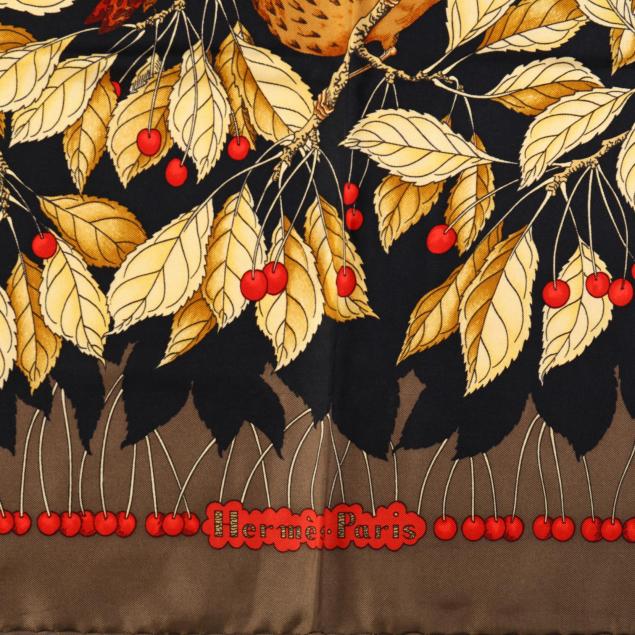 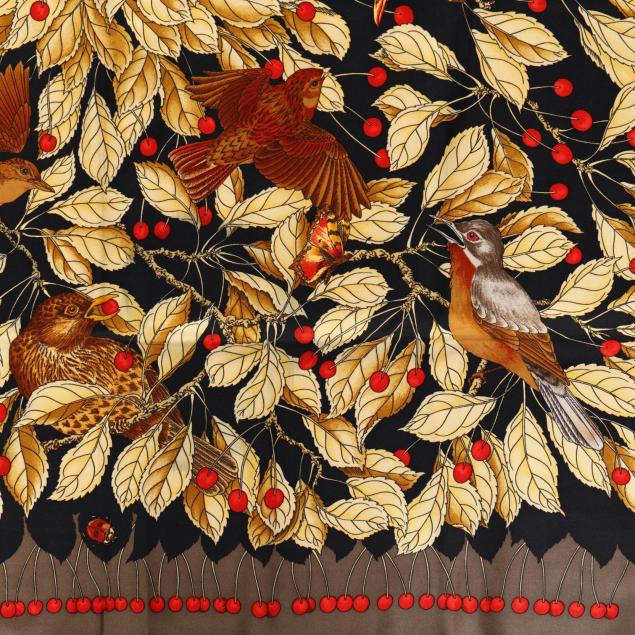 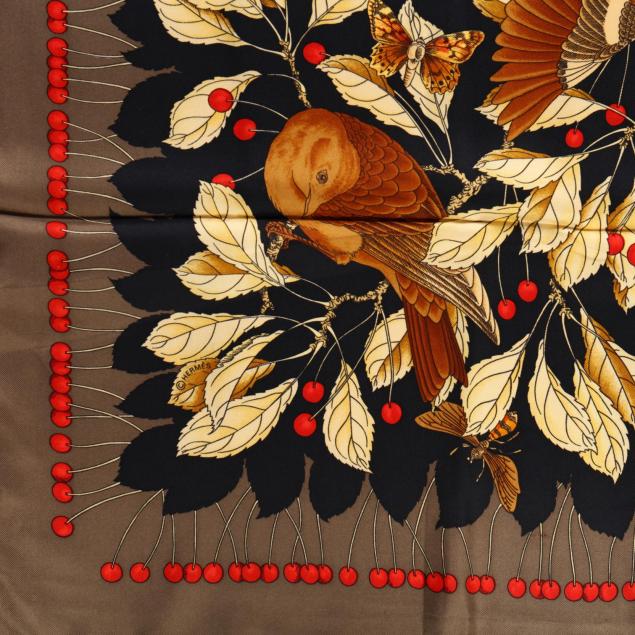 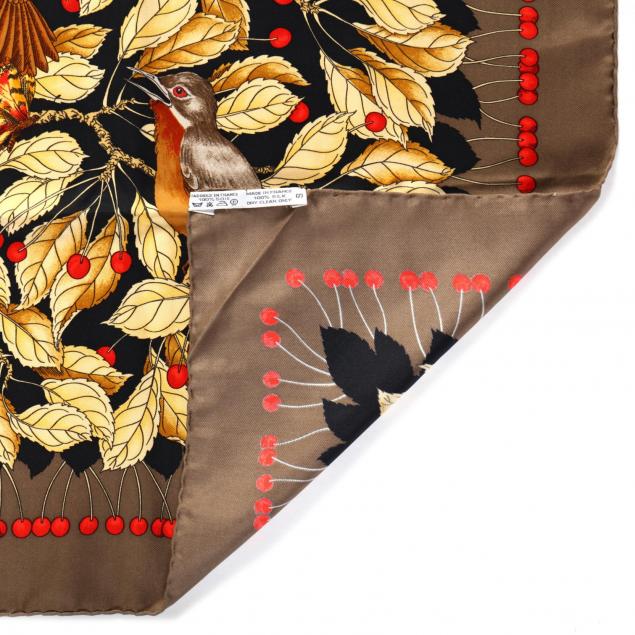 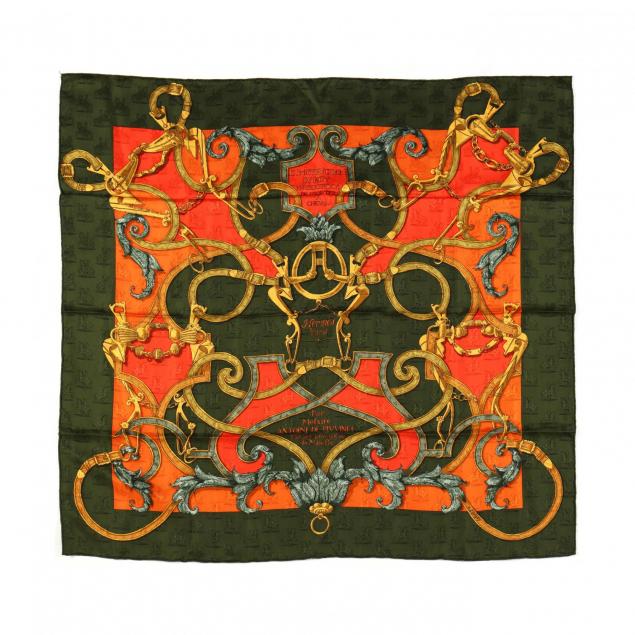 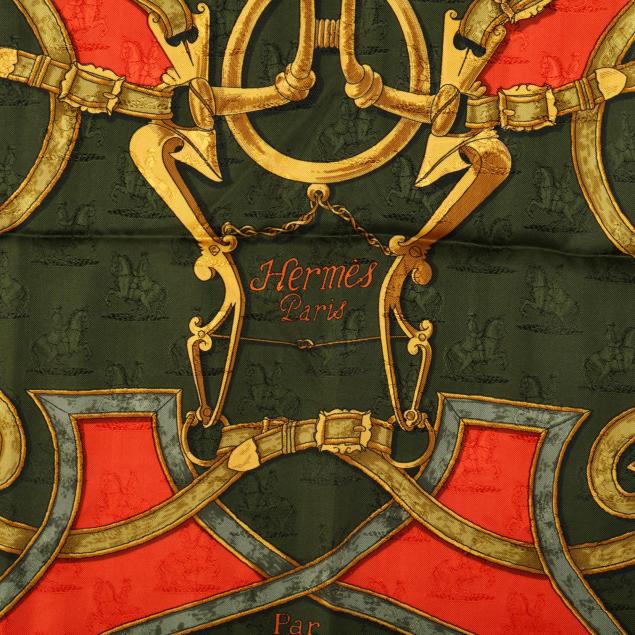 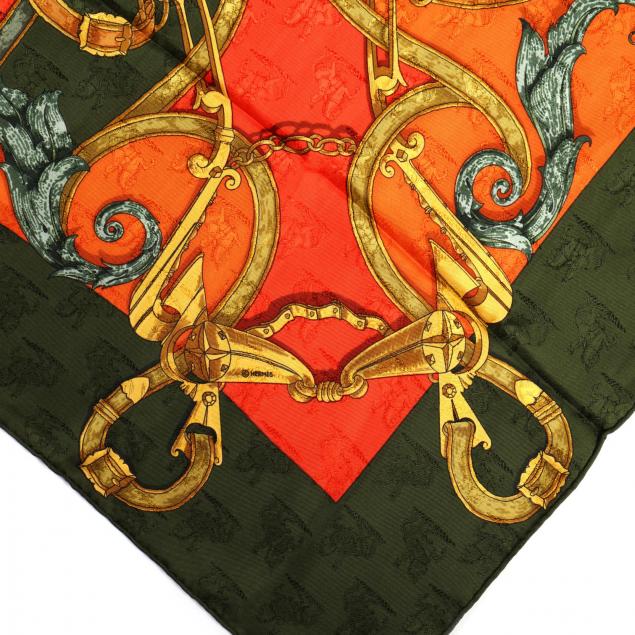 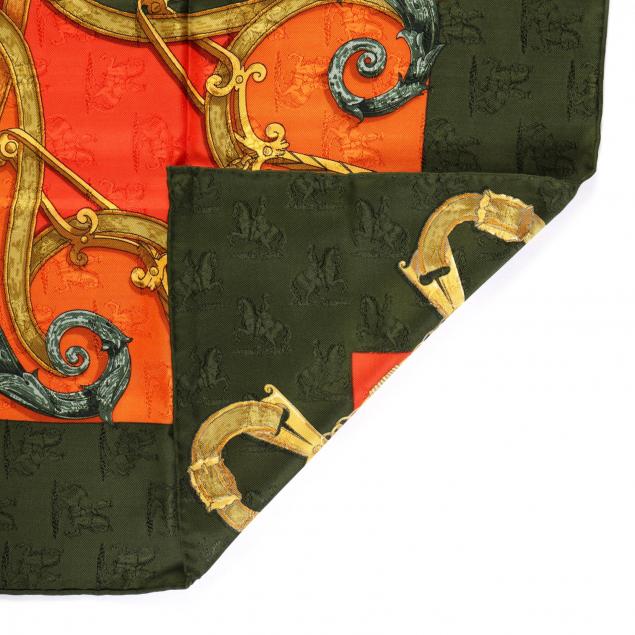