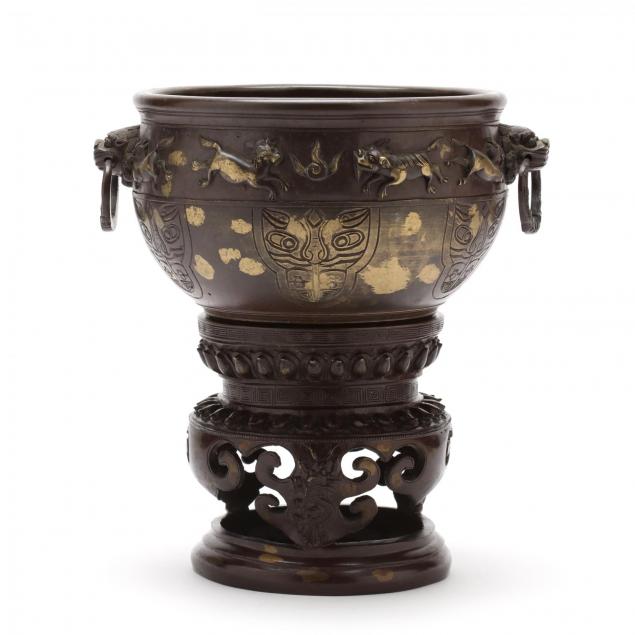 Lot 353
A Chinese Gilt Splashed Bronze Censer and Stand
Lot Details & Additional Photographs
Qing dynasty, 19th century, the base with an apocryphal Xuande mark, the sides of the censer are incised with six lappets enclosing taotie masks, rings hang on either side clasped by a lion, a band of mythical beasts chasing a flaming pearl encircles the censer near the rim, the ornate stand has alternating rows of raised and overlapping petals and key motif, raised on three double ruyi form legs each with a striding dragon. 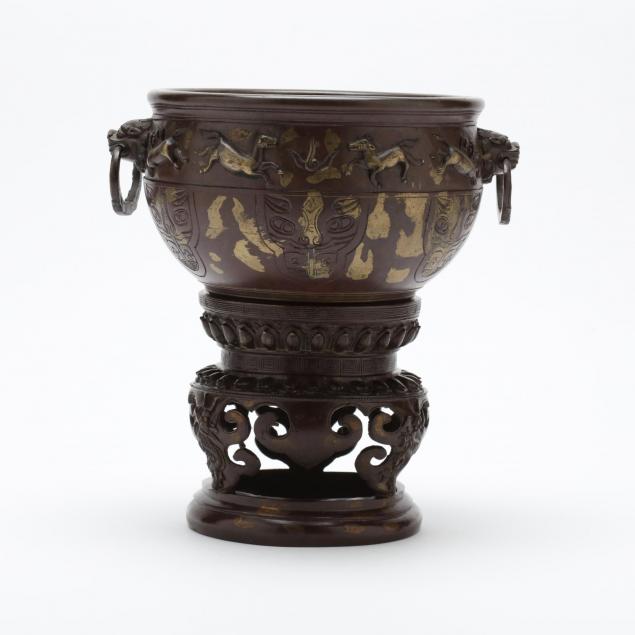 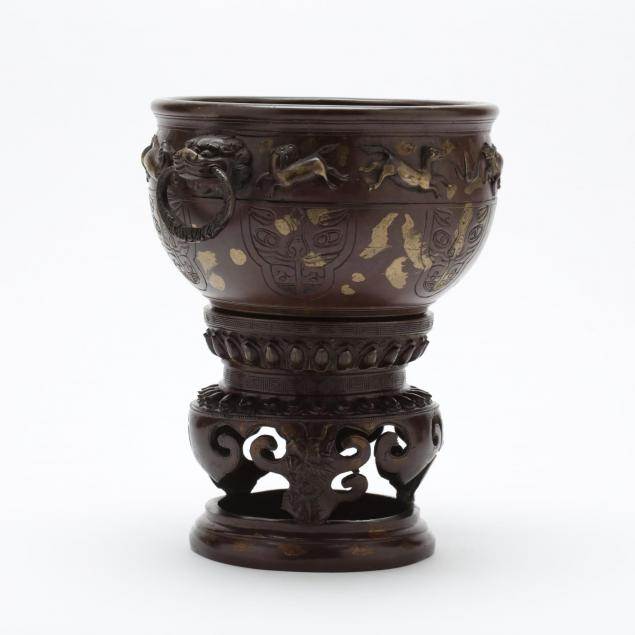 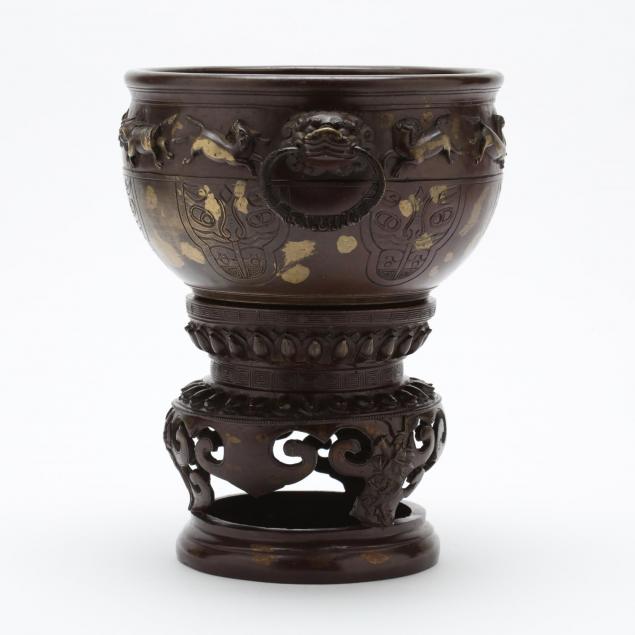 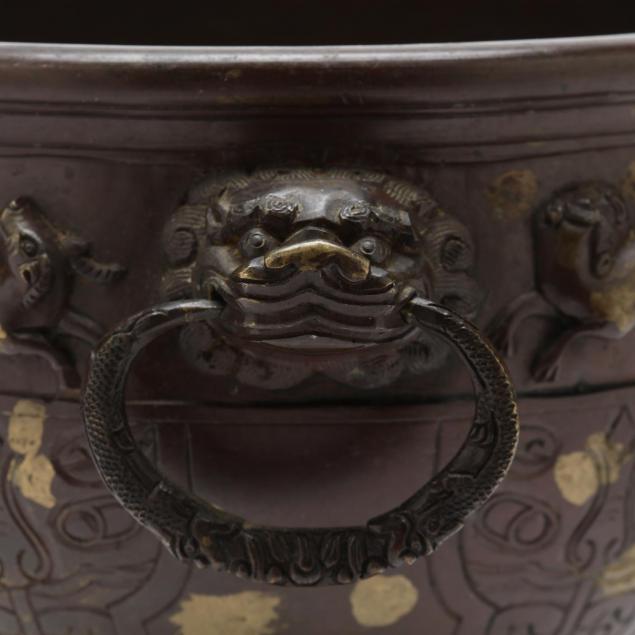 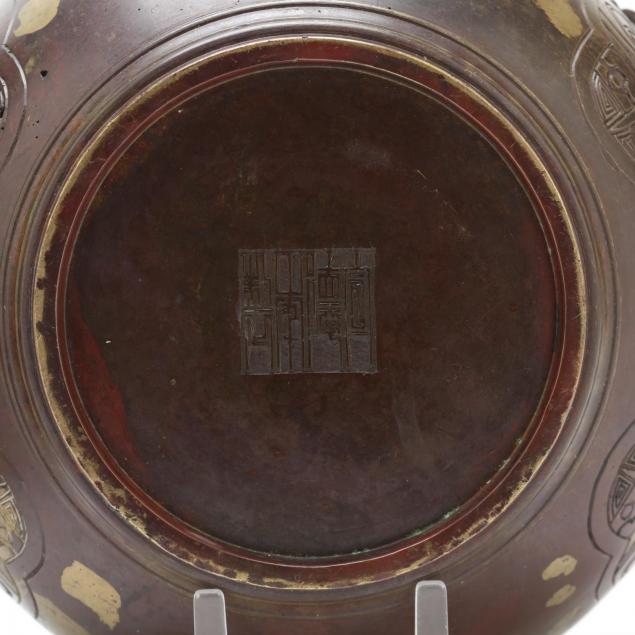