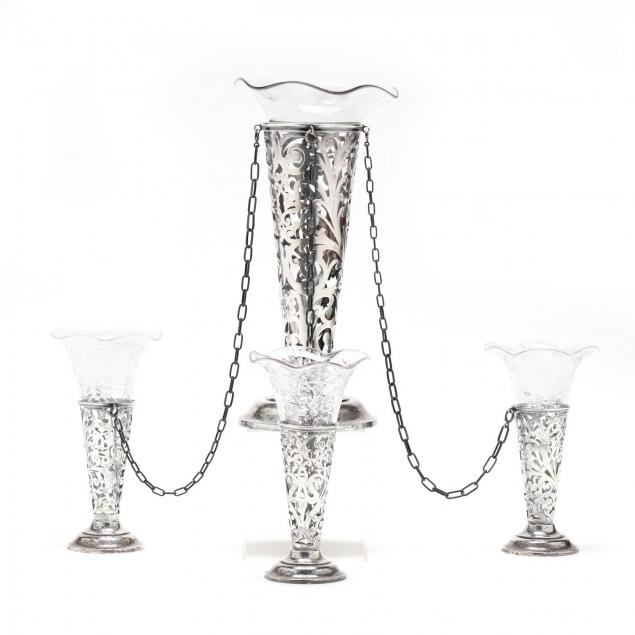 Missing one smaller silver vase; the larger glass vase with small chip to rim and is likely a later replacement. 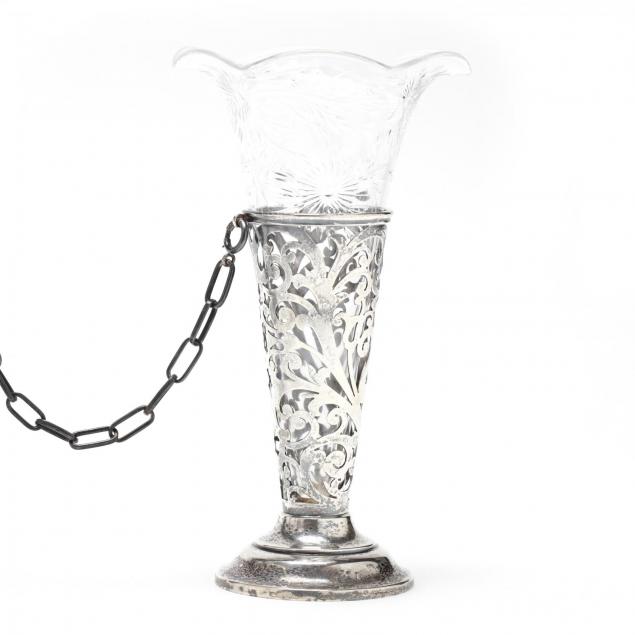 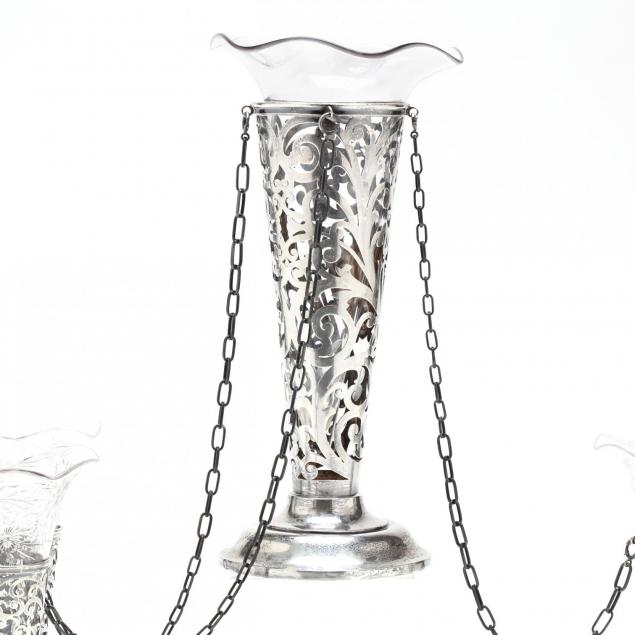 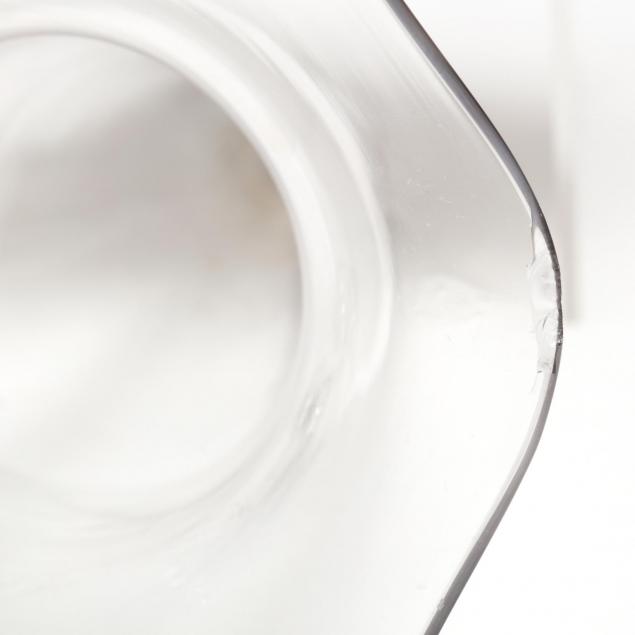 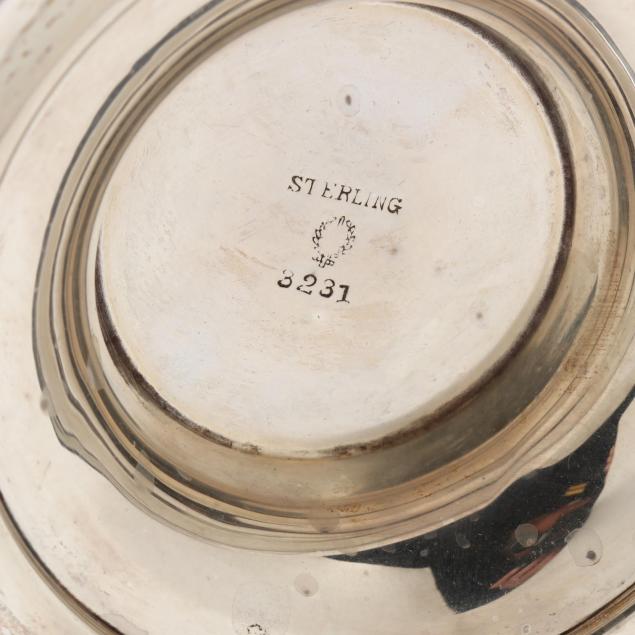 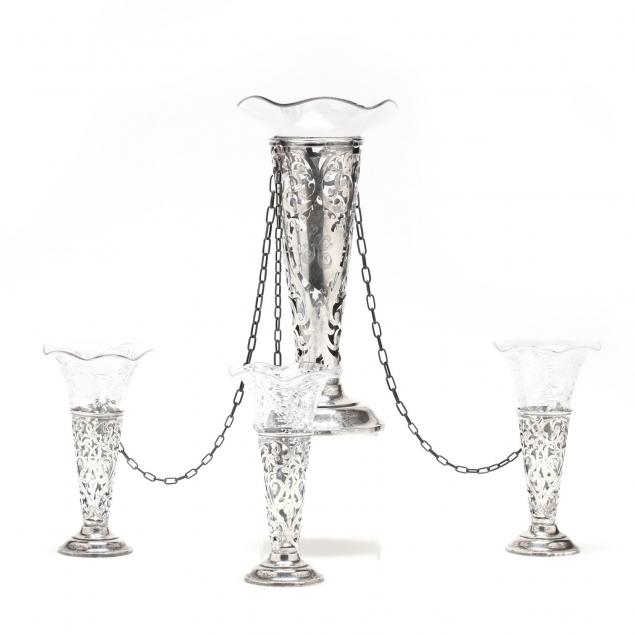 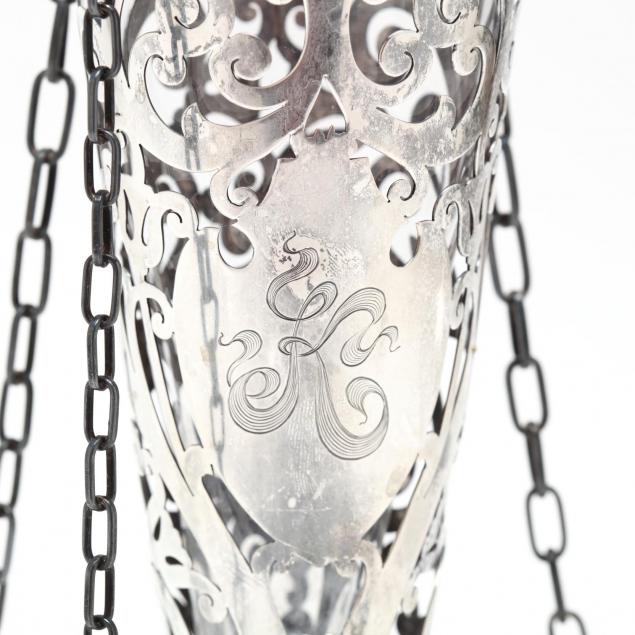