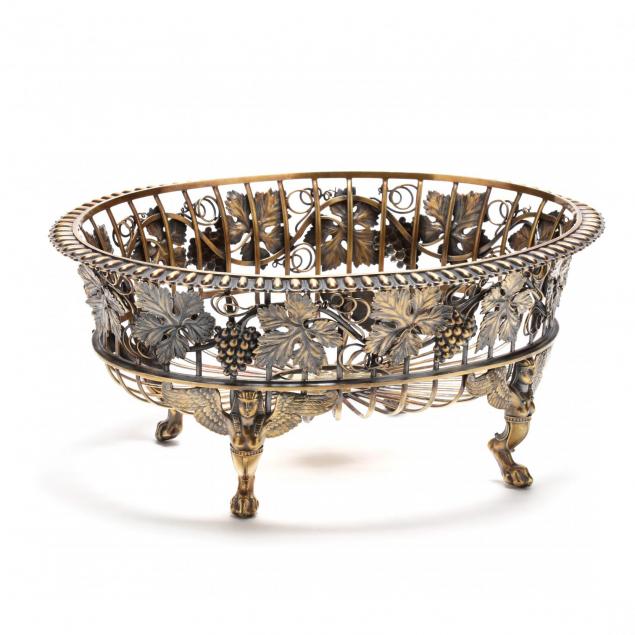 The crest is that of Lord Foley, a title dating from 1776. The family seat was Witley Court in Worcestershire, on which the third Baron spent huge sums around 1805, including retaining the services of John Nash. The third Baron, Thomas Foley VII, succeeded to the title and house on his father's death in 1793 and was married in 1806 to the daughter of the Duke of Leicester. The grand Italianate manor house, Witley Court, was sold to the Earls of Dudley following Foley's death in 1833. The Dudleys were forced to sell the house after WWI and in 1937 a major fire left the manor a spectacular ruin. The ruins, gardens, and fountains are now maintained by English Heritage and Grade I listed.

We wish to thank Clive E. A. Cheesman, Richmond Herald, College of Arms, London, for his assistance in cataloguing this lot.

This ornate fruit basket was likely one of a pair in a large dessert service. The eclectic marriage of the Bacchic grapevines with the Egyptian sphinx were the height of fashion in Regency England. The silversmiths Scott and Smith were associated with the great firm of Rundells, which received the royal warrant in 1797 and was a personal favorite of the Prince of Wales and the Duke of York. In 1806, George IV, as Prince of Wales, commissioned "The Grand Service" from this same firm. This service included pieces wrought by Digby Scott, Benjamin Smith II, and Paul Storr, all in varying designs featuring Egyptian, Greek, Roman, and neo-rococo motifs unified by a rich gilding and still in use by the monarchy today. 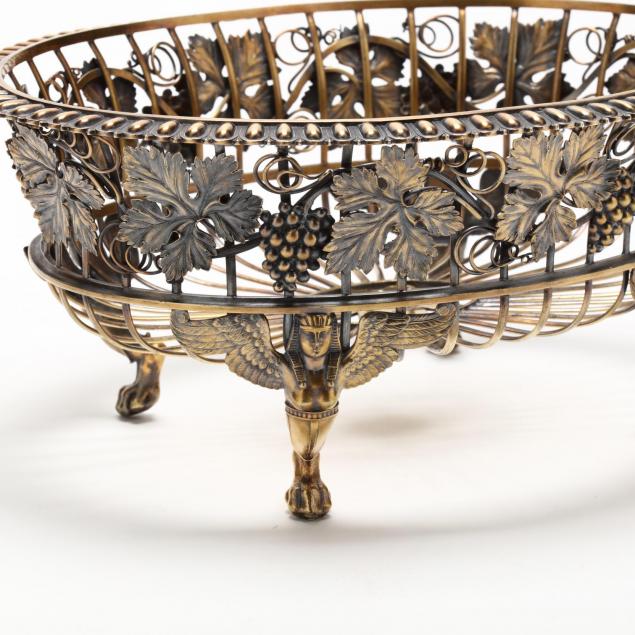 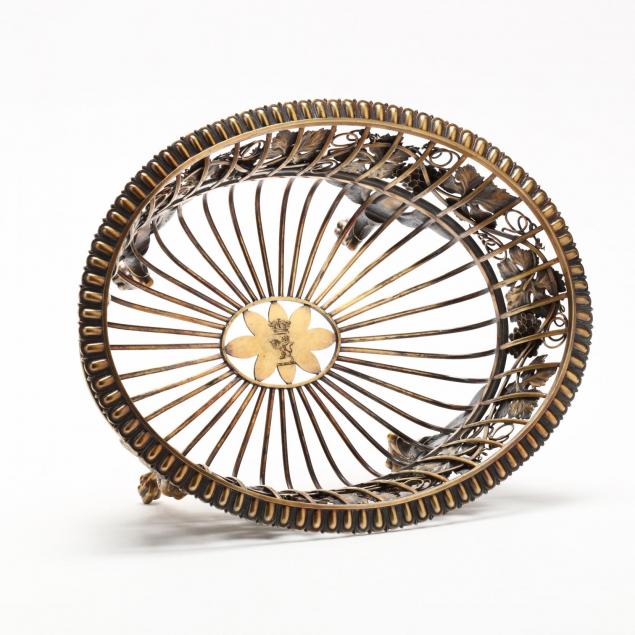 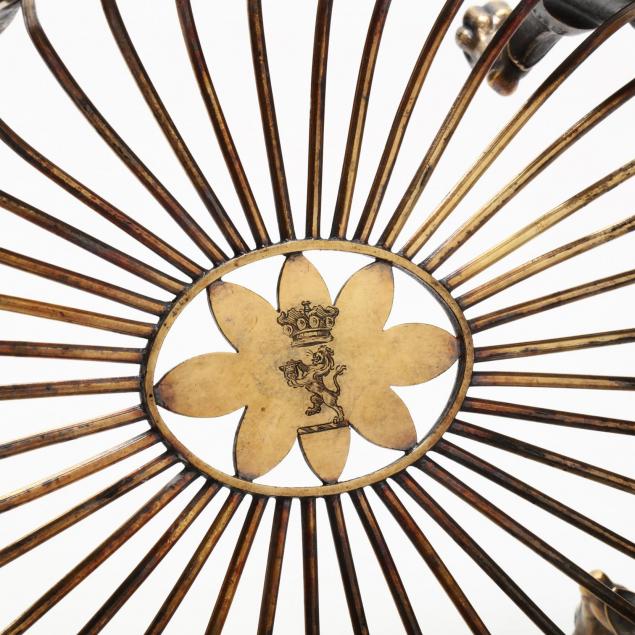 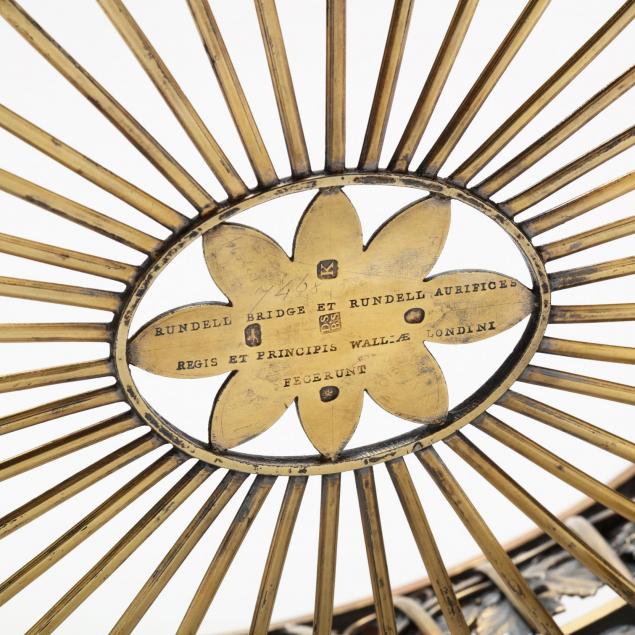