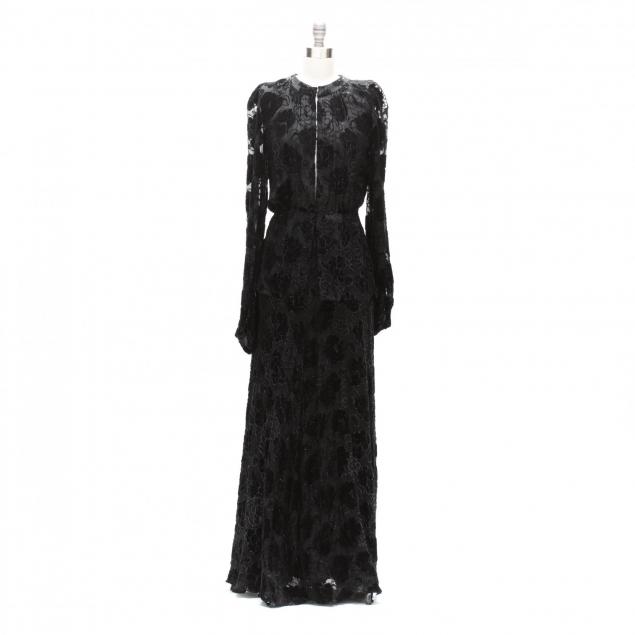 Lot 157
Elegant Designer Gown, Thea Porter
Lot Details & Additional Photographs
Made in England, a floor length gown composed of velvet flocked chiffon, long sleeves terminating in small cuffs with hook and eye closure, the front has hook and eyes above a zipper over peplum at the waist, the skirt is lined in a silk satin and flows to the floor with a ruffled hem.

Labeled European size 12; Approximate natural waist to hem 45 in.; Mannequin is a size 2.

Born in Jerusalem and raised in Damascus, Syria, Thea Porter was educated at London University. She established her own boutique in Soho selling textiles and clothing of her design, eventually opening a shop in Paris as well as establishing an in-store boutique at Henri Bendel in New York.

Very good estate condition with no obvious flaws. Bidders understand that due to age and use, vintage textiles have flaws and losses that may not be apparent. 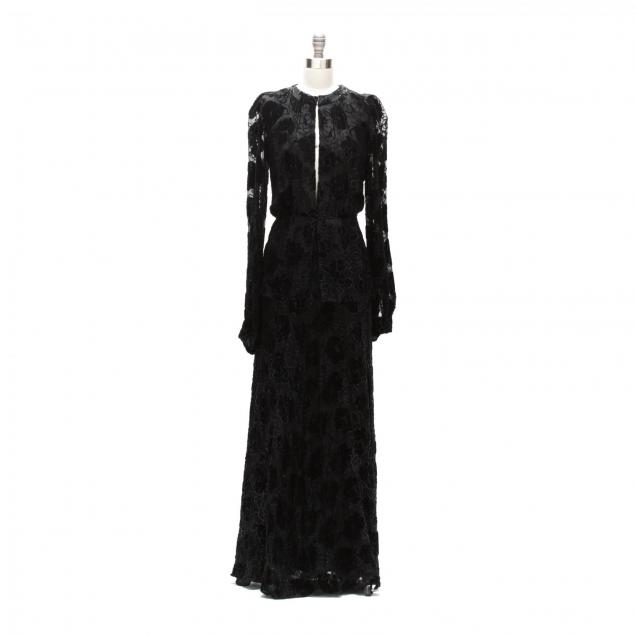 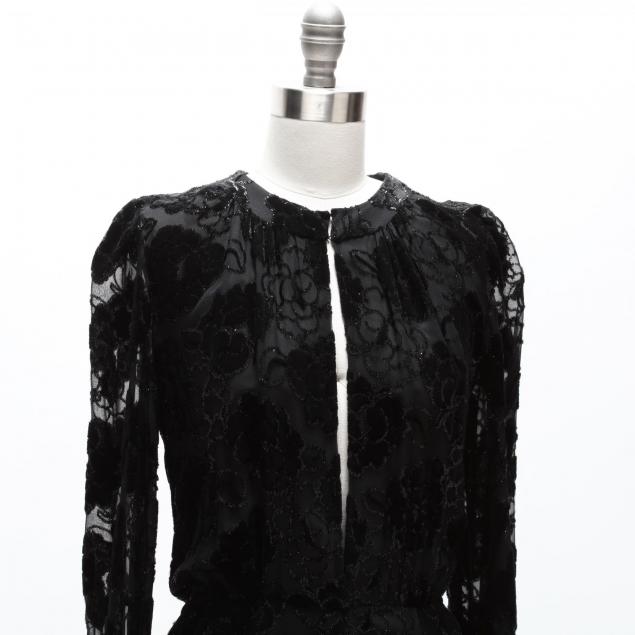 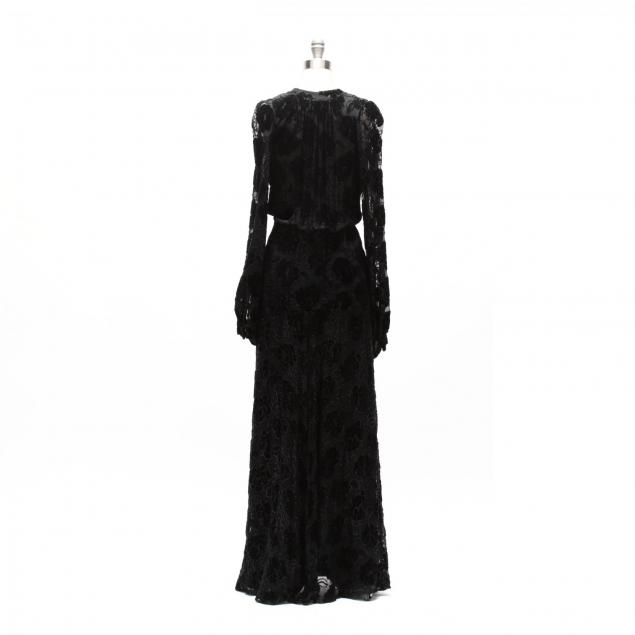 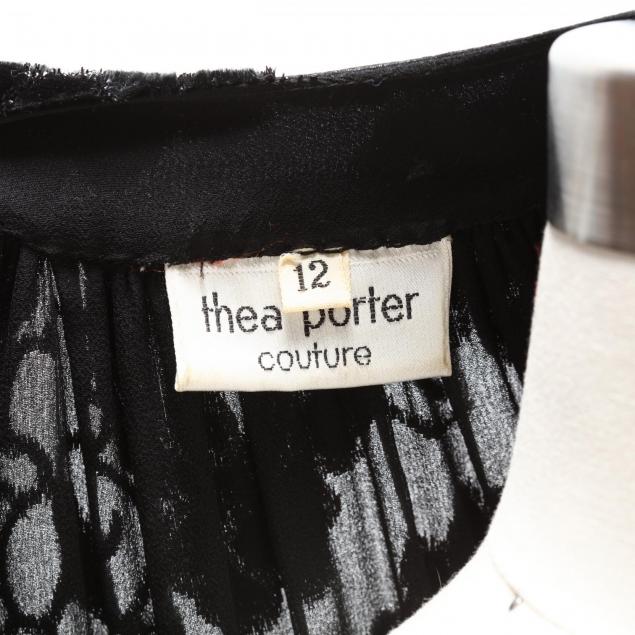