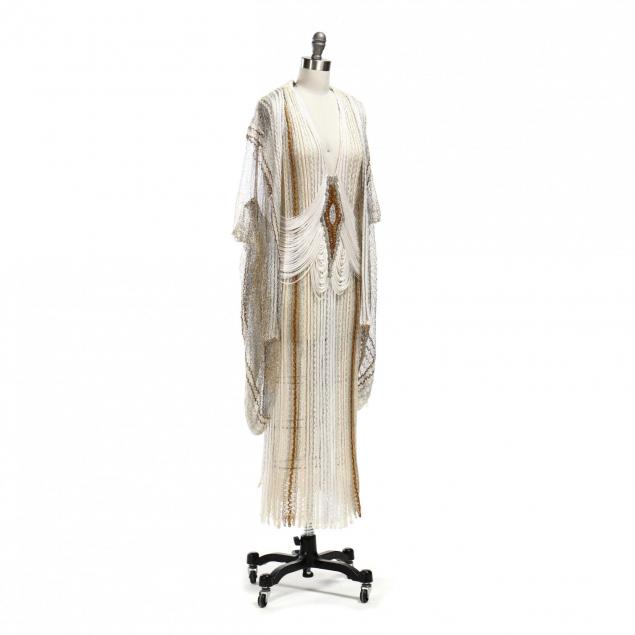 Several areas of break to the threading of the outer garment, the most significant to the right rear panel and proper left sleeve. Bidders understand that due to age and use, vintage textiles have flaws and losses that may not be apparent. 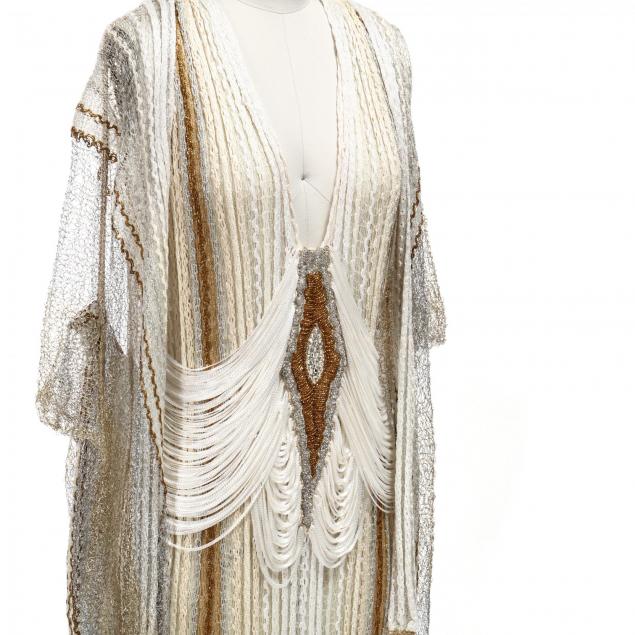 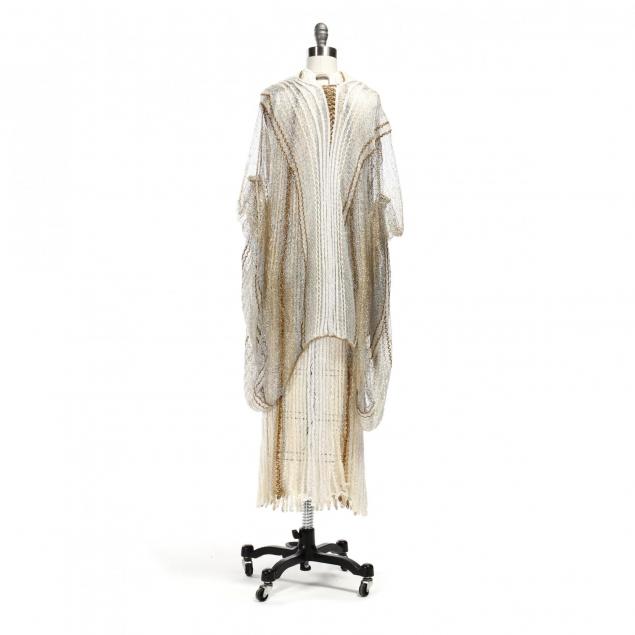 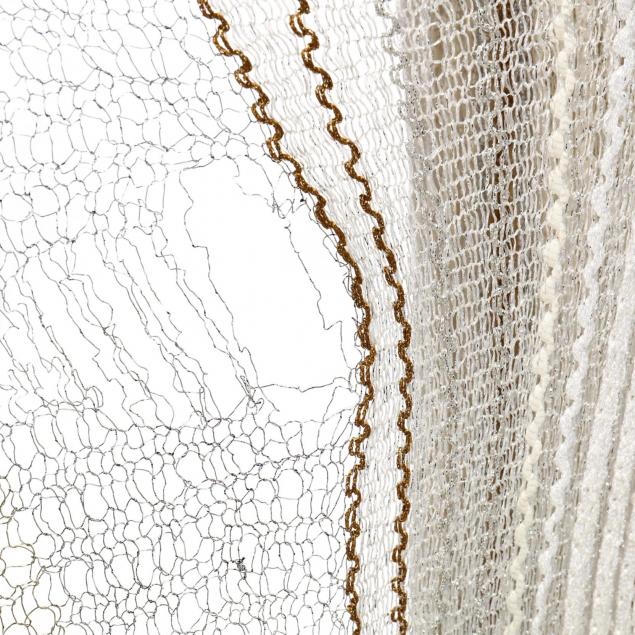 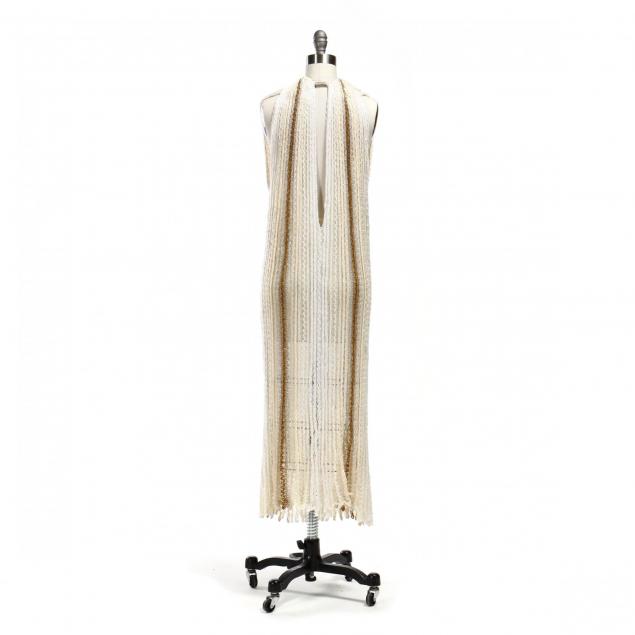 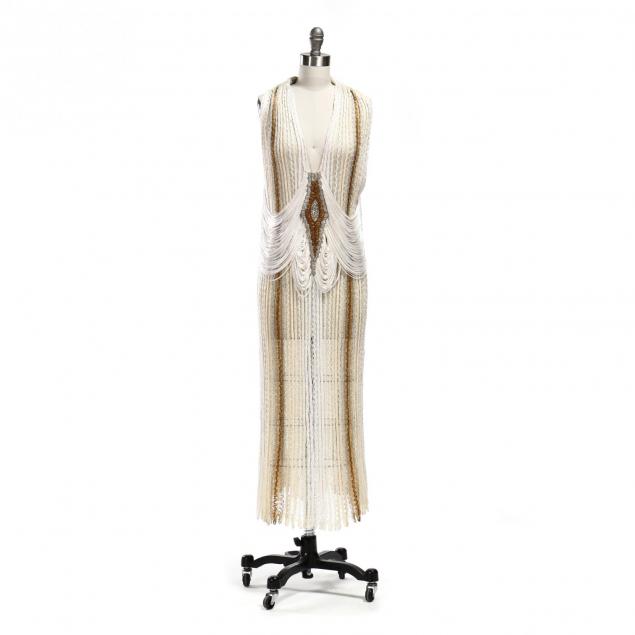