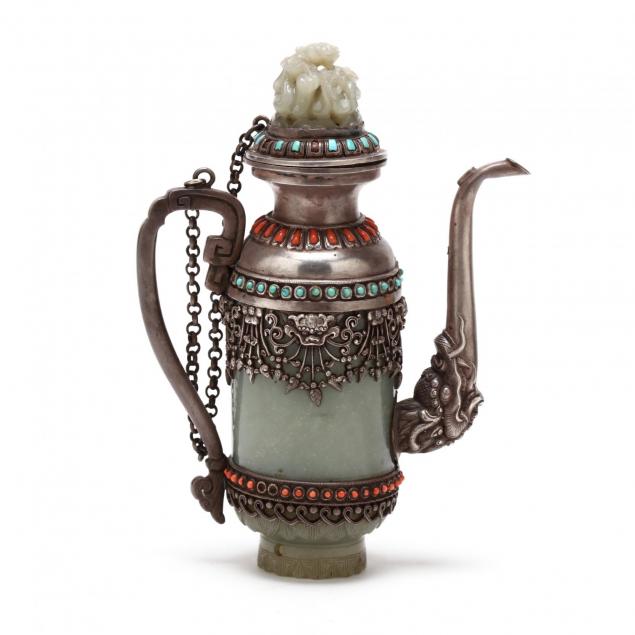 Lot 429
A Tibetan or Mongolian Ceremonial Nephrite Jade Ewer
Lot Details & Additional Photographs
Circa 1700, this finely crafted and elegant ewer is created from a single piece of nephrite jade, the silver filigree mounts are finely crafted with kirtimukha faces and featuring beaded rows with coral stones, the lid to the ewer is inlaid with turquoise stones and topped with a shaped nephrite jade figure resting on a cloud, the spout emerges from the mouth of a makara or dragon.

Similar to a Tibetan or Mongolian Ceremonial Urn in the Los Angeles County Museum of Art's collection, Accession # M.83.247a-b.

Some pushes to metal rim; the spout has been pushed in a bit on one side; two small holes in jade foot; missing seven turquoise inlays and five coral inlays; spout has been glue evident from repair. 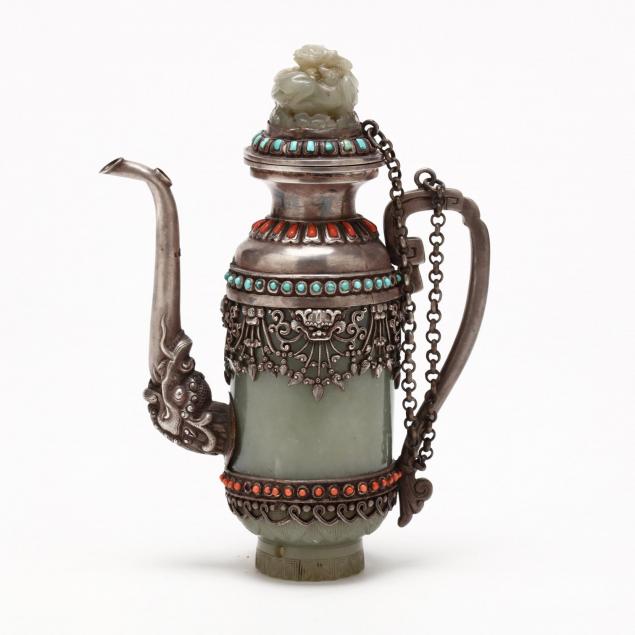 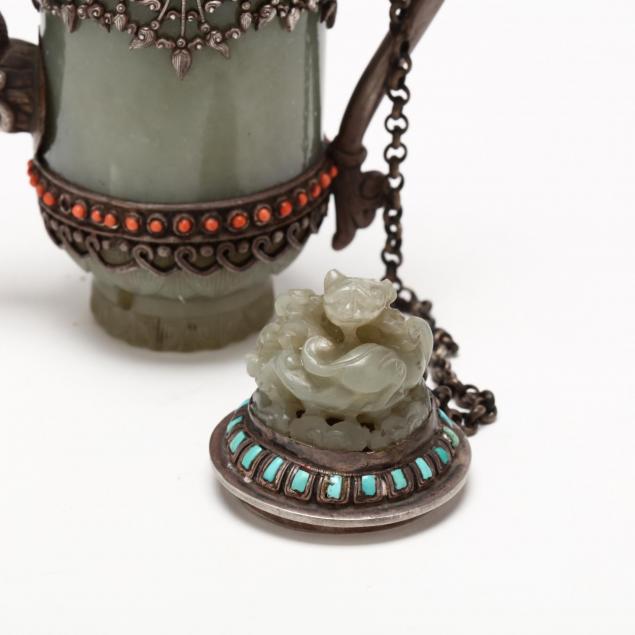 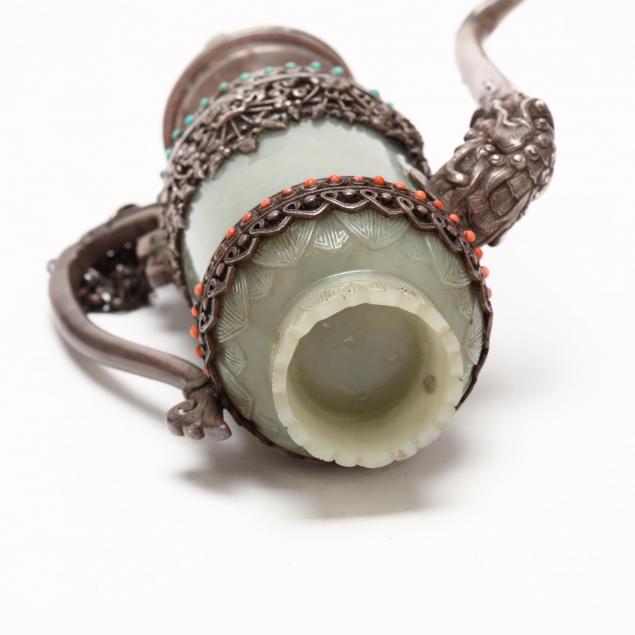