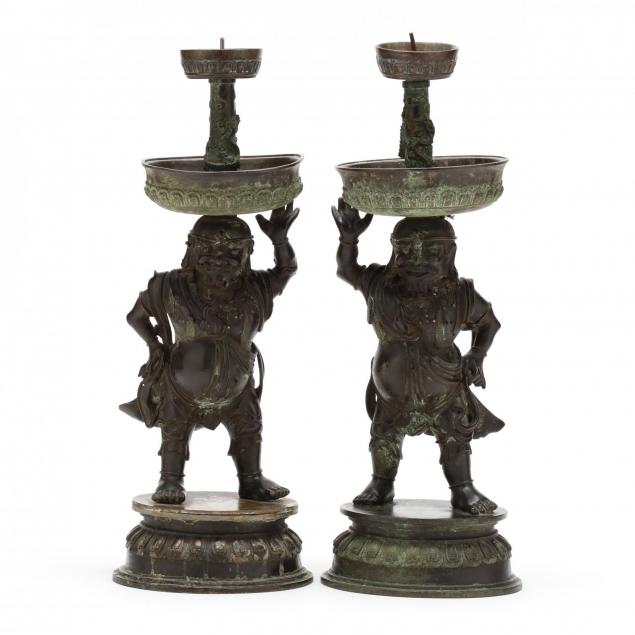 Lot 395
A Rare Pair of Chinese Bronze "Foreigner" Pricket Candlesticks
Lot Details & Additional Photographs
Late Ming dynasty or early Qing dynasty, 17th century, very finely cast "foreigner" figures standing barefoot with billowing scarves, large bellies, round cheeks, exaggerated eyes, and hairstyles, embellished with colored inlay glass beads around their neck, each figure holds up one muscular arm to support the drip tray for the candle, they stand on a round elevated base with lotus petals and ruyi design and repeated on the drip trays above, the neck of the candlesticks are decorated with dragons and swirling clouds.

A fair amount of verdigris primarily to the upper portion of the sticks, one figure had been previously detached from the lotus base and has a later mounting to base, old repair to arm of one figure, one of the drip trays has been pushed slightly; some slight nicks and losses overall. 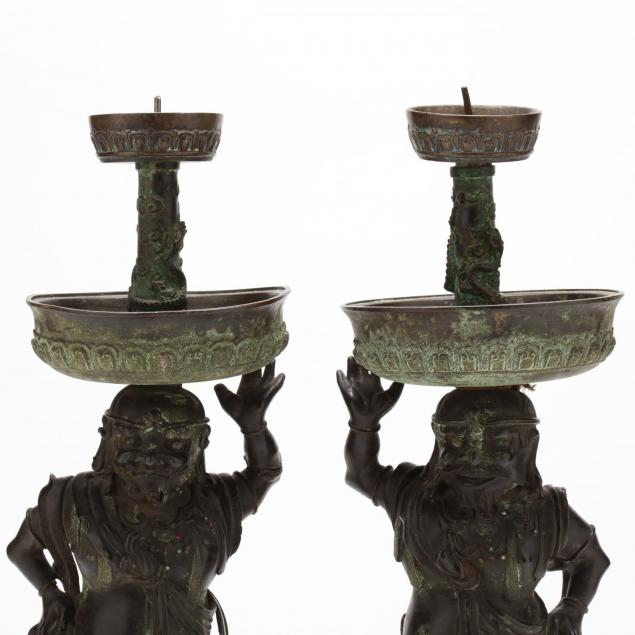 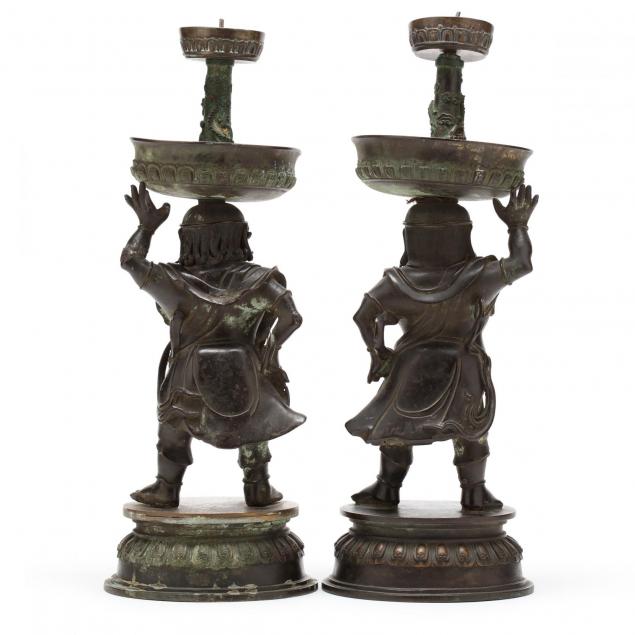 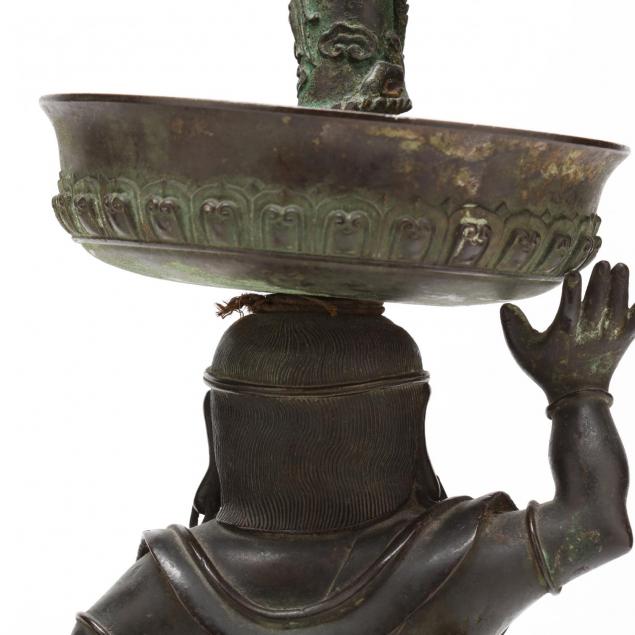 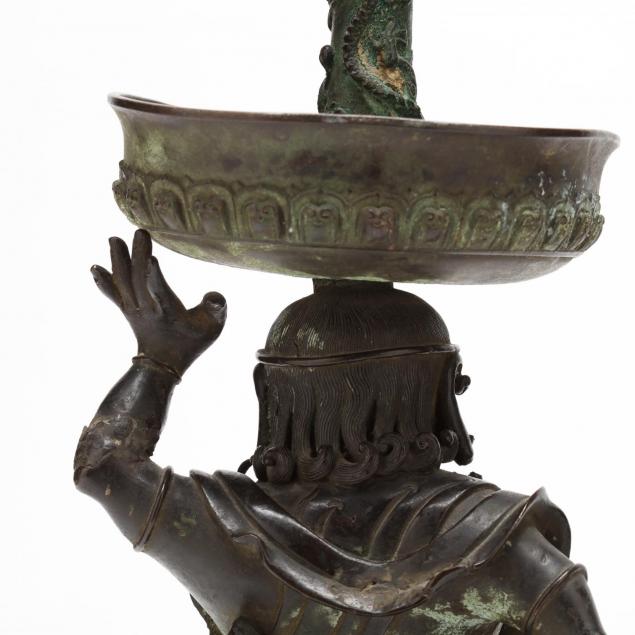 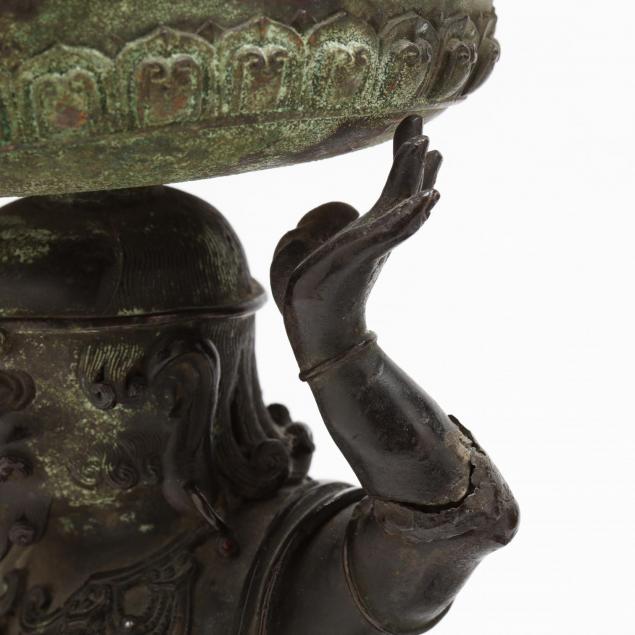 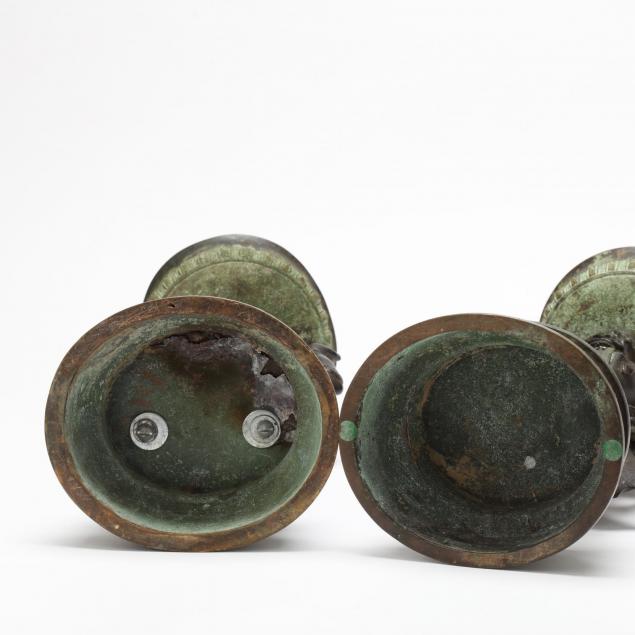