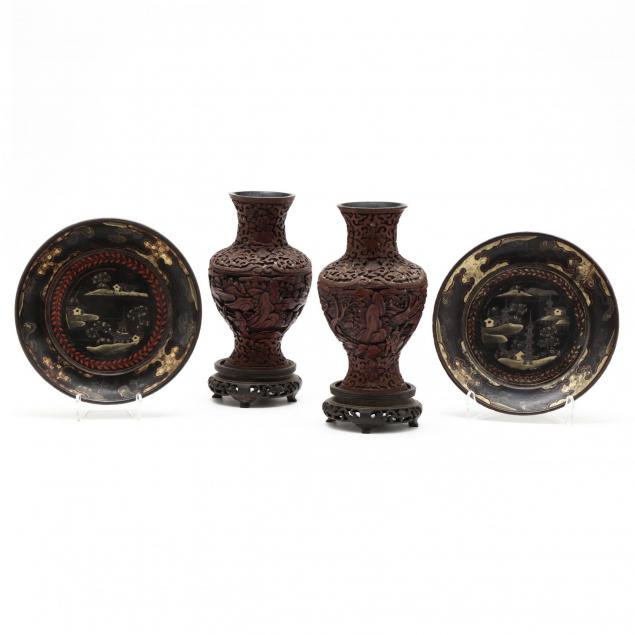 Lot 15
A Group of Chinese Lacquer
Lot Details & Additional Photographs
Includes a pair of champleve style lacquer vases with Chinese figures in a mountainous landscape and floral scrolling pattern above and below, comes with two carved wooden stands, and two black lacquer dishes decorated with gilt and red, a landscape with pagodas and village houses.

Loss of lacquer around the rims of the vases; dirt remains; some rubbing and loss to lacquer; a crack with loss to one dish rim and a crack with repair to other. 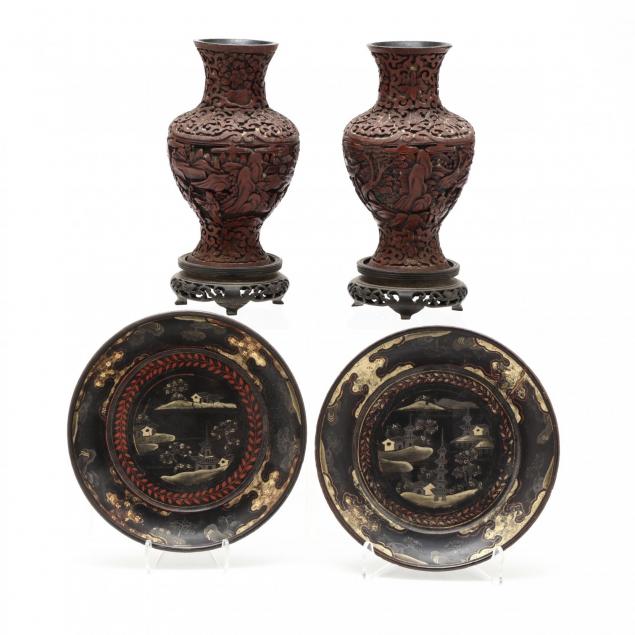 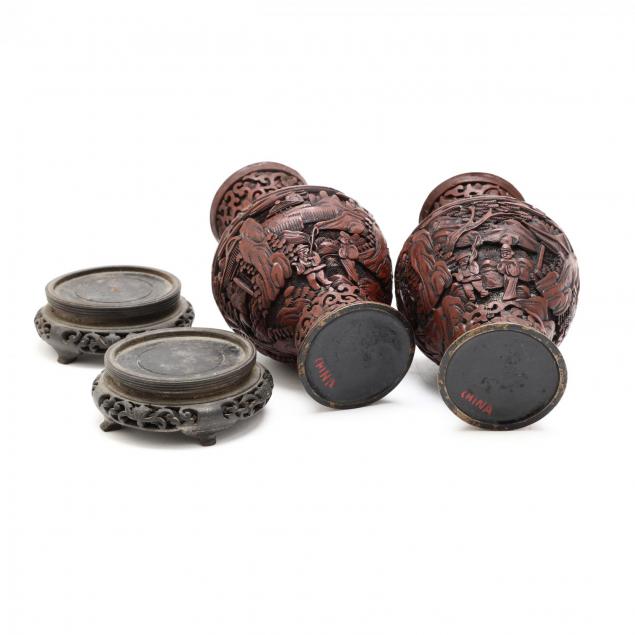 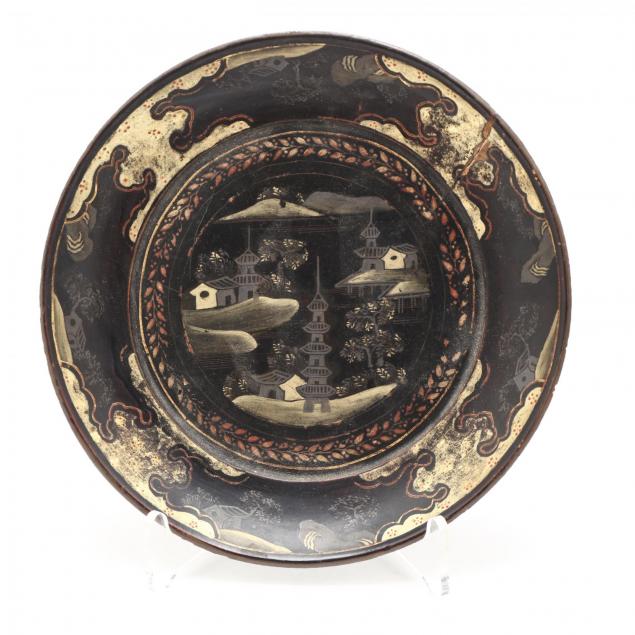 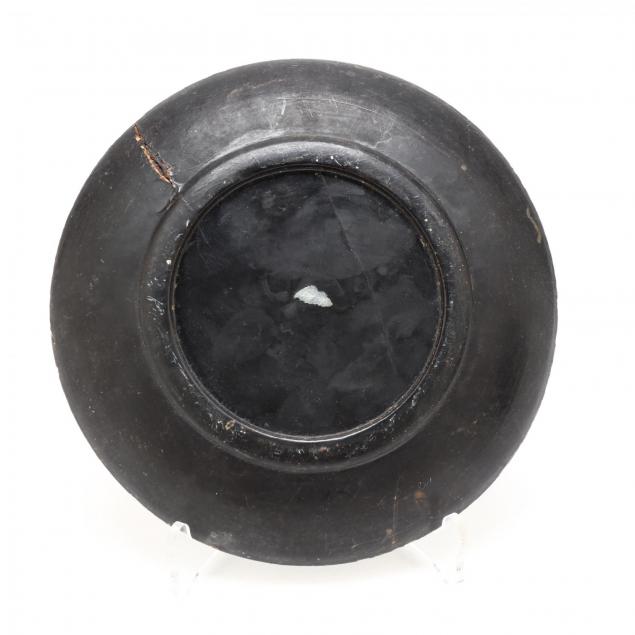 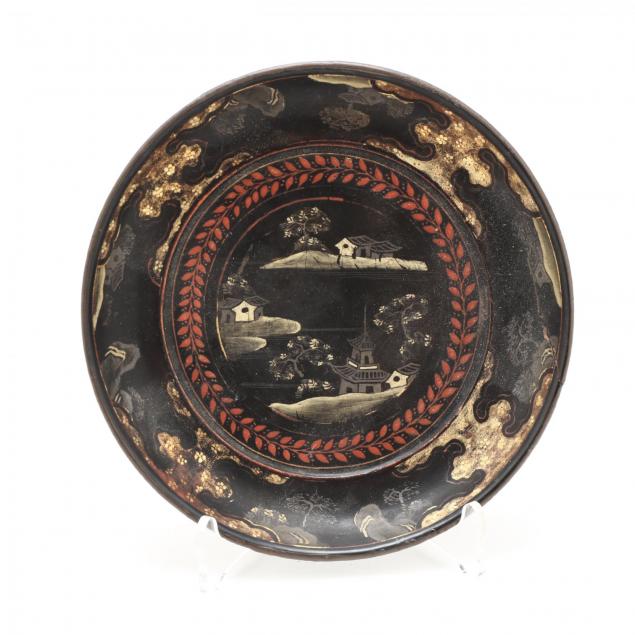