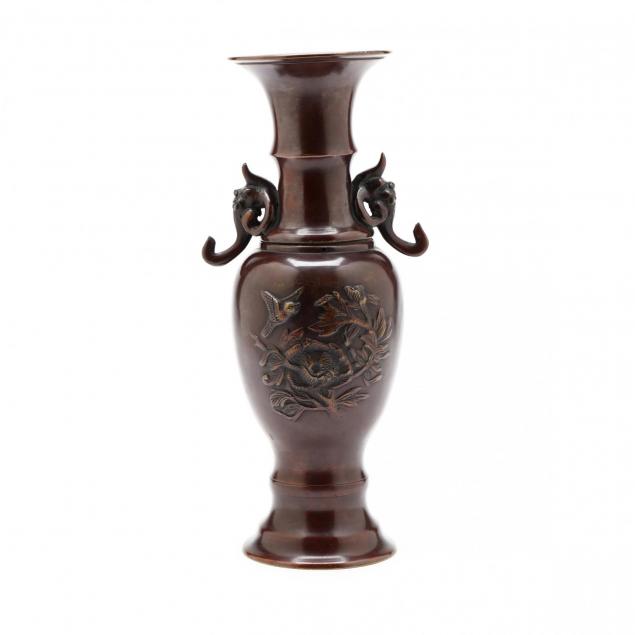 Lot 13
An Asian Bronze Vase
Lot Details & Additional Photographs
Classic style with raised decoration on each side of birds and flowers.

Pushes at rim of foot; two small holes at either side of lower neck. 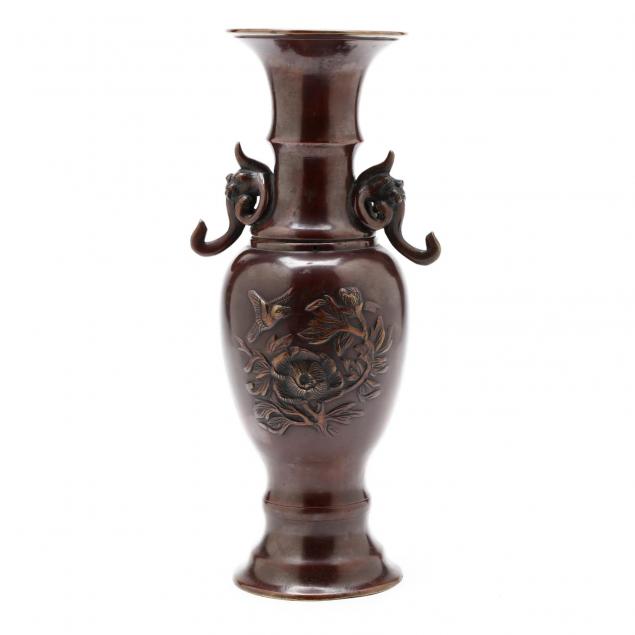 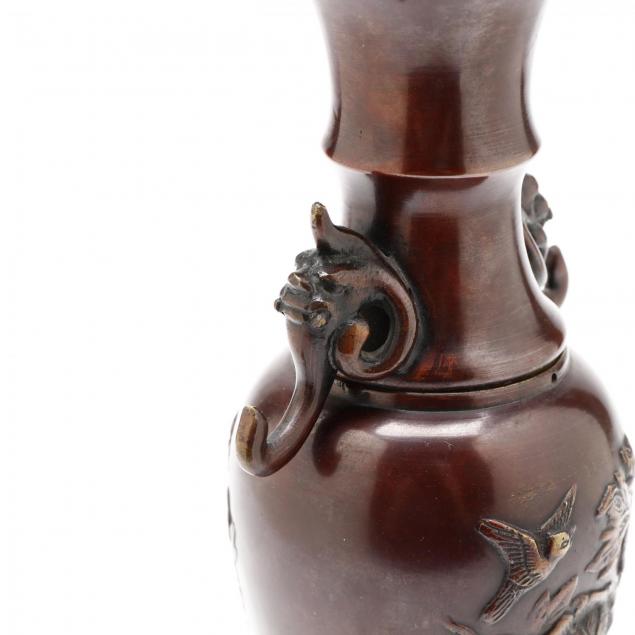 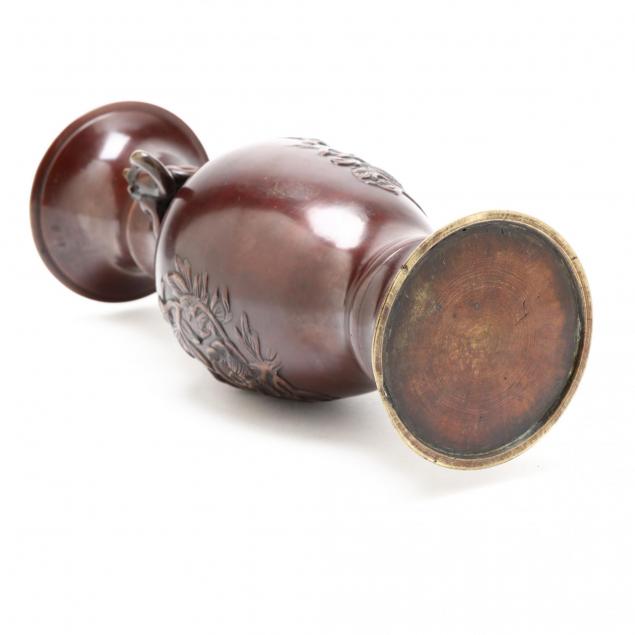