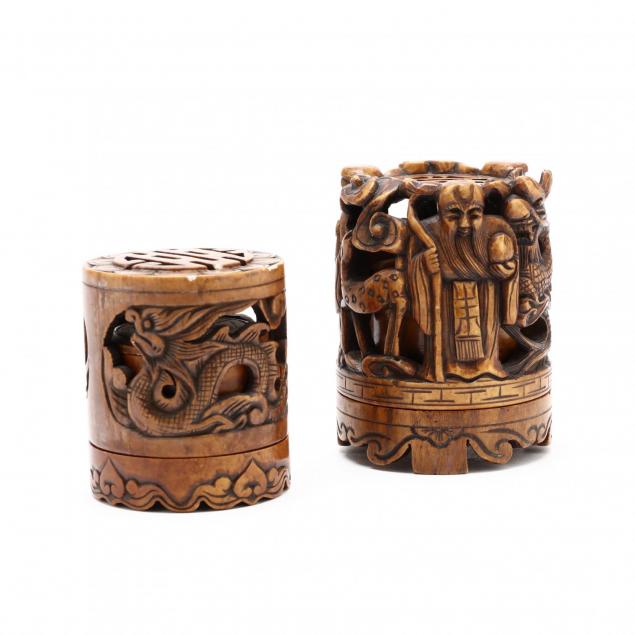 Lot 17
Two Chinese Finely Carved Hardstone Incense Burners
Lot Details & Additional Photographs
Both incense burners are cylindrical with carved reticulated covers that lift off topped with a longevity symbol, the interior is a solid cored holder for the incense, the smaller incense holder has a cover with an incised longevity symbol, the outside shell has carved dragons, the larger incense burner has a shell carved with the god of longevity and his deer among other figures. 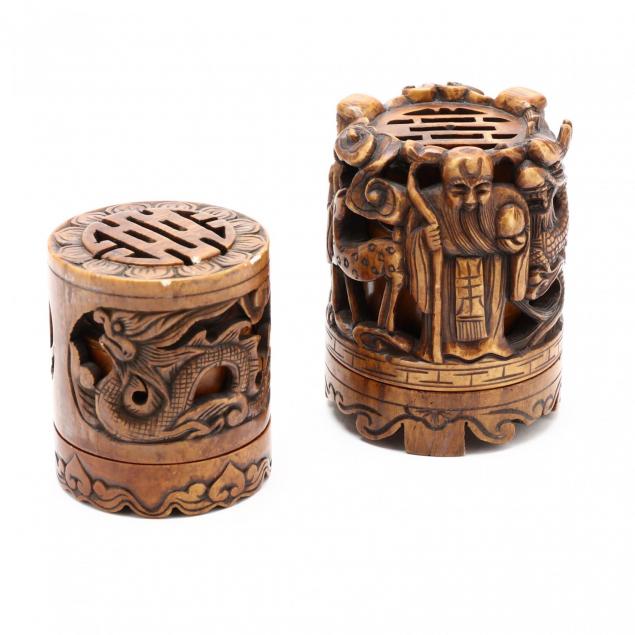 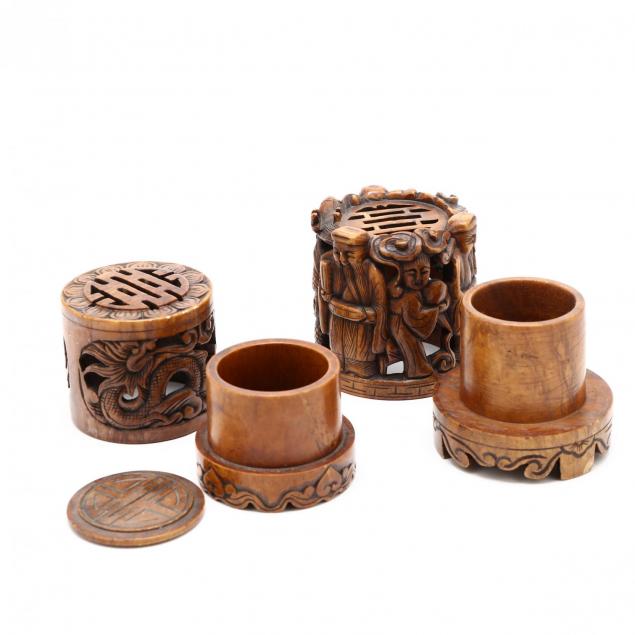 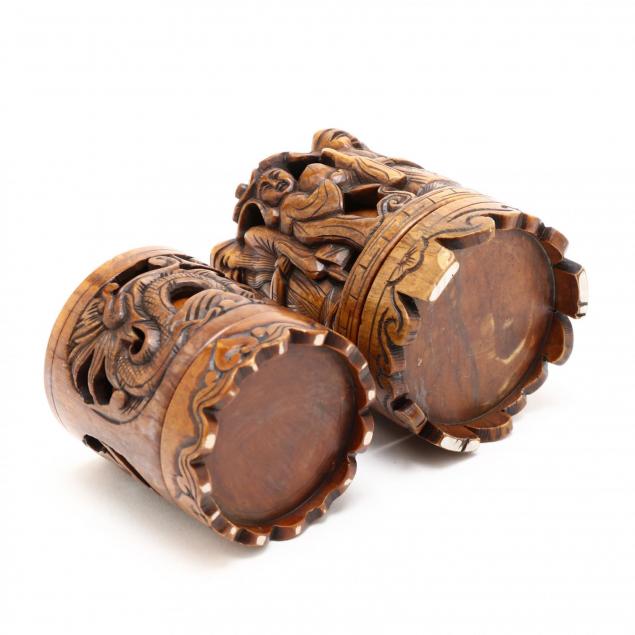