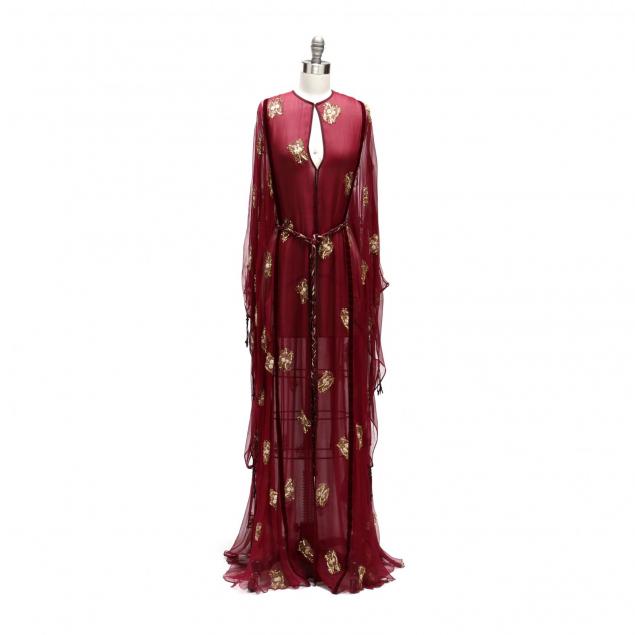 Adaptable size; Shoulder to hem 58 in.

Born in Jerusalem and raised in Damascus, Syria, Thea Porter was educated at London University. She established her own boutique in Soho selling textiles and clothing of her design, eventually opening a shop in Paris as well as establishing an in-store boutique at Henri Bendel in New York.

Tear and shattering to proper right shoulder. Bidders understand that due to age and use, vintage textiles have flaws and losses that may not be apparent. 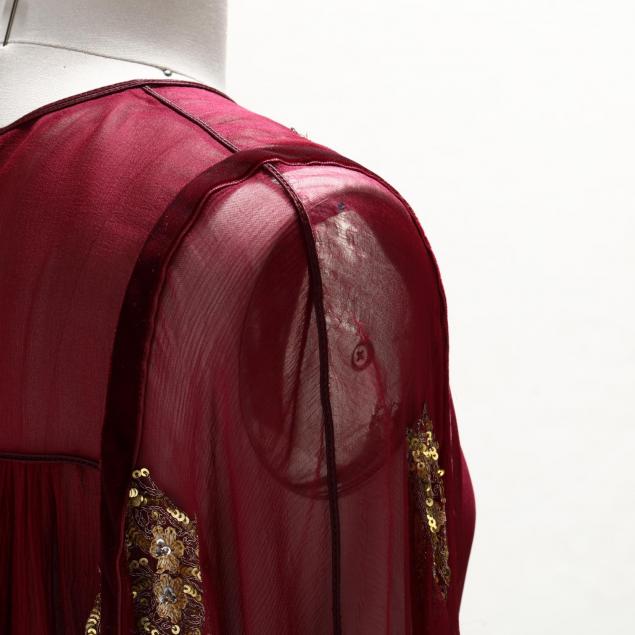 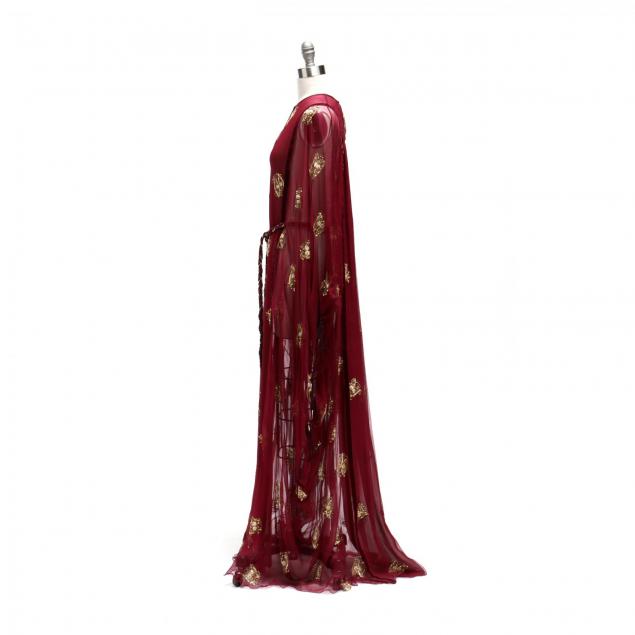 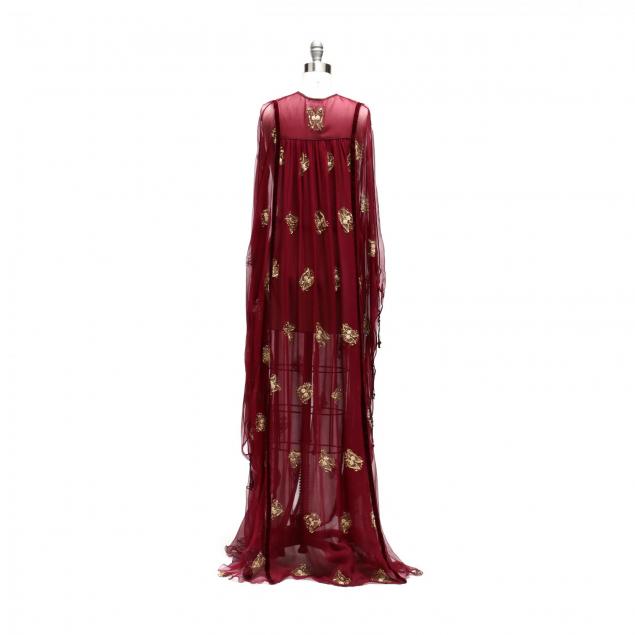 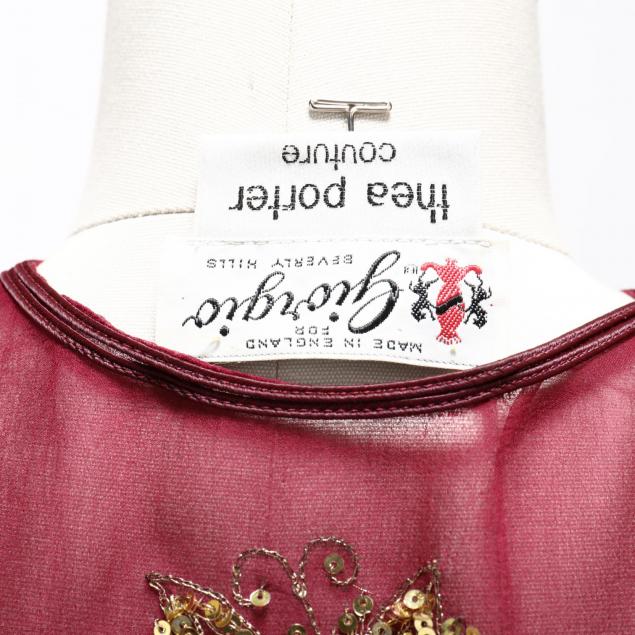