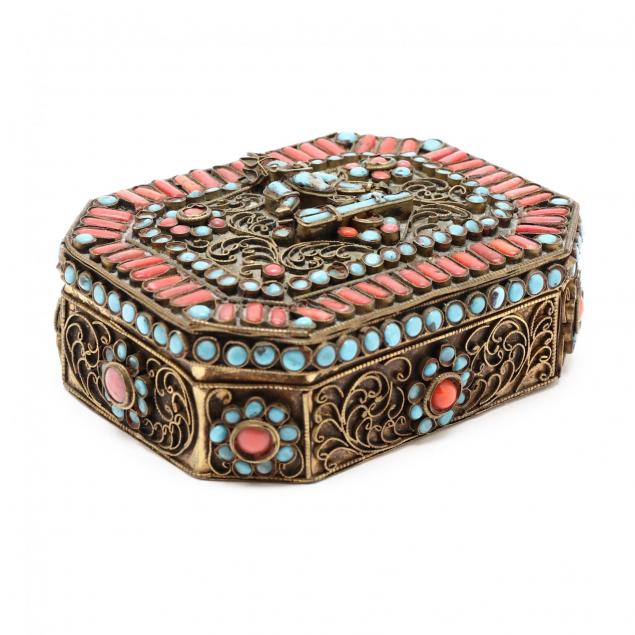 Lot 16
A Tibetan or Nepalese Filigree and Inlay Box
Lot Details & Additional Photographs
A fine devotional box with a raised figure of the Buddha created with filigree and turquoise stones, the elaborately decorated box with inlay of traditional stones of coral and turquoise is a stunning treasure. 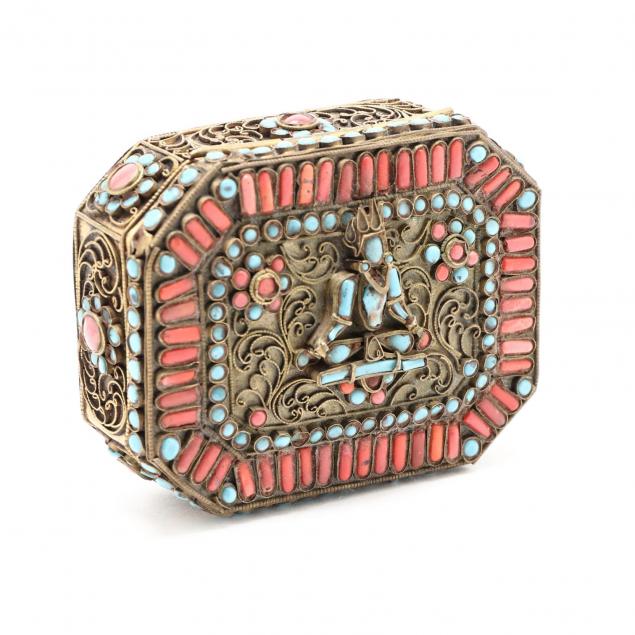 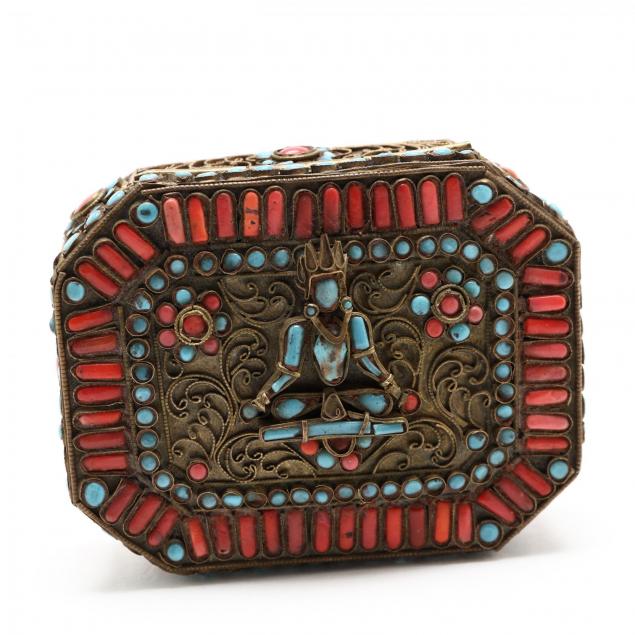 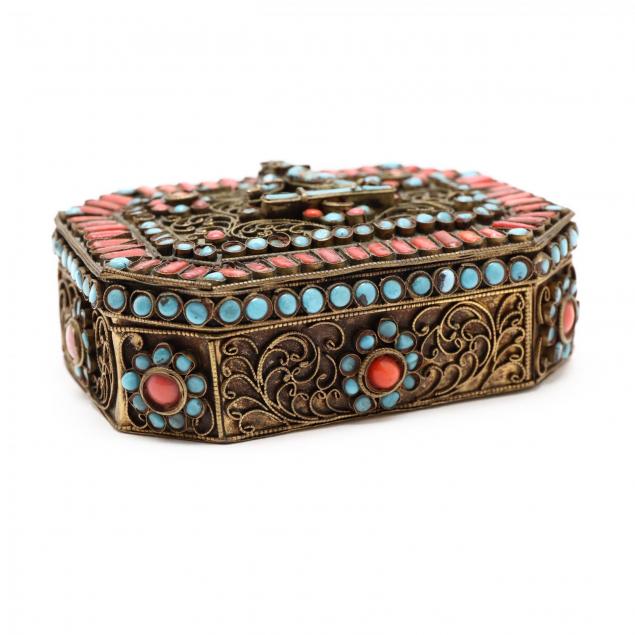 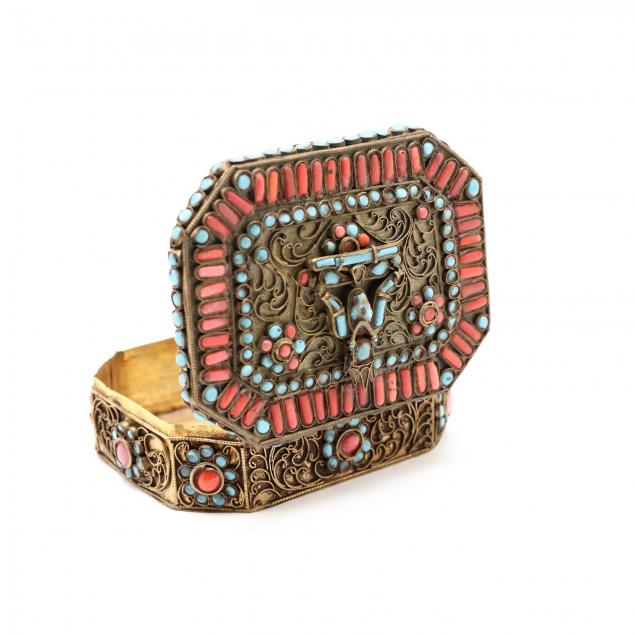