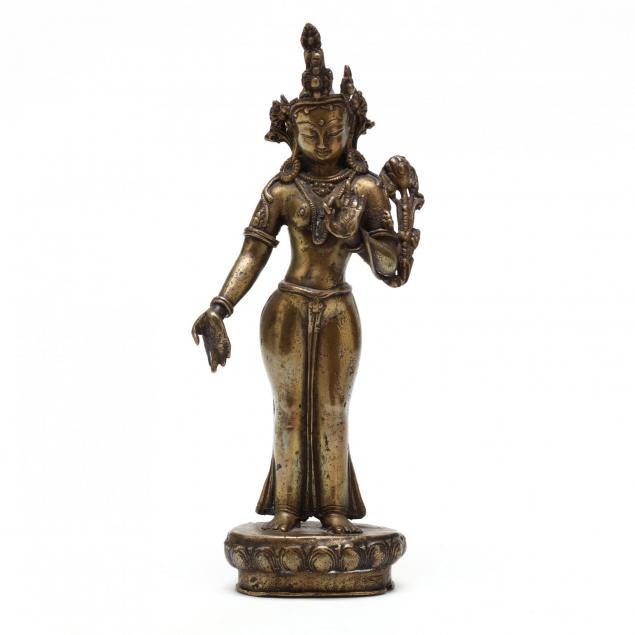 Lot 431
A Nepalese Bronze Sculpture of Green Tara
Lot Details & Additional Photographs
16th or 17th century, Tara stands with her left hand in vitarka with a lotus rising up to her shoulder, and her right hand is in the varada mudra, she is depicted standing in on a lotus base wearing a close fitting dhoti, arm bands, necklace, bracelets, and a tall three tiered crown, a meditative look on her face presents a calming presence.

Loss to one tier of her crown. 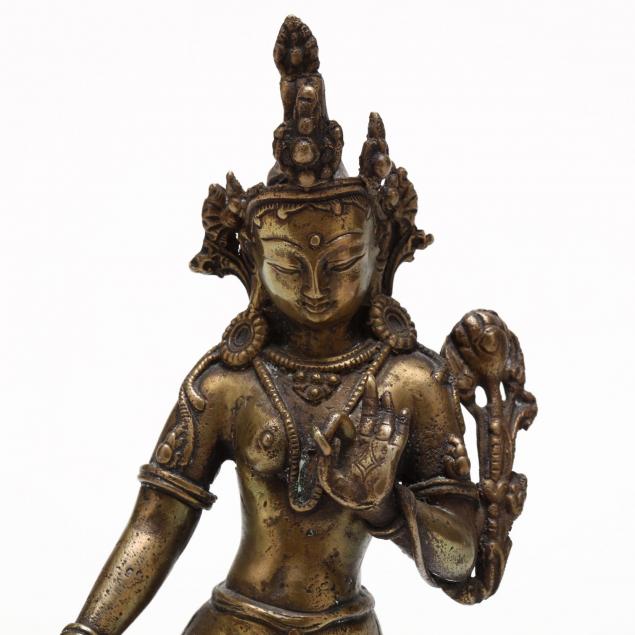 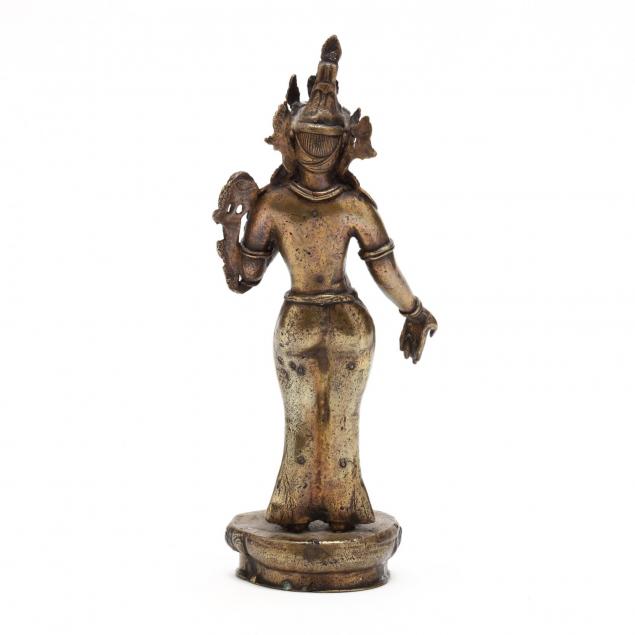 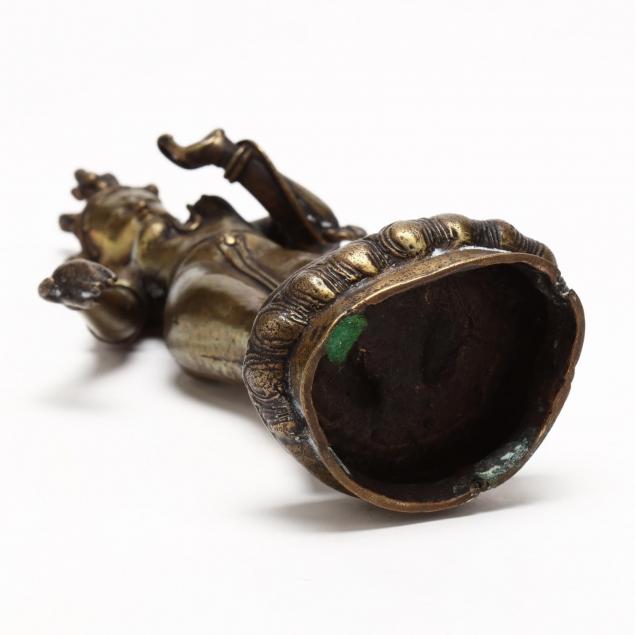