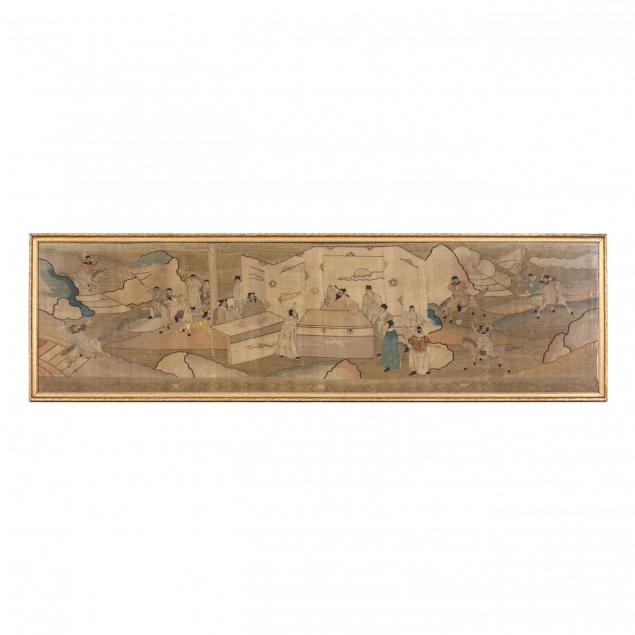 Lot 394
A Chinese Qing Dynasty Framed Kesi Embroidery Panel
Lot Details & Additional Photographs
Qing dynasty (1644-1911), a large horizontal embroidery on gold silk with metallic gold thread depicting a court scene with noble figures gathered around a central bearded man wearing a black scholar's hat, on either side of the scene are men on horseback with weapons, the faces of the figures seem to be painted on the silk, framed under glass with double exposure of glass on front and reverse and an outwards tilt to top of frame, not examined outside of the frame.

Overall very good condition; some breaks and snags to the silk; toning to the silk as expected with age. 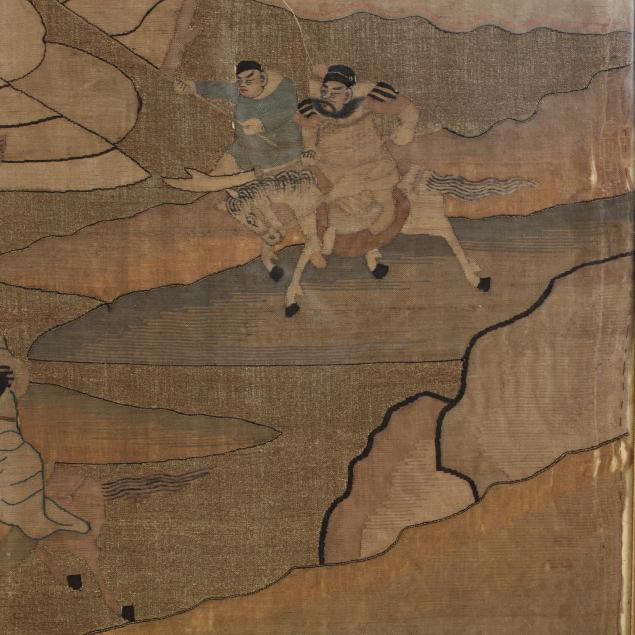 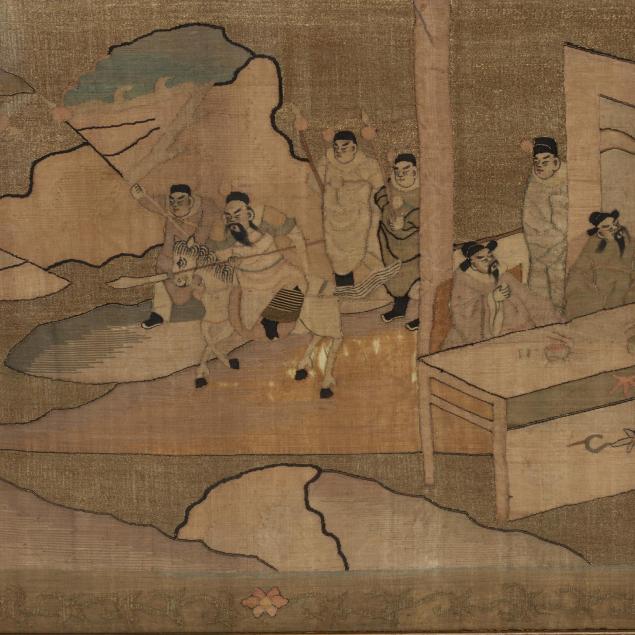 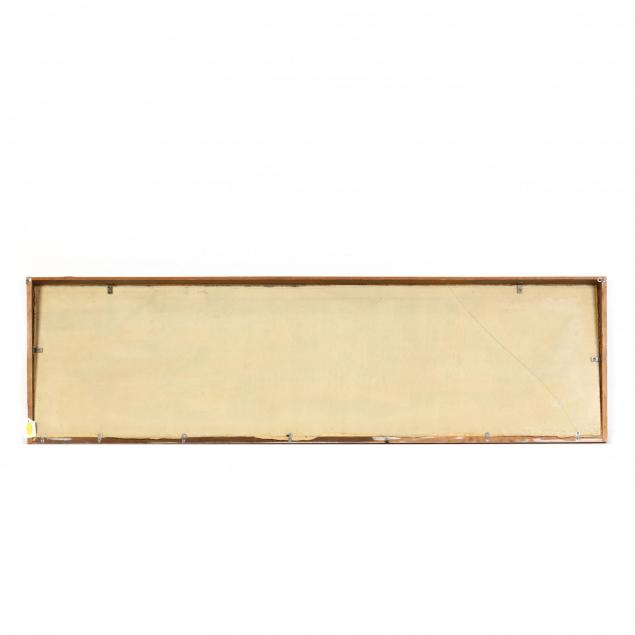