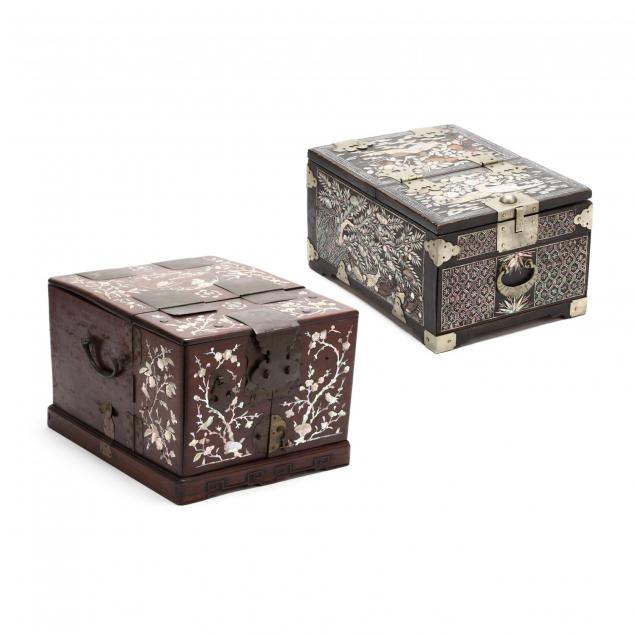 Lot 401
Two Chinese Jewelry Boxes with Mother-of-Pearl Inlay
Lot Details & Additional Photographs
19th century, includes two Chinese wooden chests, the larger jewelry box of high quality rosewood which opens to reveal an upright standing mirror and six interior drawers, the smaller one has black finish, with mother-of-pearl inlay in bird and flower designs, an upright standing mirror and one drawer which is accessible from the outside, both boxes have decorative metal hardware. 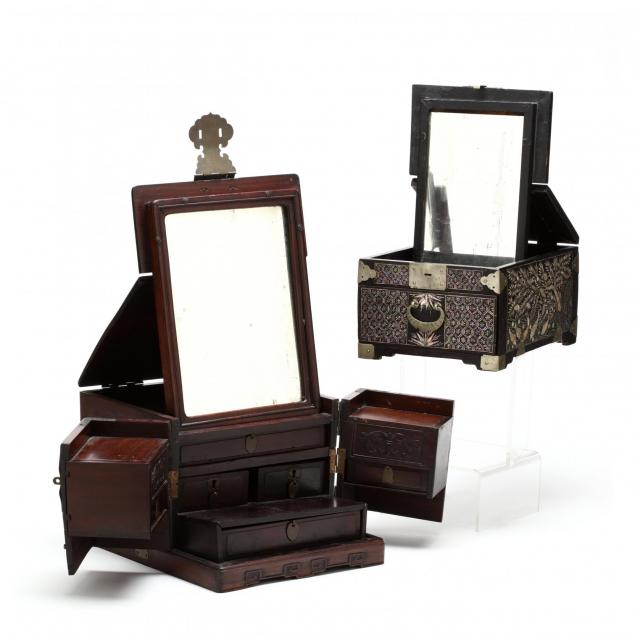 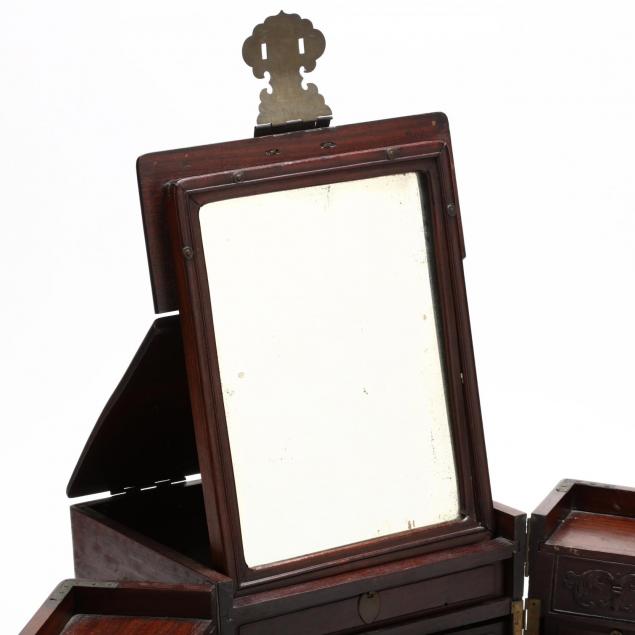 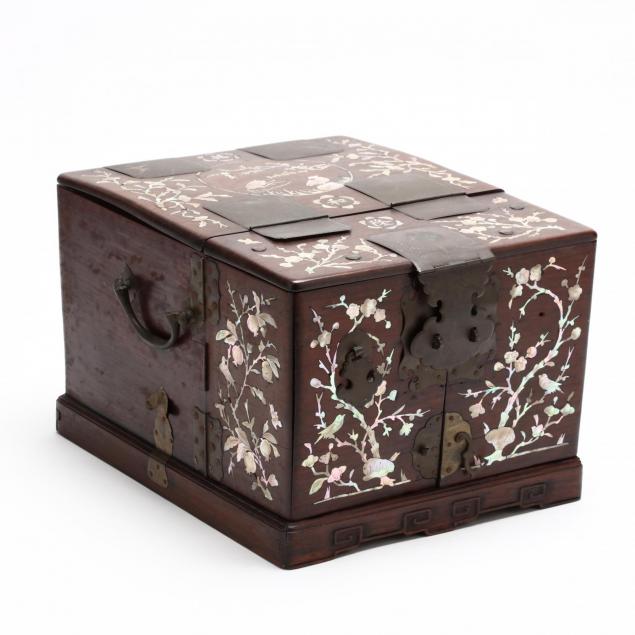 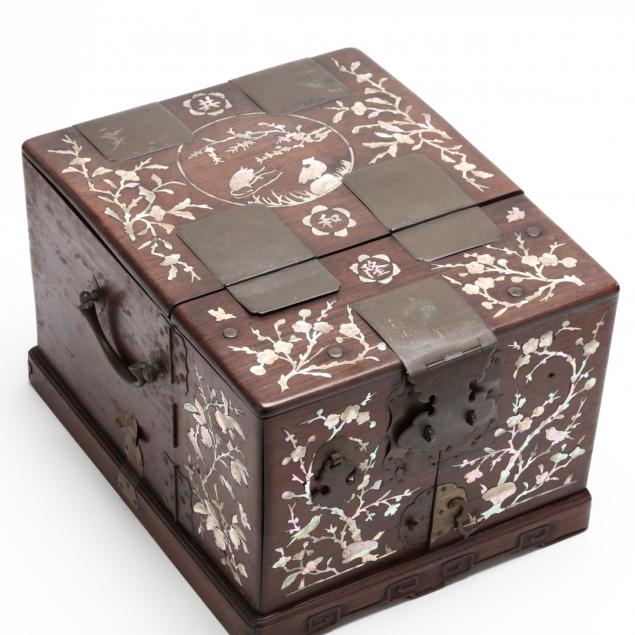 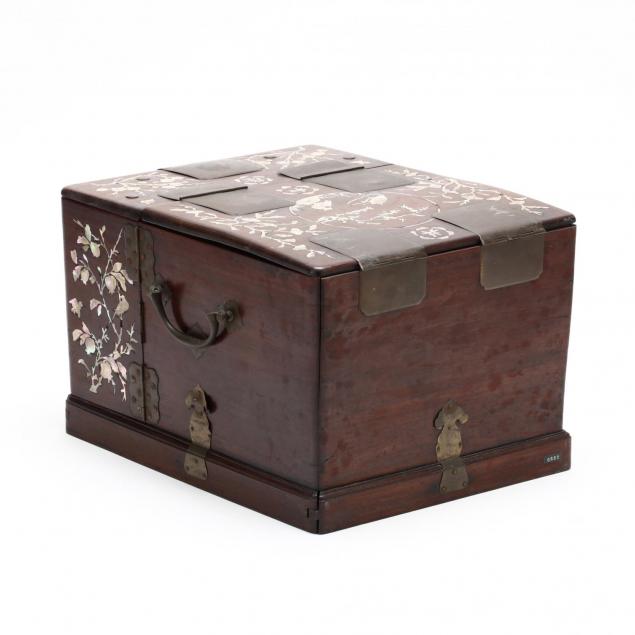 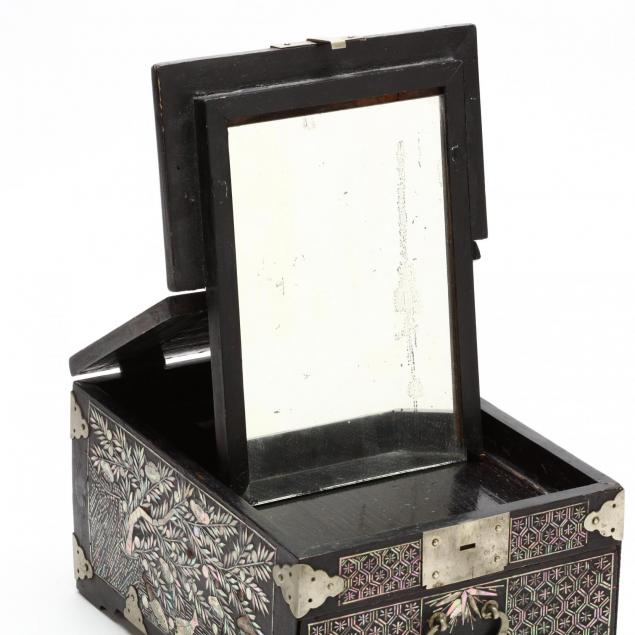 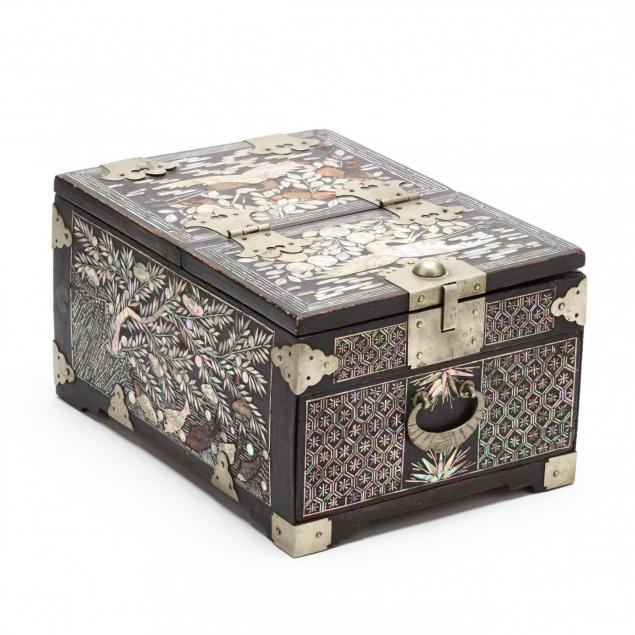 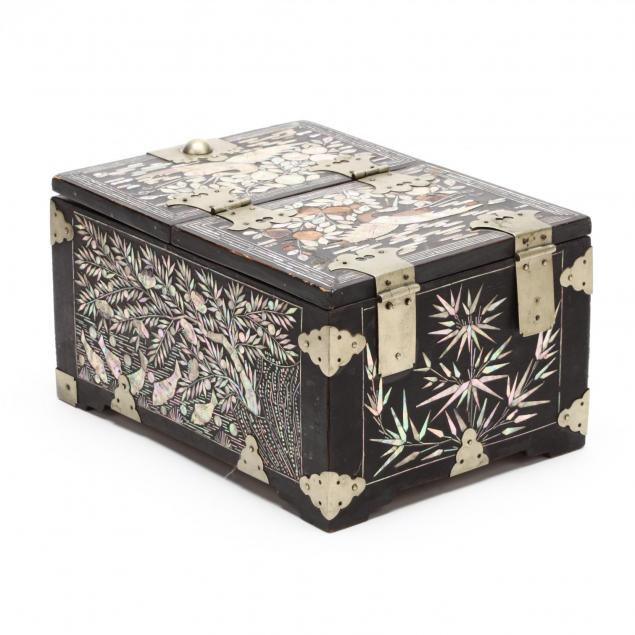