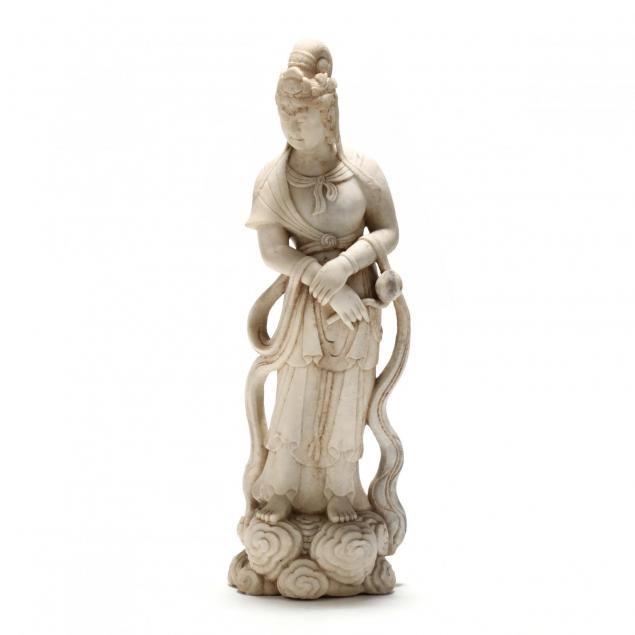 Lot 403
A Chinese Marble Guanyin Statue
Lot Details & Additional Photographs
A standing Guanyin, the Bodhisattva of Compassion, with billowing drapery holding a closed lotus blossom stem in one hand, with an elaborate hairstyle, she stands on a base with swirling clouds, a serene look on her face. 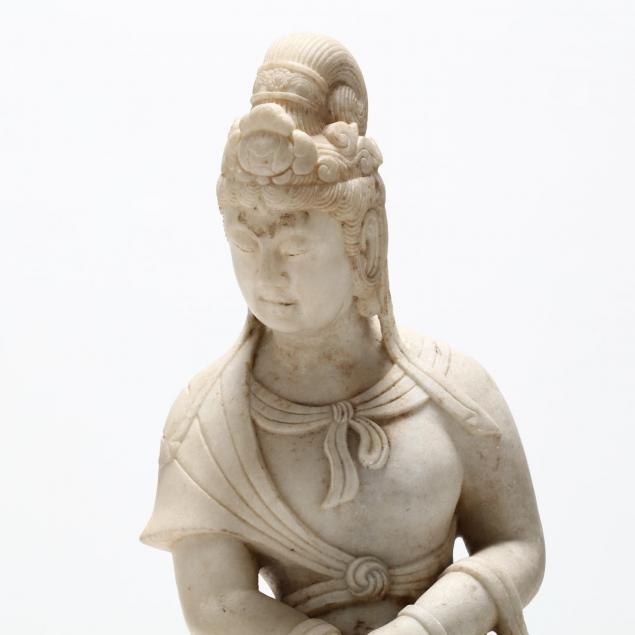 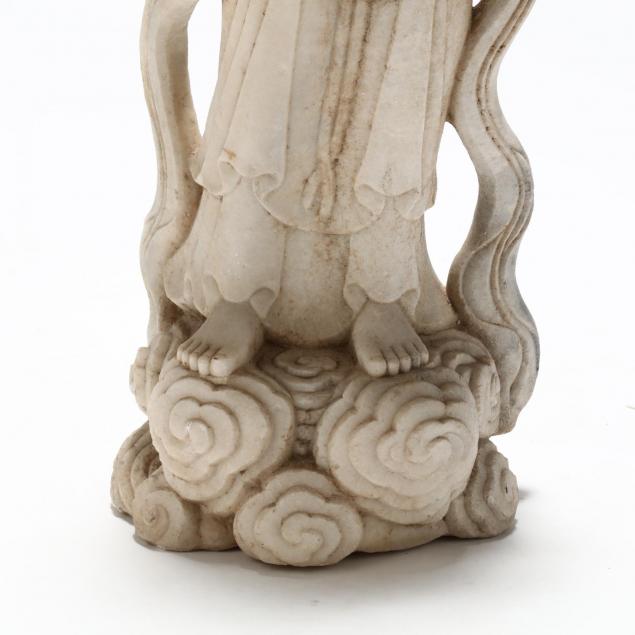 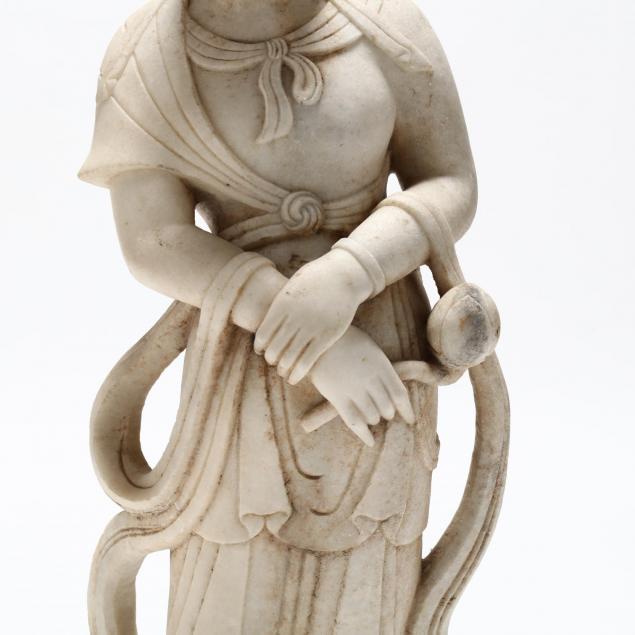 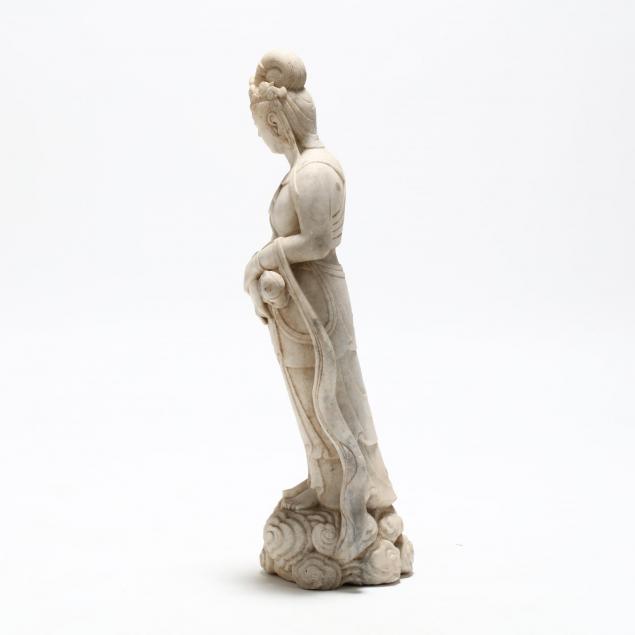 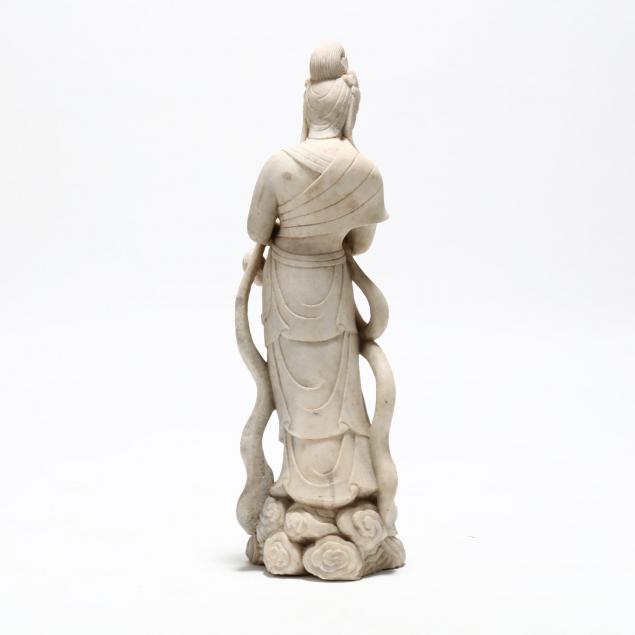 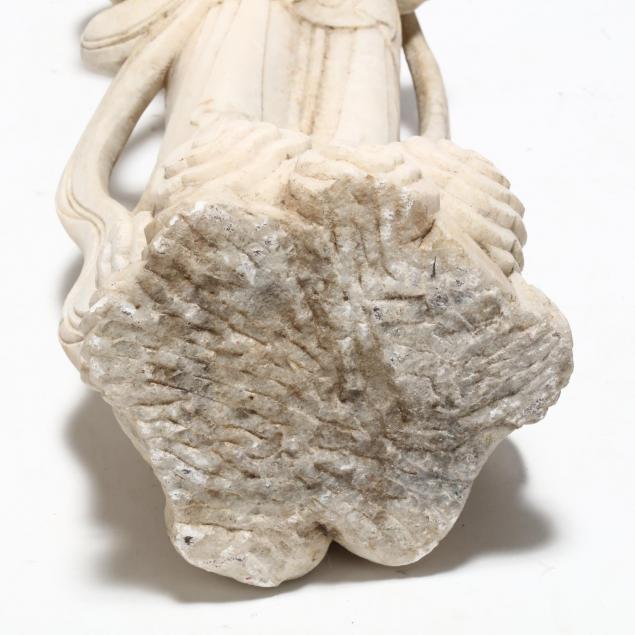