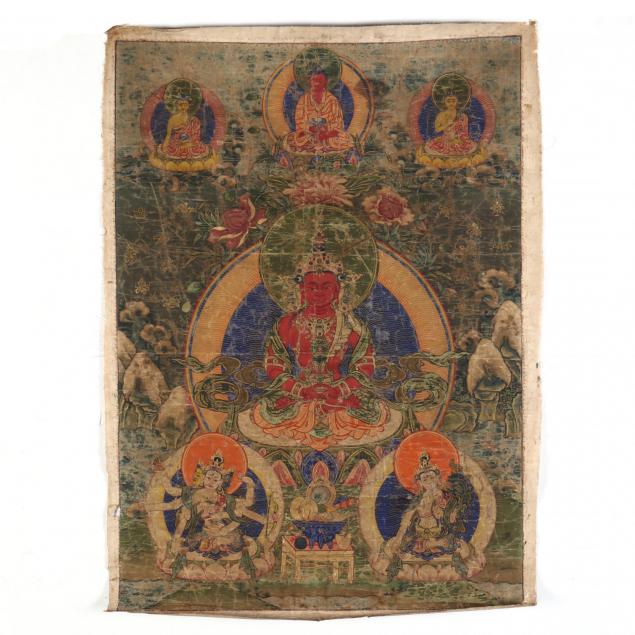 Lot 425
A Tibetan Thangka of the Buddha Amitayus
Lot Details & Additional Photographs
Late 18th century or early 19th century, pigments on cloth, the Buddha Amitayus is painted his signature red color and seated with his hands resting upward in his lap, thumbs together, holding an amrita filled with the symbolic nectar of immortality and crowned with an image of Amitayus, his feet are crossed in his lap, he gazes forward towards the viewer, he wears an elaborate golden crown with jewels on his head, his lower body has orange patchwork robes and green robes with golden details flow in the air around his body, he sits on a lotus throne from which a rainbow aureole raises around encircling him, there is a dark green halo around his head with golden rays, there are offerings below the throne on a Chinese style table along with two Buddhist deities, to the sides of Amitayus are rock and cloud formations and small golden Buddhist symbols floating in the sky, above Amitayus' head are three large peony flowers and three Buddhas, the reverse has inscriptions in Tibetan script in red ink; presented unmounted.

Loss of pigments throughout, but especially at top; creases; some dirt to surface; a few discoloration spots. 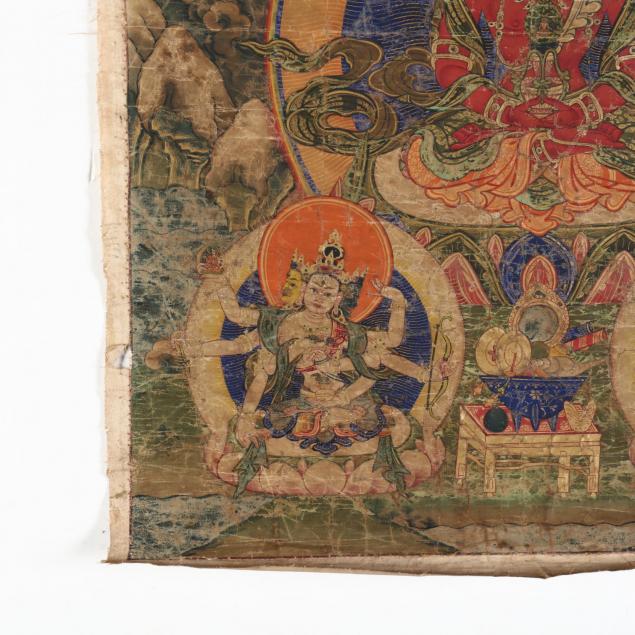 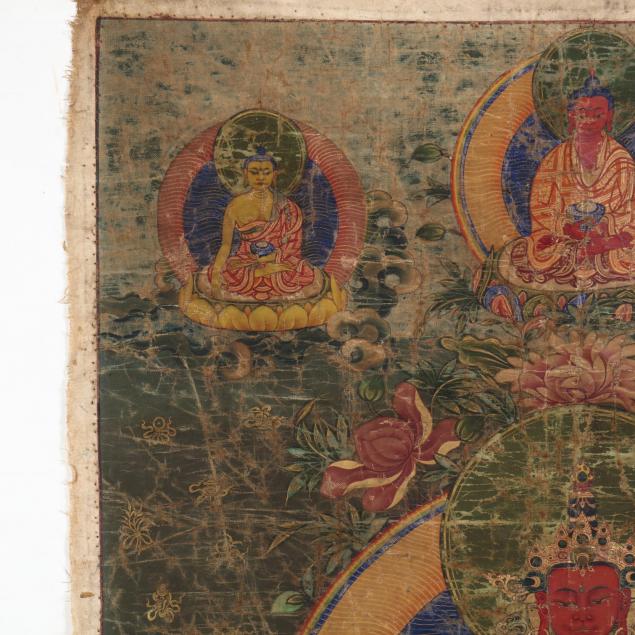 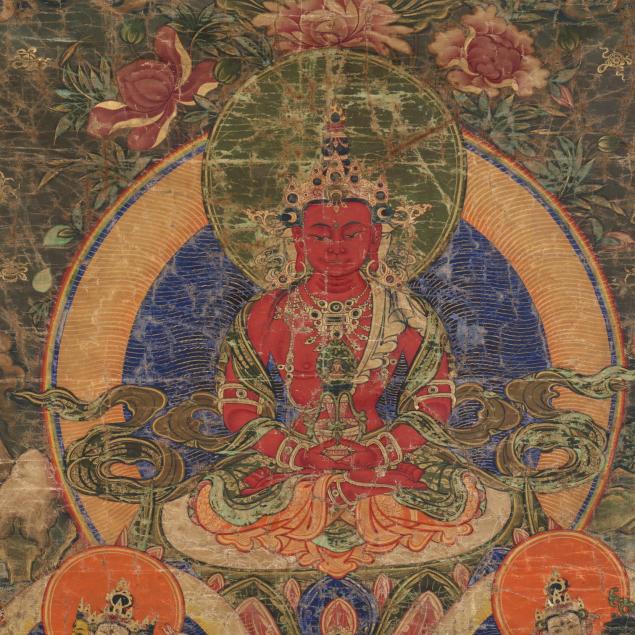 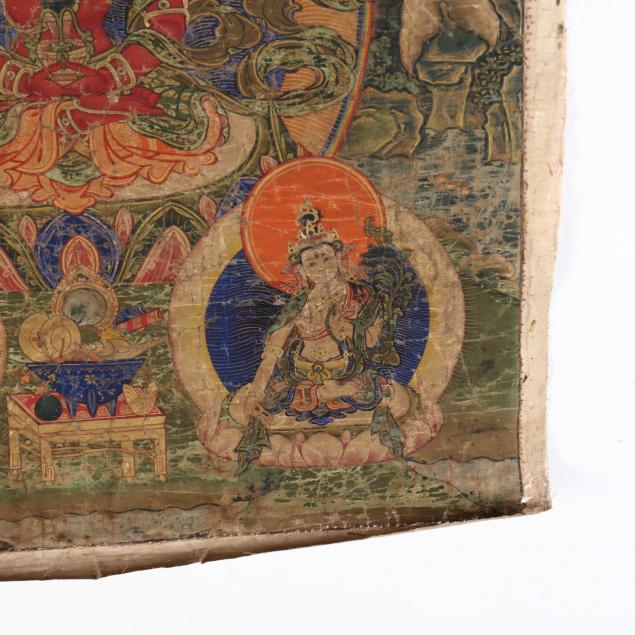 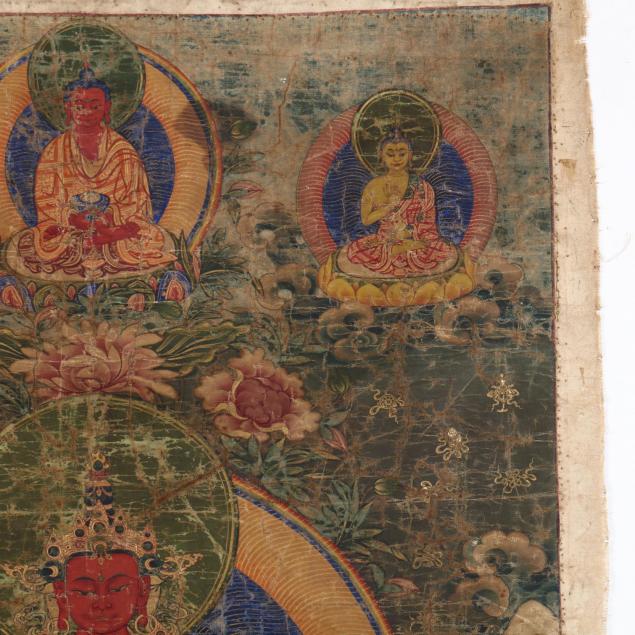 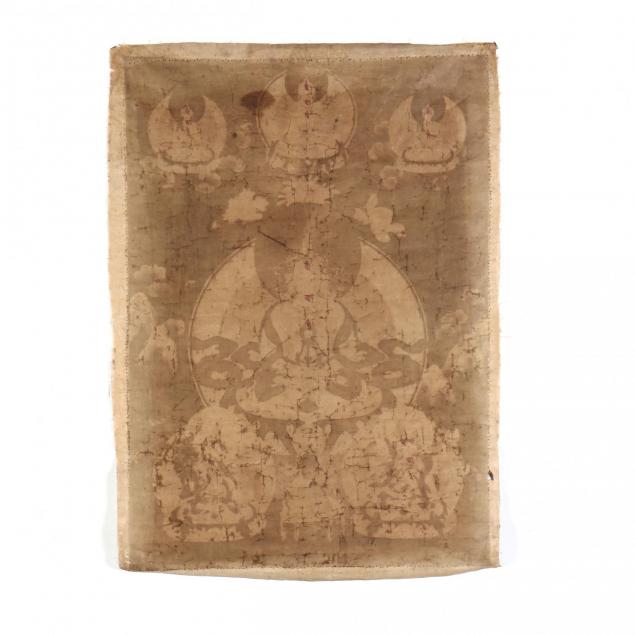