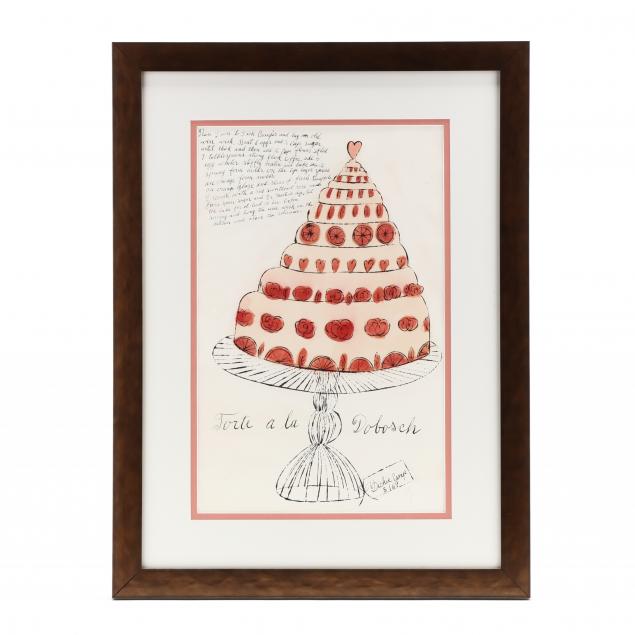 "Torte a la Dobosch" is an illustration from Andy Warhol's satirical cookbook Wild Raspberries (1959). Only about 100 copies of the book were produced and there were several versions of hand coloring, so among the small number of prints in existence the color variation makes each work even more special. This project was a lighthearted response to the formal French cuisine that was so popular in the middle of the century. Warhol's playfulness with tradition is evident here in his whimsical illustration and silly but charming recipe. 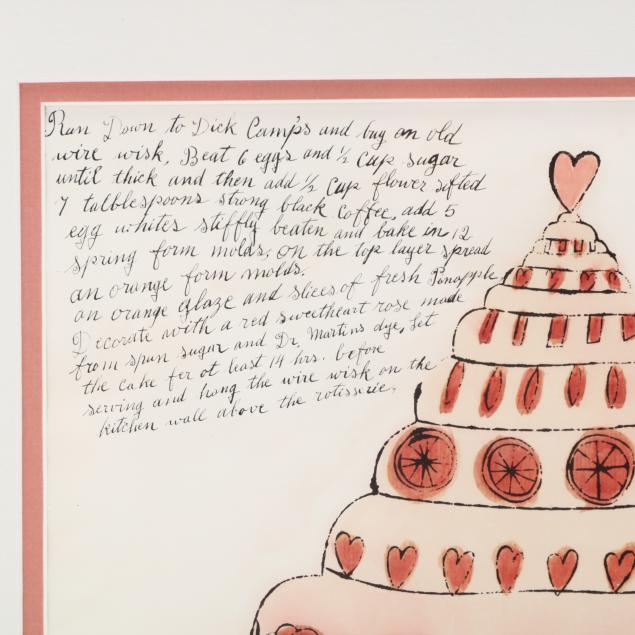 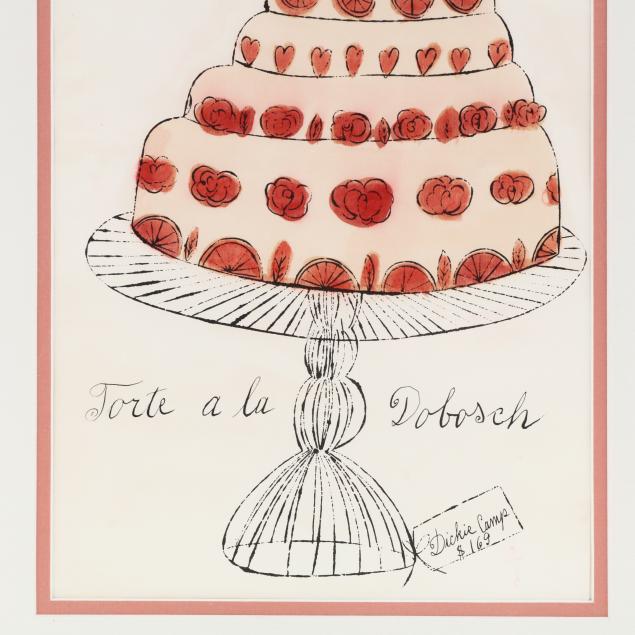