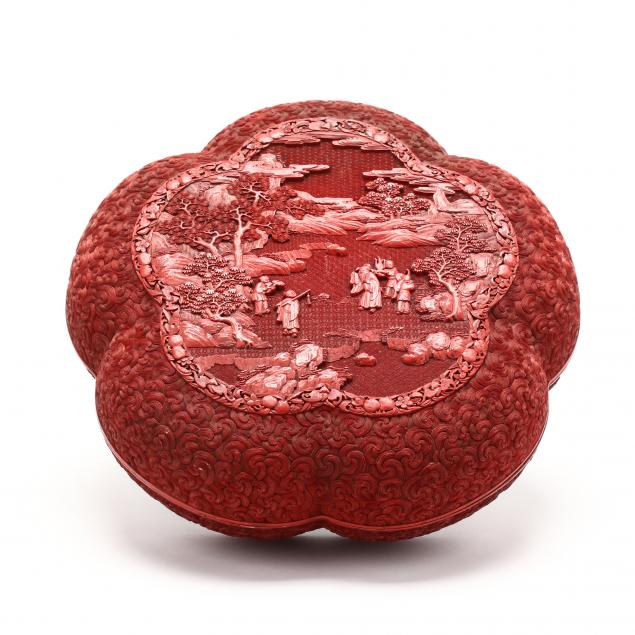 Lot 257
A Chinese Cinnabar Lacquer Lobed Box and Cover
Lot Details & Additional Photographs
Qing dynasty (1644-1911), probably Qianlong period (1736-1795), the box and cover are meticulously carved with a shaped lobed panel depicting two scholars with their attendants in a riverscape scene, with a peach and bat border around the scene, the sides of the box and cover are carved with finely lined swirling wave motifs, the interior and underside have black lacquer.

Chip with loss to box rim; other losses to rim edges; wear and scratches. 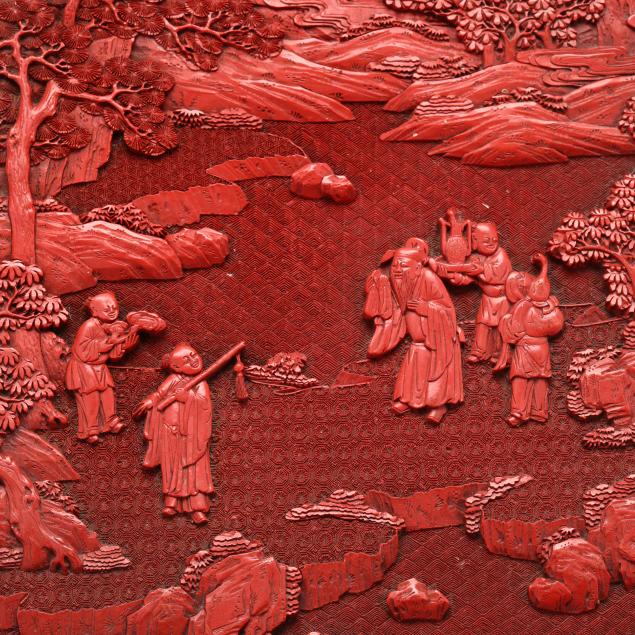 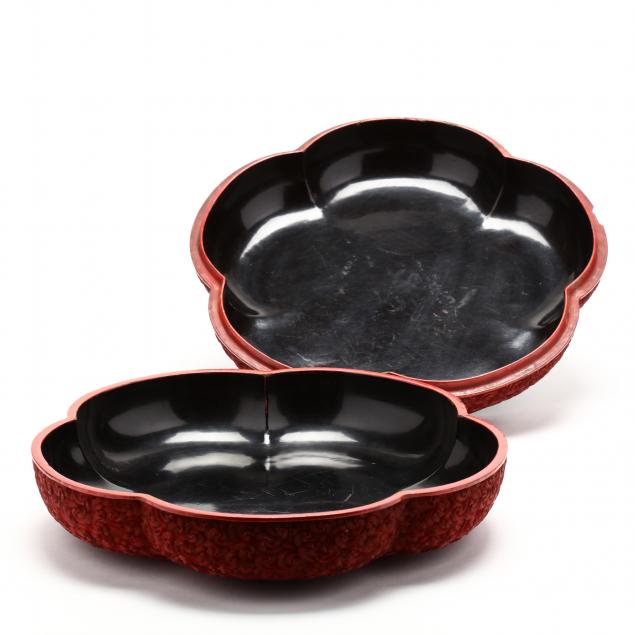 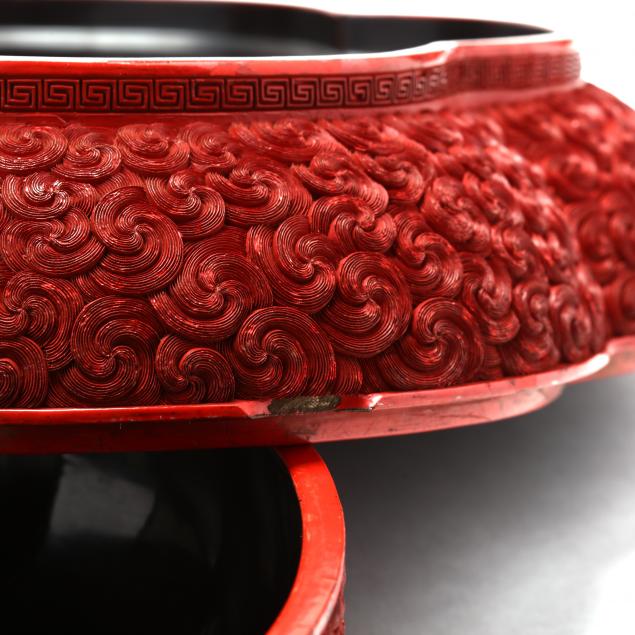 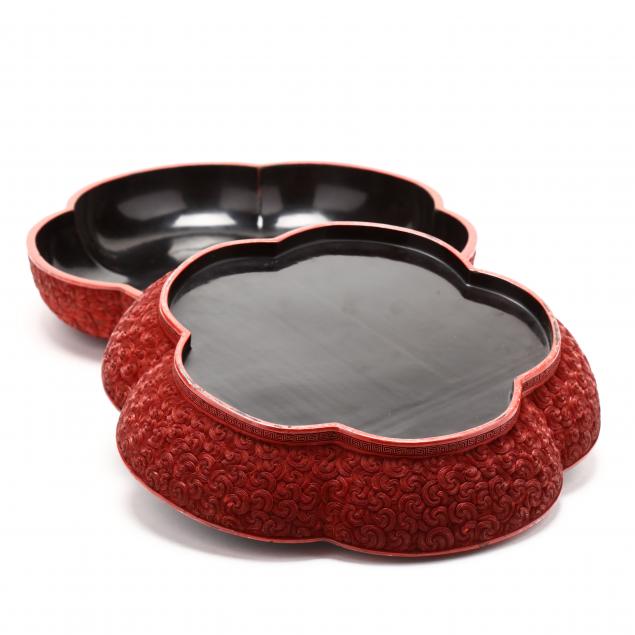