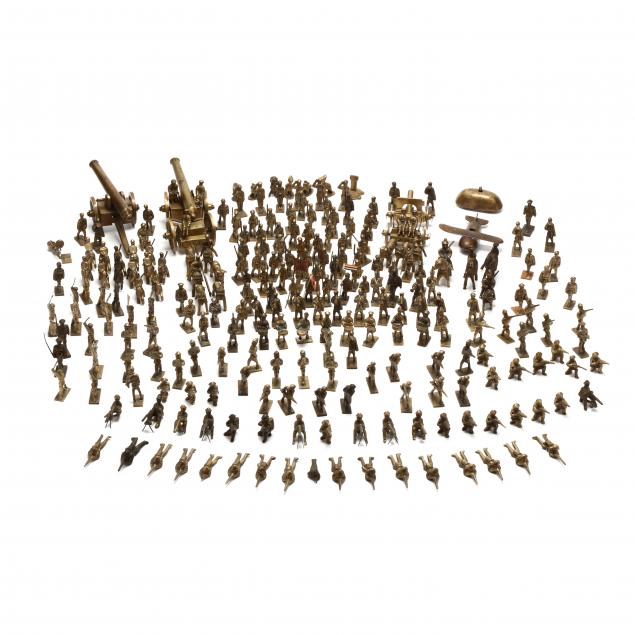 The consignor, an American born in Shanghai, lived in China as a child before WWII and had a similar set of soldiers. The grouping offered here is of the period, however it was carefully acquired piece by piece in later years. Pre-war Chinese Republican cast brass "army men" are quite scarce today, especially in such numbers and variety as appearing here.

A few of the figures have bent or missing weapons; one soldier is detached from its base; the airplane seems to be lacking parts. 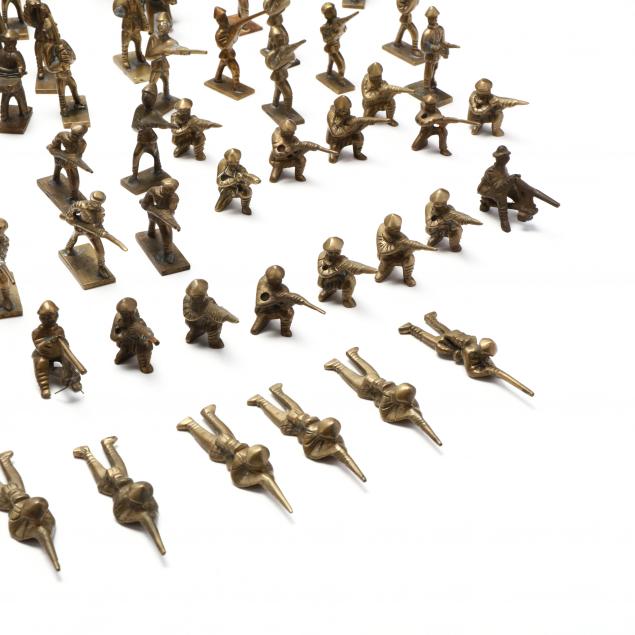 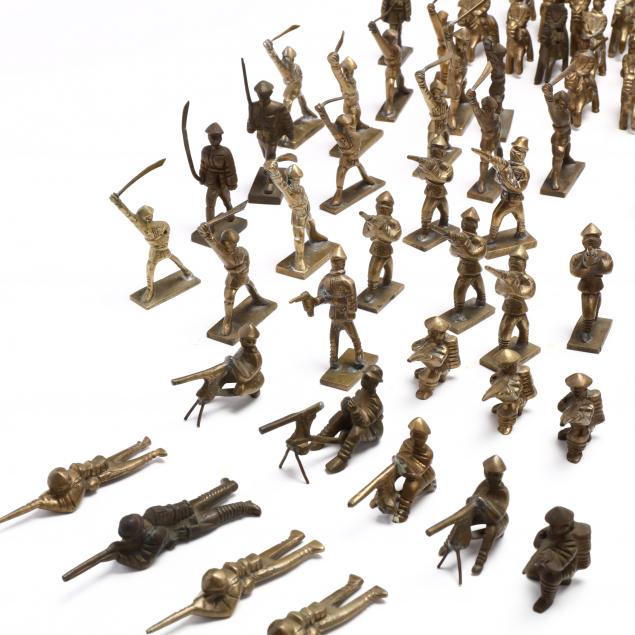 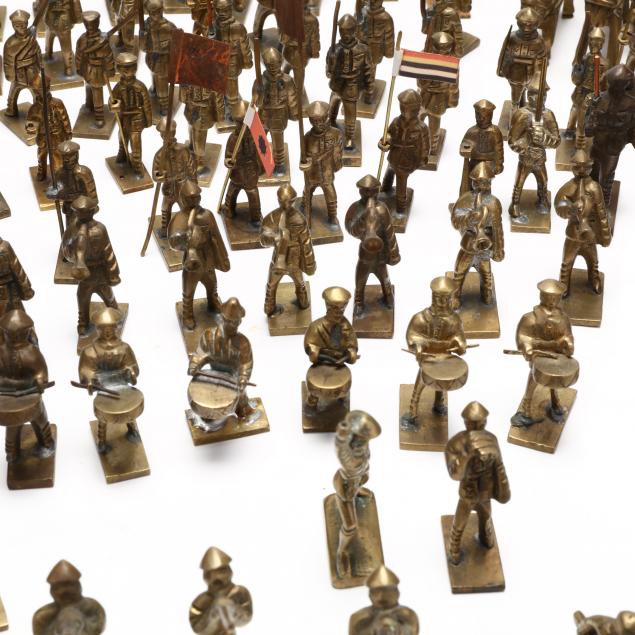 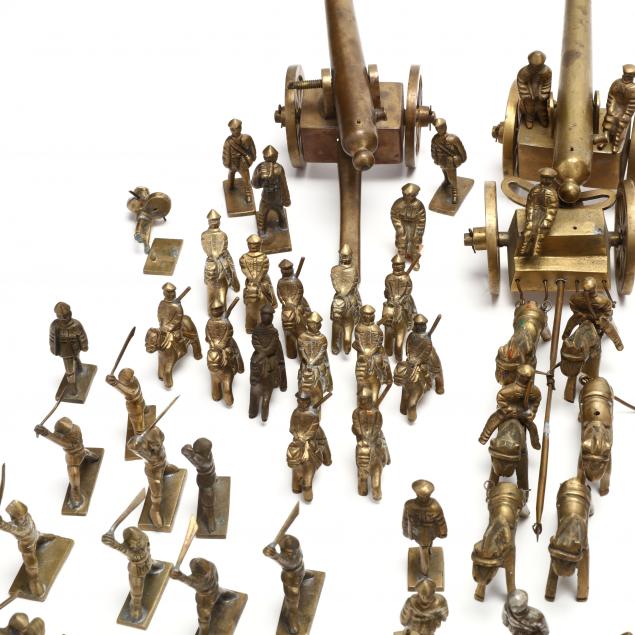 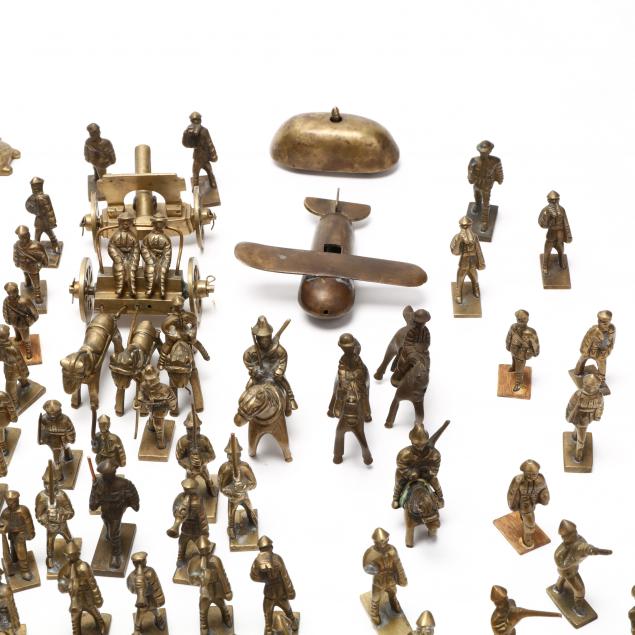 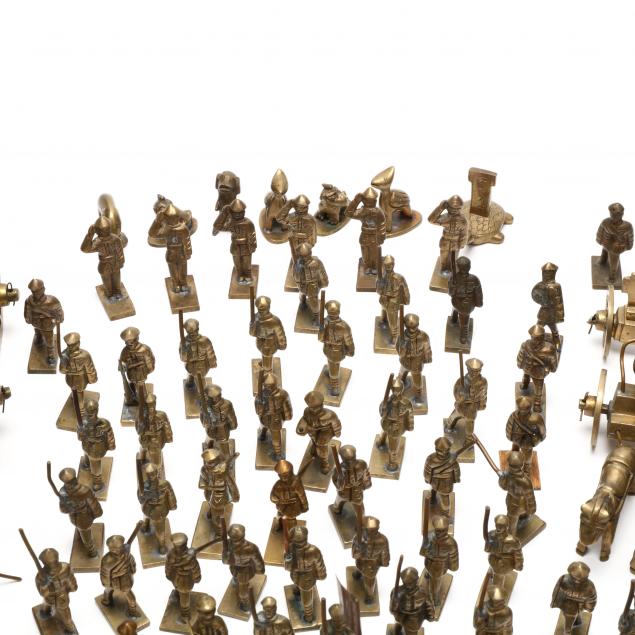 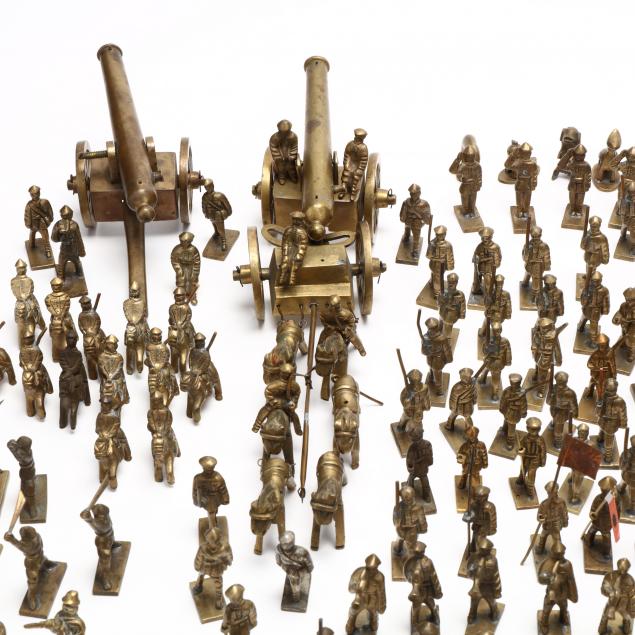 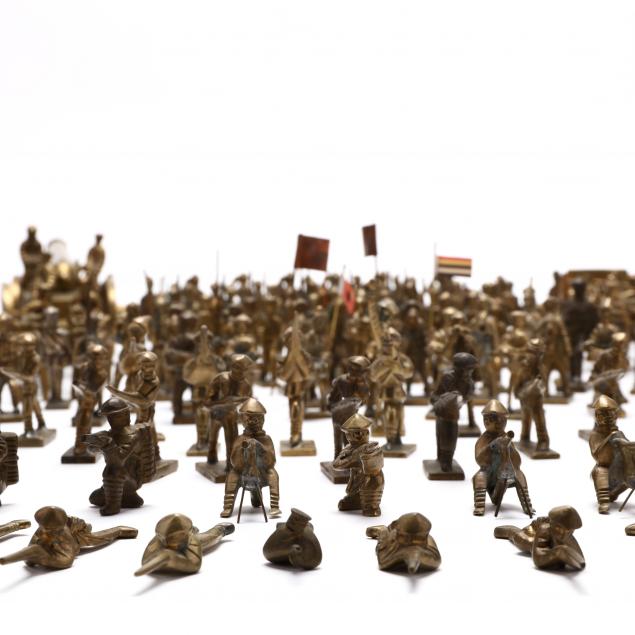 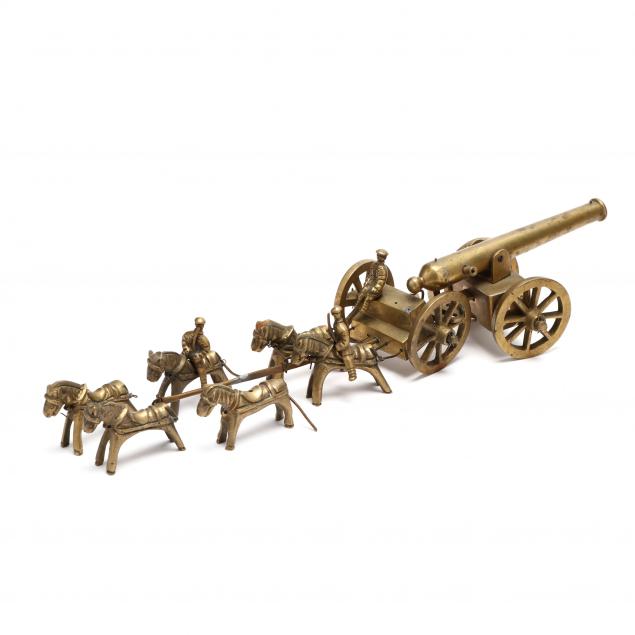 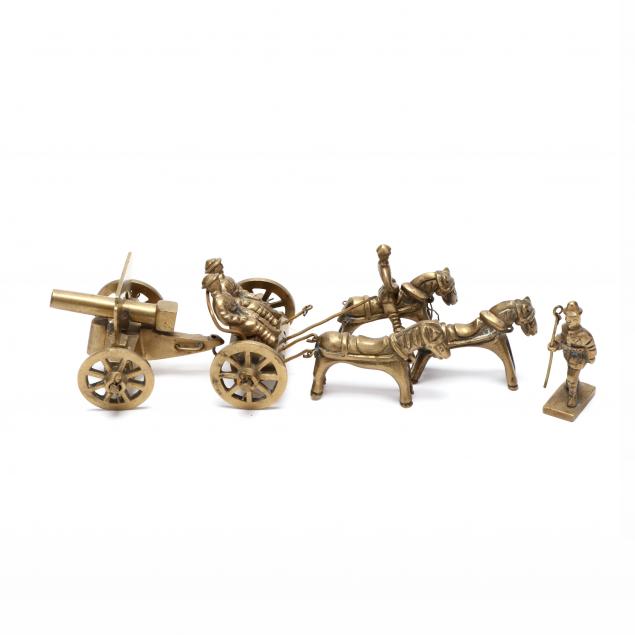 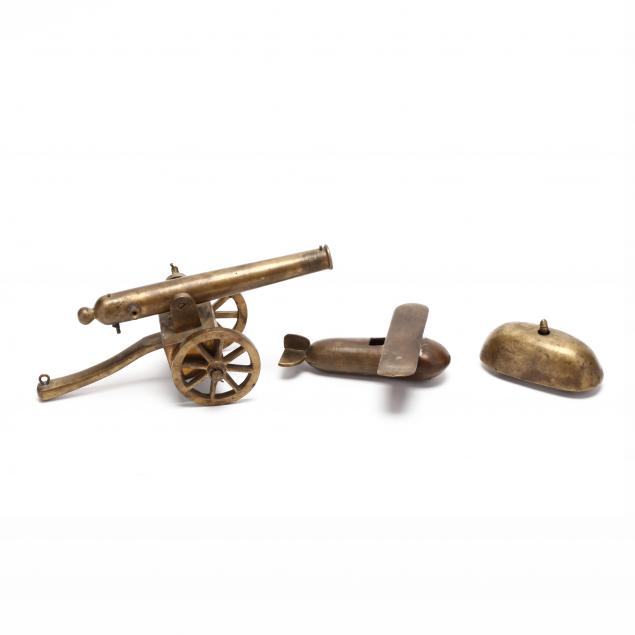 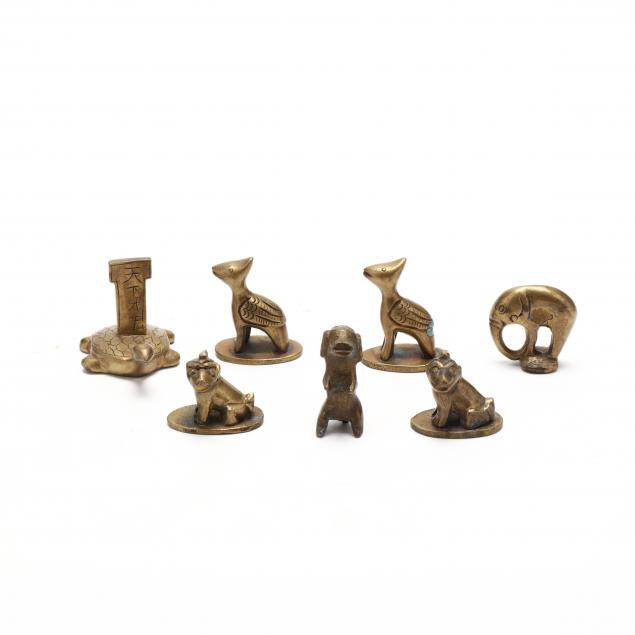 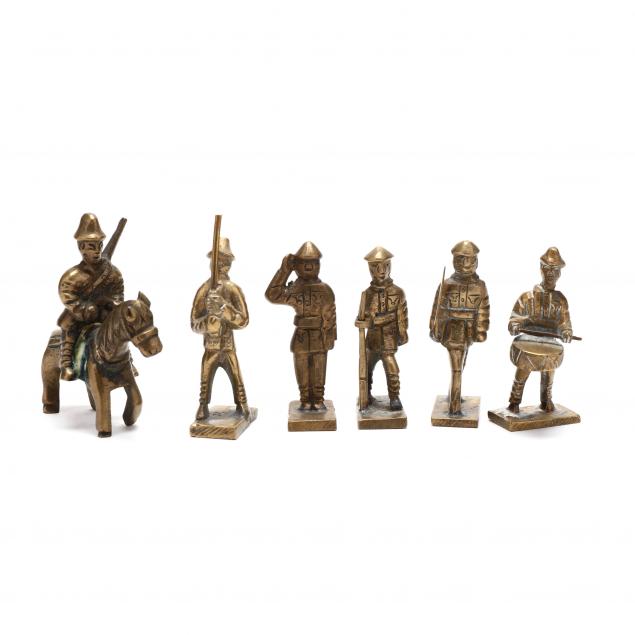 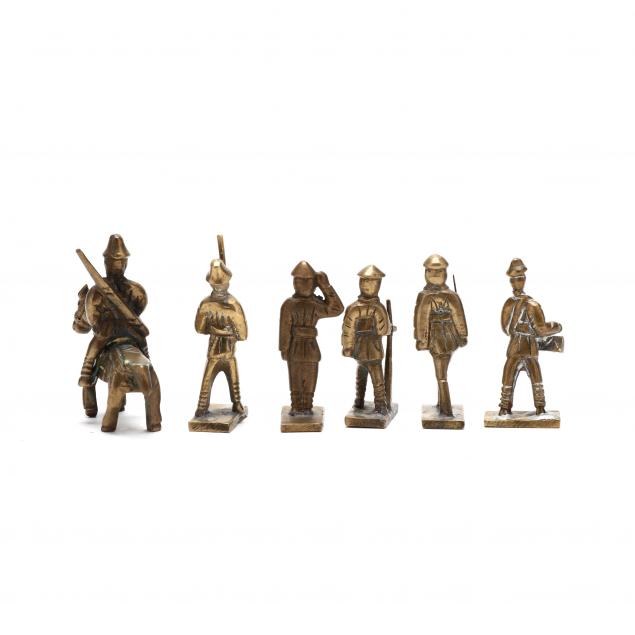 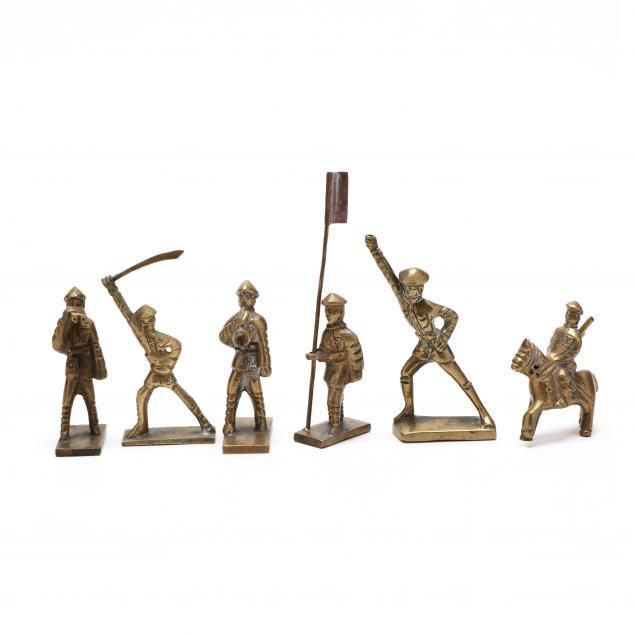 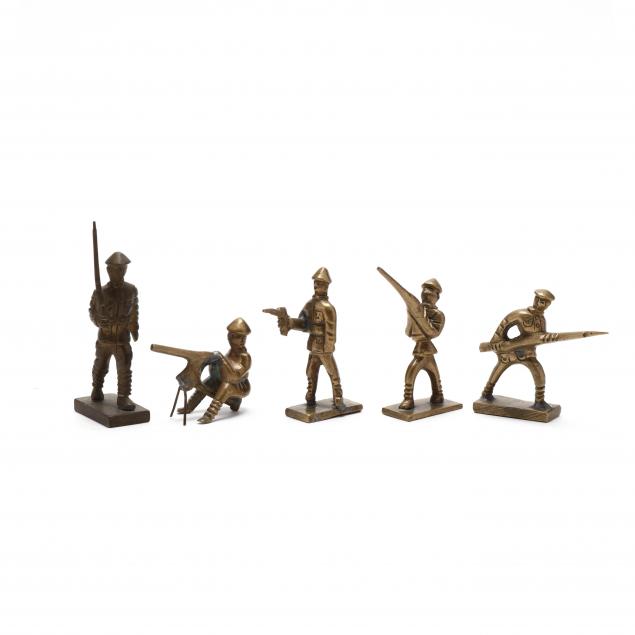 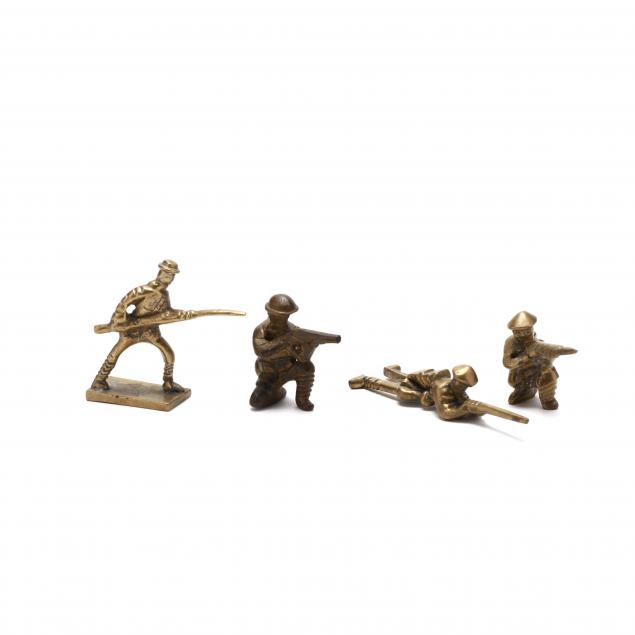 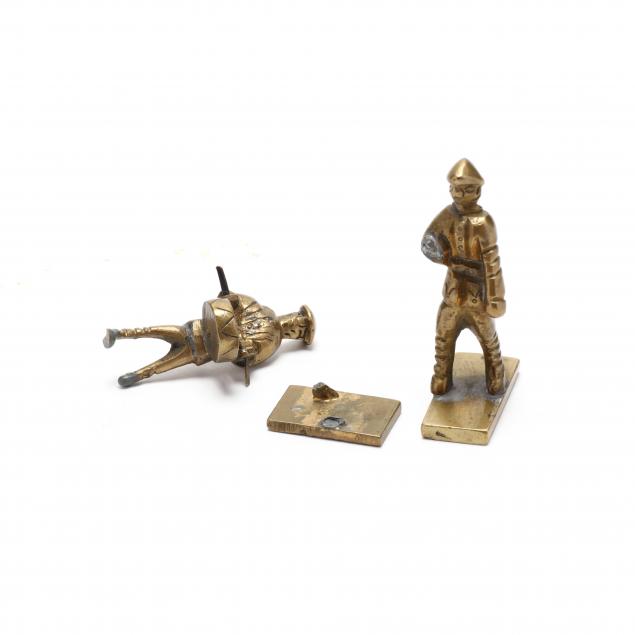 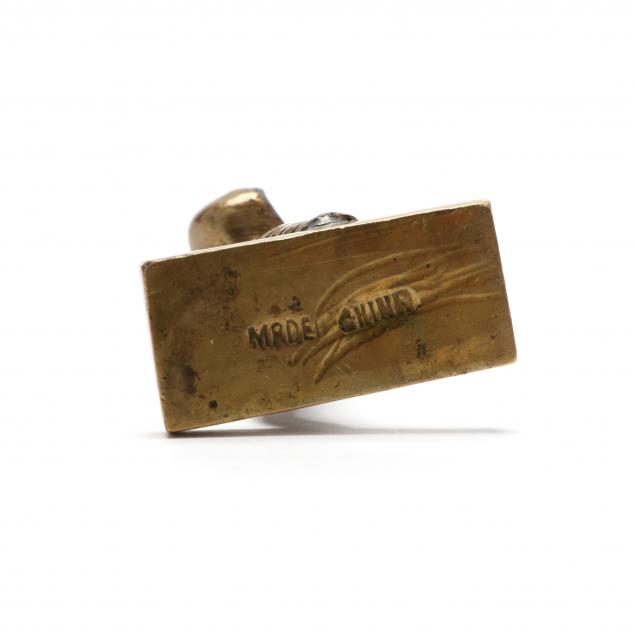