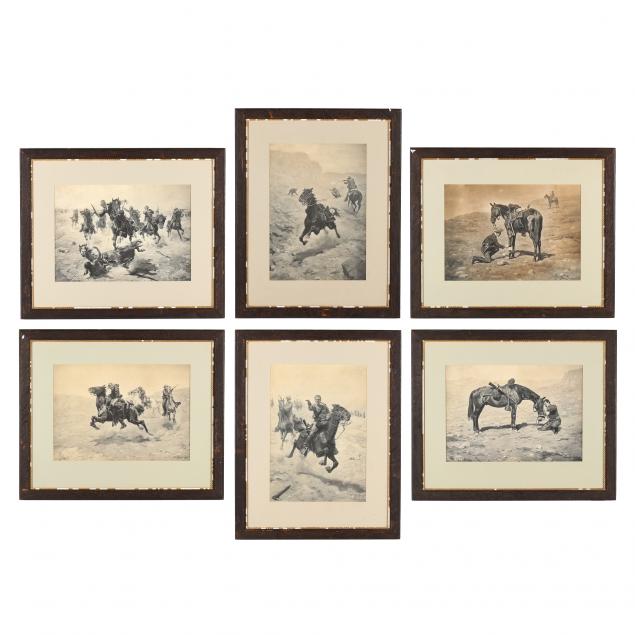 Charles Schreyvogel is one of the most celebrated Western Frontier artists who worked at the turn of the 20th century. He had a humble upbringing in New York City and Hoboken, New Jersey, and he began his artistic career painting portrait miniatures. Due to lifelong health complications including asthma, Schreyvogel was drawn to the western states, particularly Montana, the Dakotas, and Colorado, because of the dry weather. It was during trips to this part of the counrty that Schreyvogel immersed himself in western culture, learning to ride horses, starting a collection of Native American artifacts, and he began painting scenes of western frontier life. After years of little recognition, his painting titled My Bunkie (1899) - of which we're offering a print here - finally brought Schreyvogel national and international acclaim. Through his artistic success, Schreyvogel developed relationships with such figures as William F. "Buffalo Bill" Cody and Theodore Roosevelt. Schreyvogel is now considered one of the greatest painters of the American Old West.

Schreyvogel completed these platinum prints after his original paintings. These rare black-and-white prints capture the richness and texture of Schreyvogel's original compositions, and all of the works offered here are early printings. The 1899 copyright stamp on My Bunkie indicates that it was printed in the same year the painting was completed, making it exceptionally rare - one of the earliest known examples of this important image.

Leland Little Auctions would like to thank Michael R. Grauer, the McCasland Chair of Cowboy Culture/Curator of Cowboy Collections and Western Art at the National Cowboy Museum, Oklahoma City, Oklahoma for his knowledgable insights and generous guidance in cataloguing this lot.

Some toning and few minor stains; wear to framing; not examined out of frames. 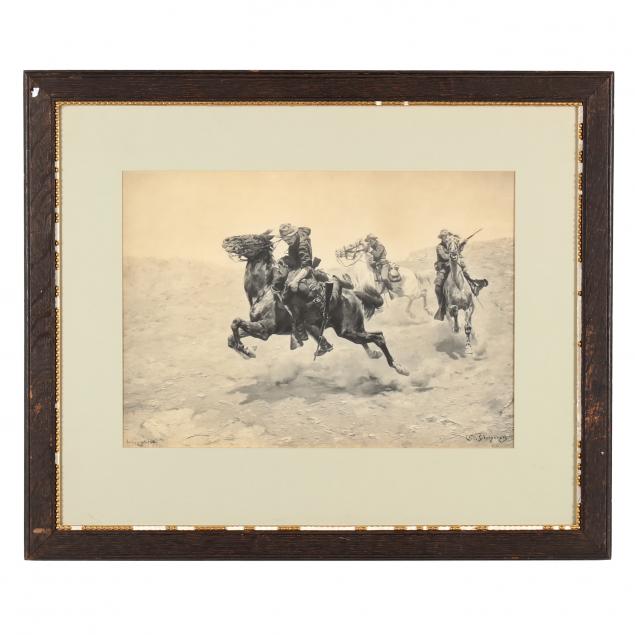 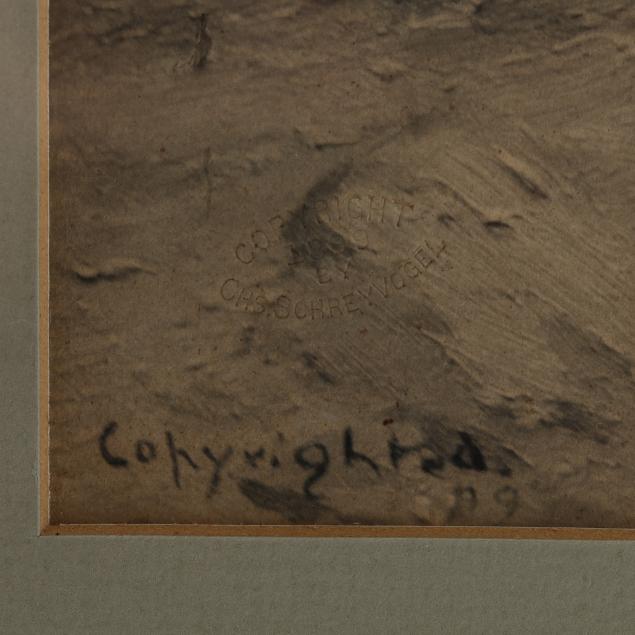 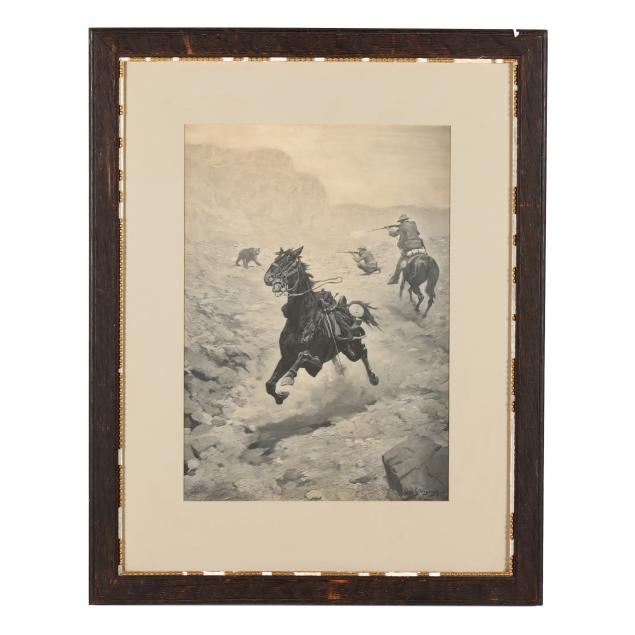 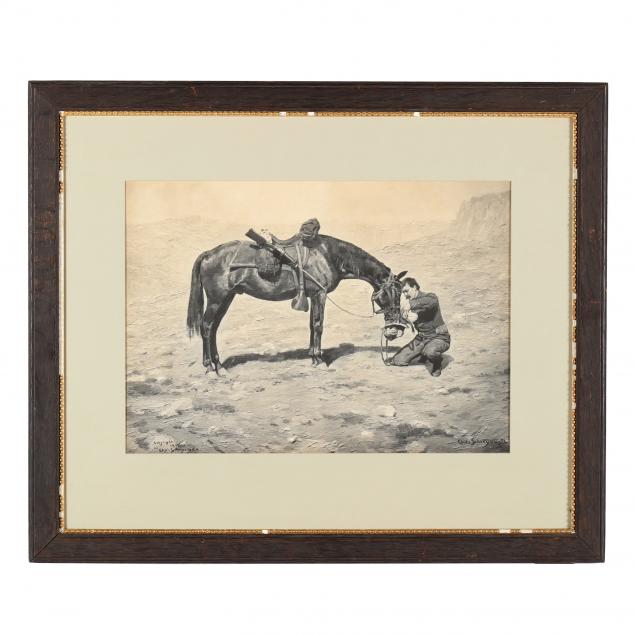 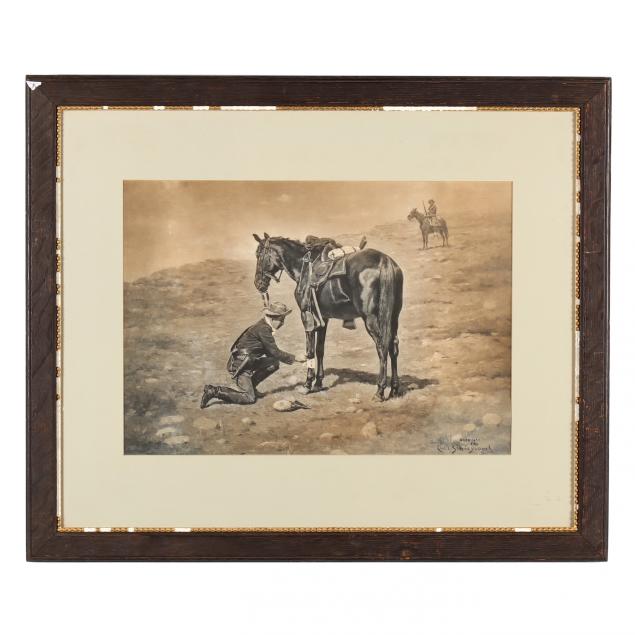 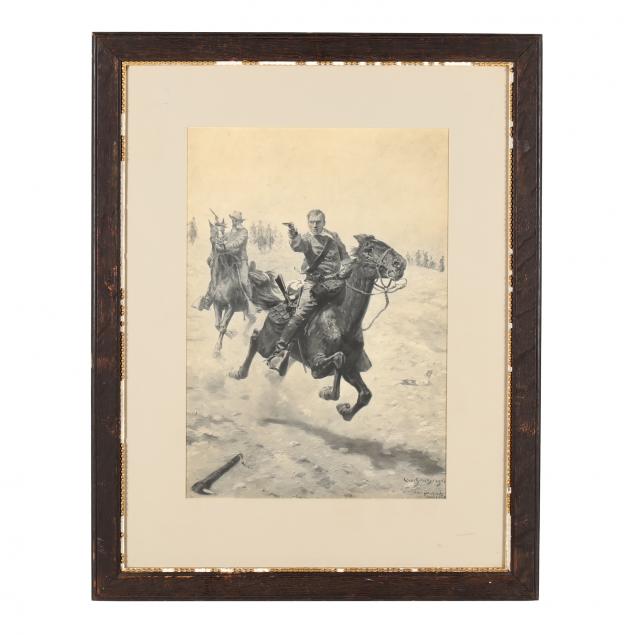 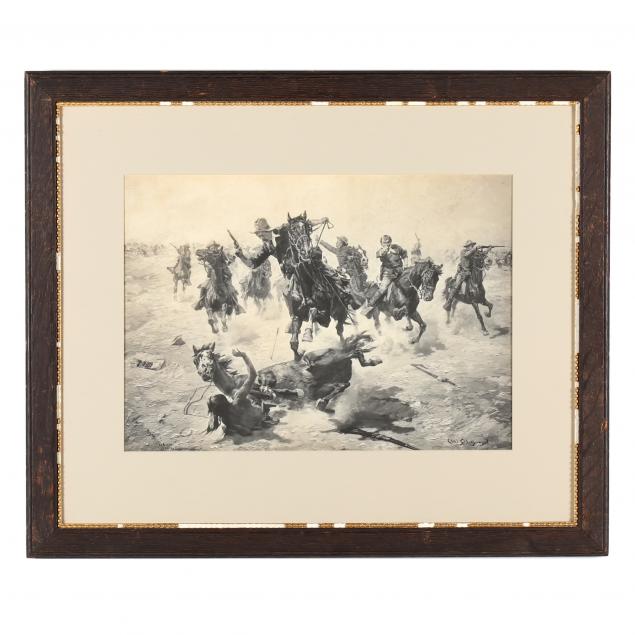 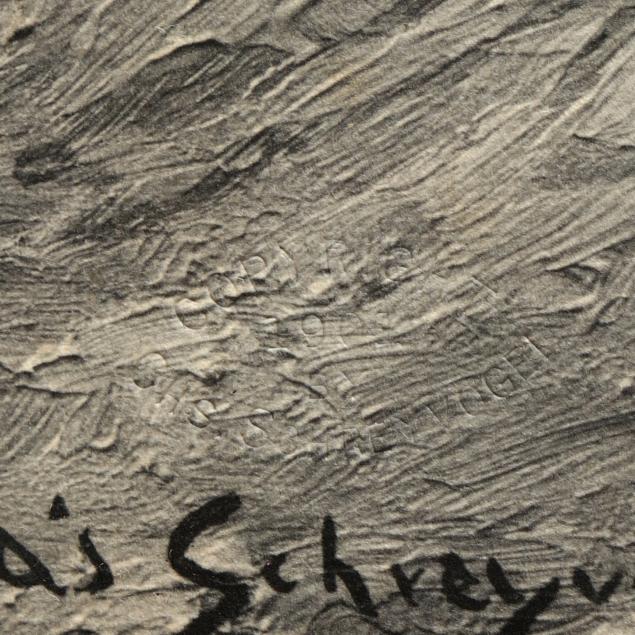 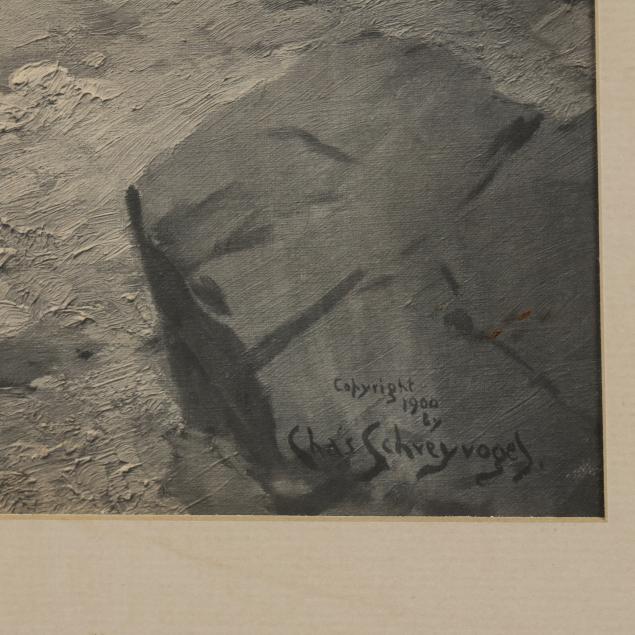