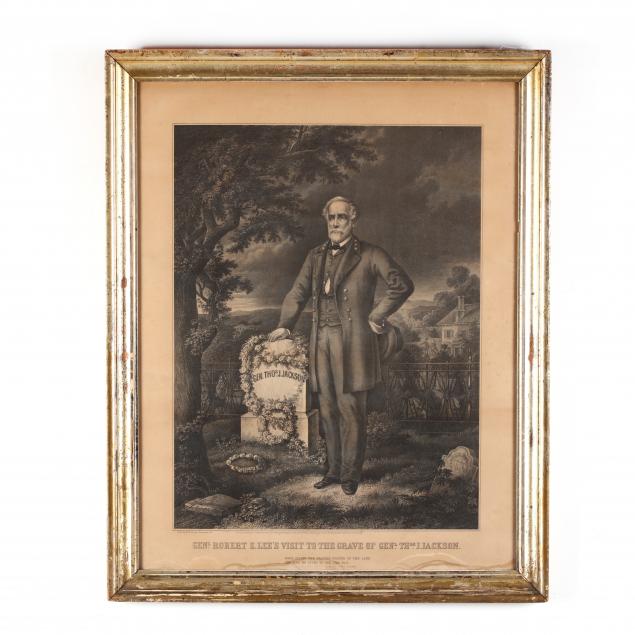 German immigrant Christian Inger came to the United States in 1854, settling in Philadelphia and working as a lithographer. Historical vignettes were among his specialties. This Reconstruction era Southern imprint uses an Inger plate and must have had an especially small press run given its rarity today.

Overall browning with damp stains to the lower margin; not examined out of the frame. 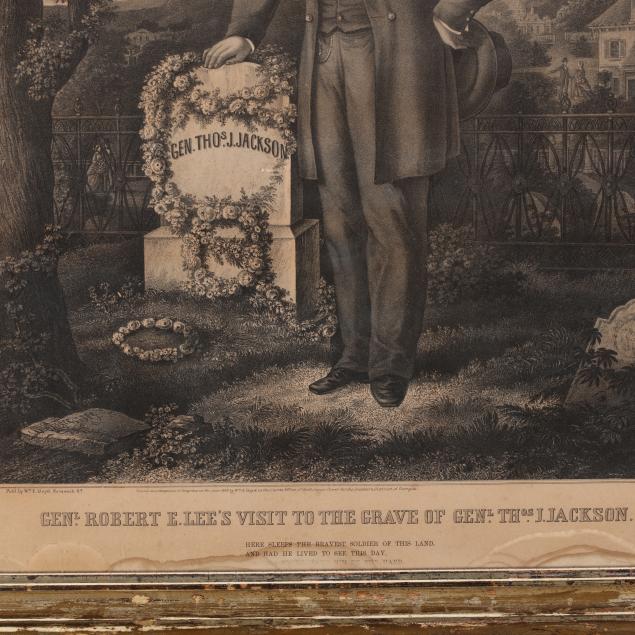 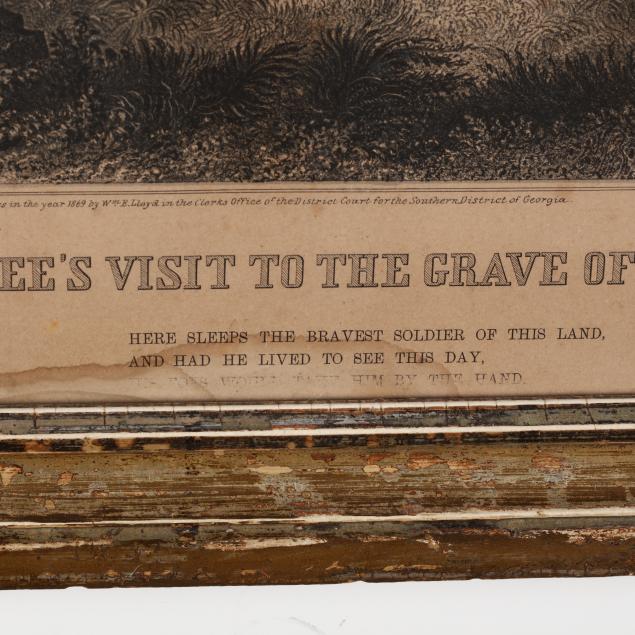 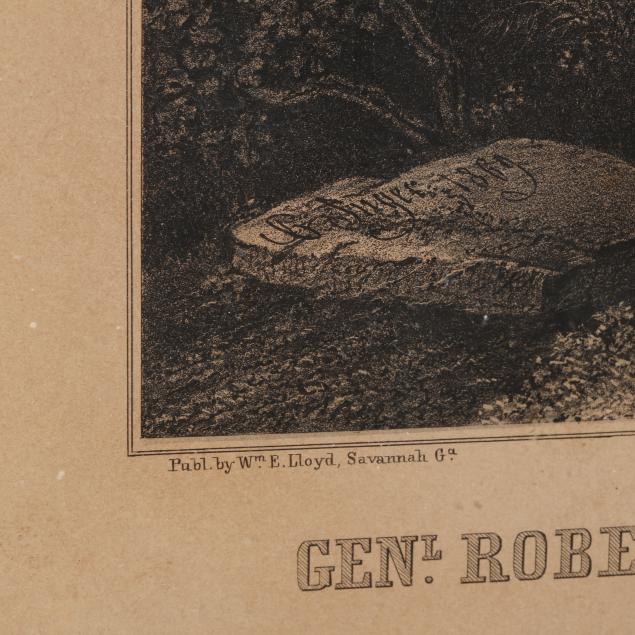 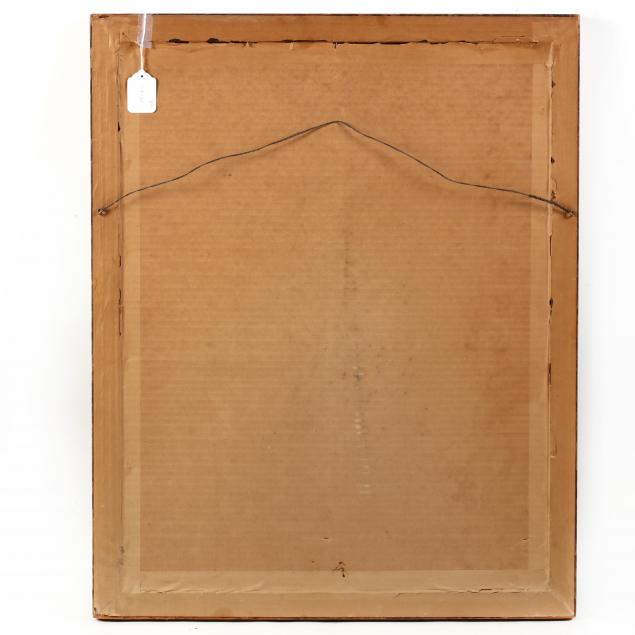