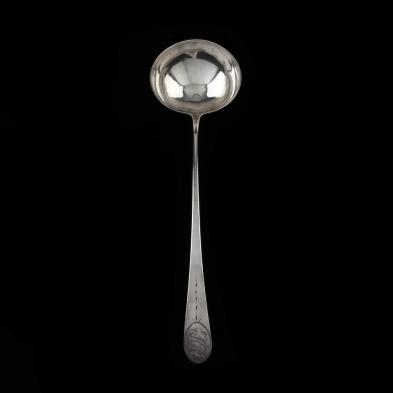 Born in New Jersey, Freeman Woods was listed as a gold and silversmith in the New York City directories from 1791 until 1794. He first advertised as a silversmith in New Bern on December 27, 1794. He maintained a shop in New Bern until his death in 1834. Examples of his silver are in several prominent North Carolina public collections including the Museum of Early Southern Decorative Arts in Winston-Salem, Tryon Palace in New Bern and the North Carolina Museum of History in Raleigh.

Some minor denting to bowl; stable tear to juncture of handle drop and bowl. 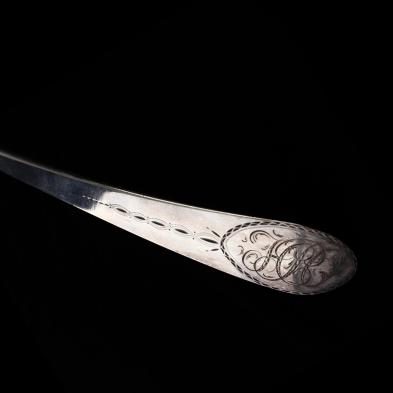 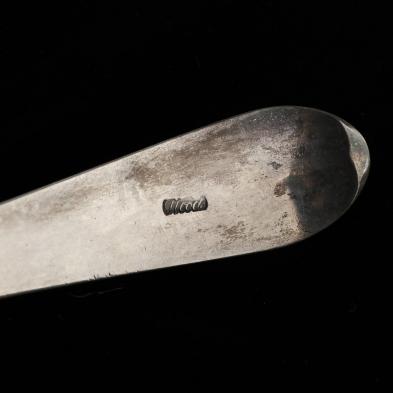 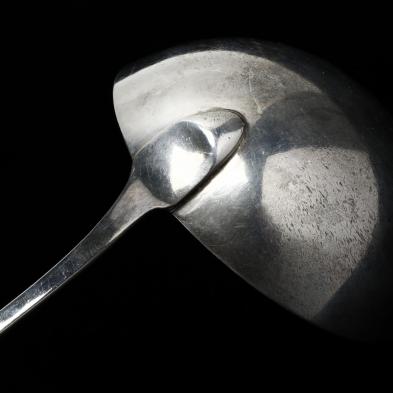 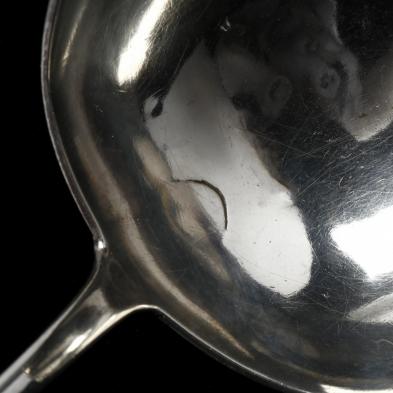