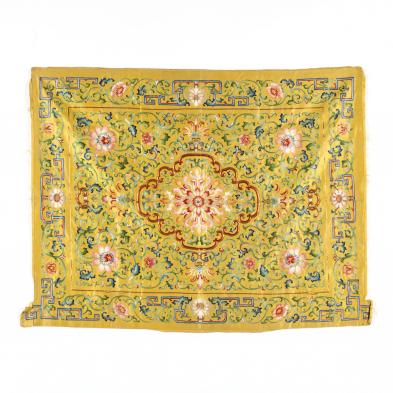 From the Collection of Carolyn Connor, Hillsborough, North Carolina

Inherited by the consignor from her grandmother, Ruth Bartholomew Johlin of Nashville, Tennessee and Cape Cod, Massachusetts.
Mrs. Johlin acquired many fine textiles throughout her world travels in the 1940s and 1950s.

A few areas with light staining to silk; some lifting of thread in gold thread border; some loosening of threads to two of the flowers; small threads remain along edges. 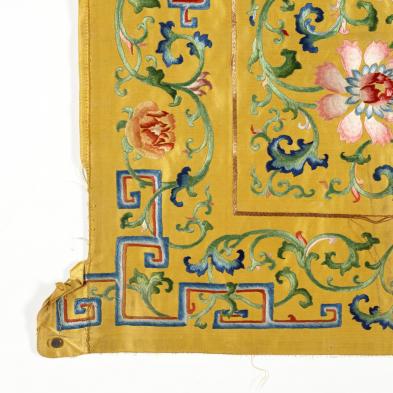 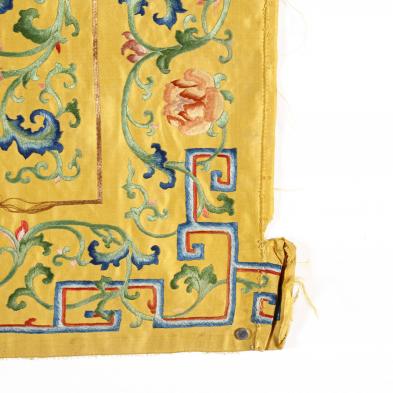 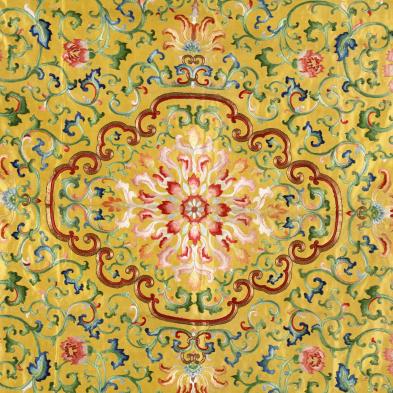 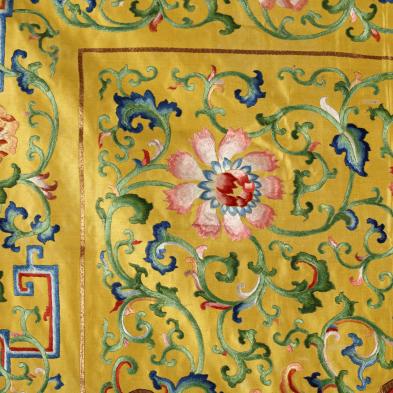 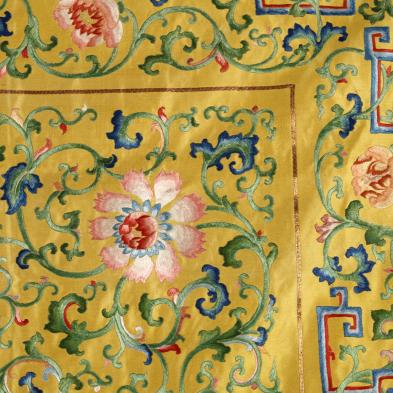 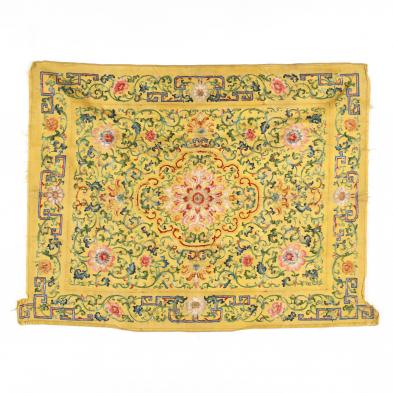