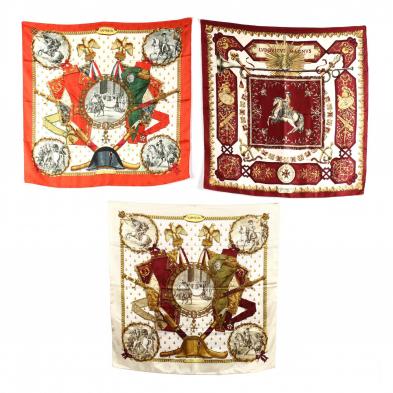 Lot 134
A Trio of Royalty in Silk Scarves, Hermès
Lot Details & Additional Photographs
Made in France, the first Hermès silk scarf in the Ludovicus Magnus pattern designed by Francoise de la Perriere in 1963. This ornate print depicts France’s King Louis XIV on horseback in the center surrounded by a multitude of fanciful period borders; the second and third scarves are depictions of Napoleon on horseback or in a state carriage set against a jacquard field embroidered with bees.

From the Estate of the late Eleanor Revson, New York, New York

The Napoleon scarf with the red border has two smudges; other scarves fine. 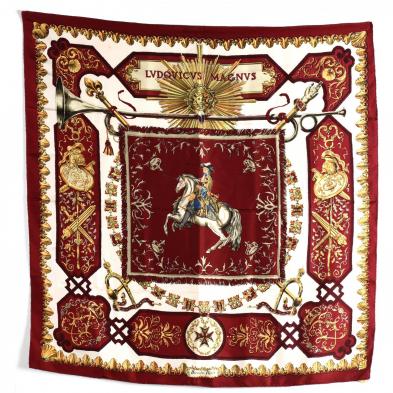 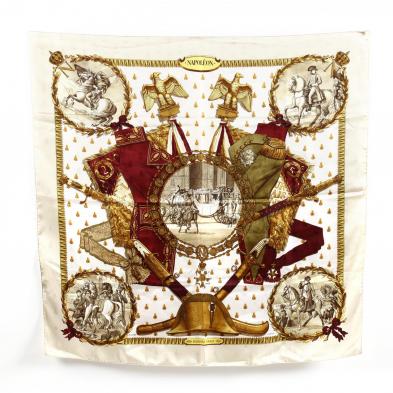 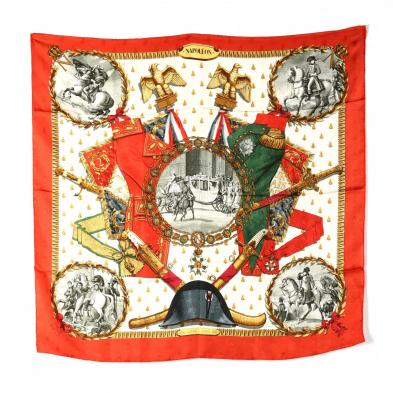 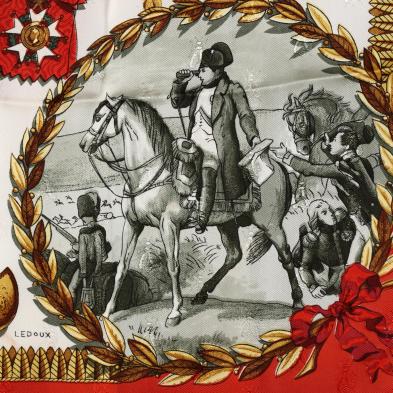 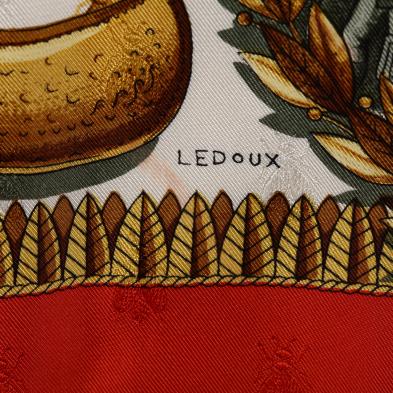 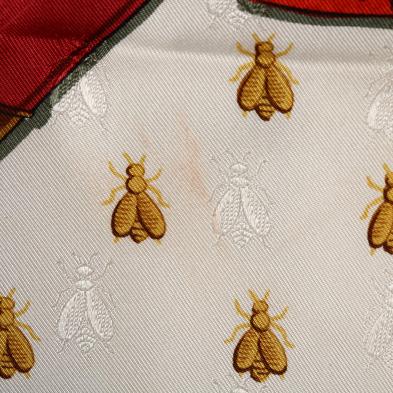 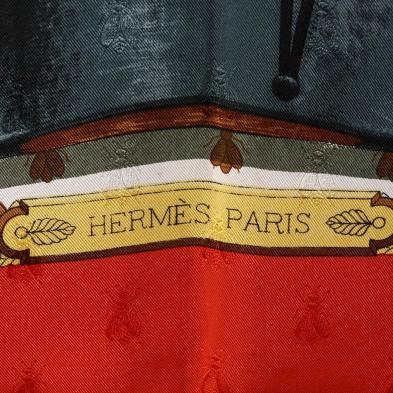 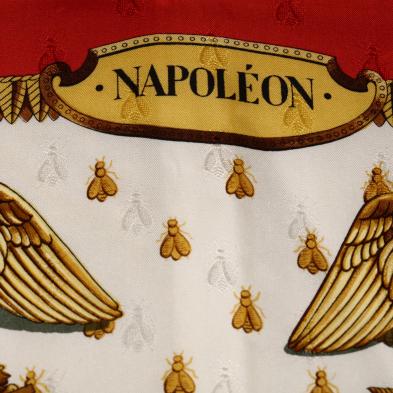 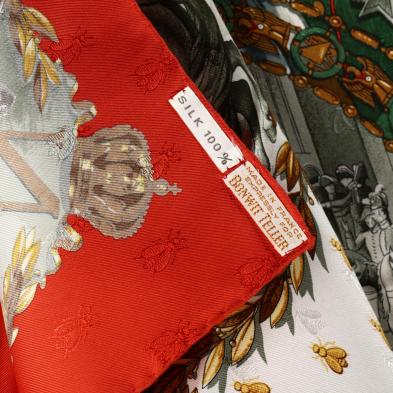 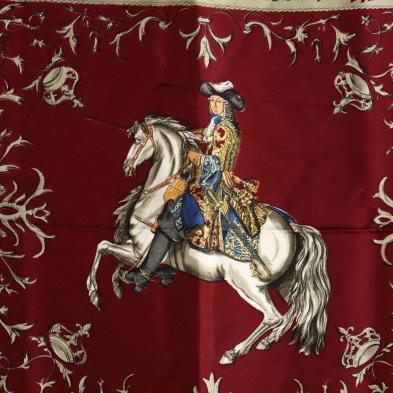 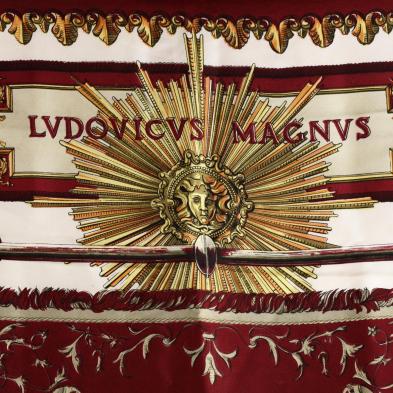 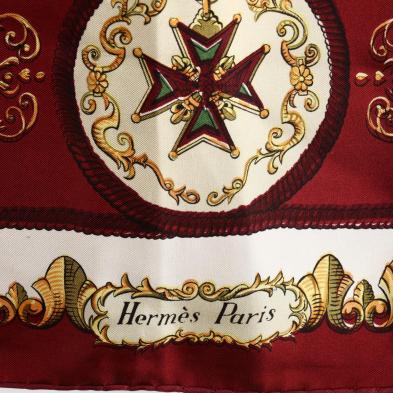 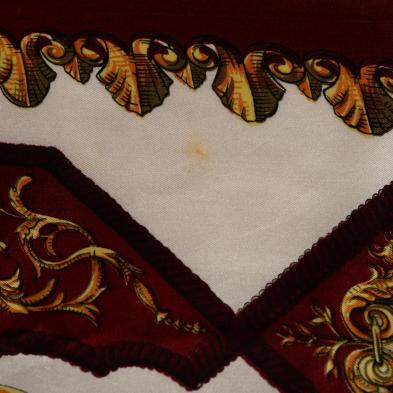 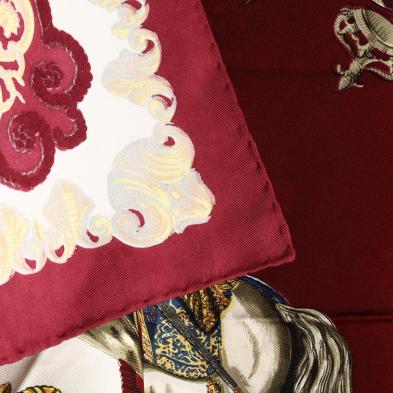 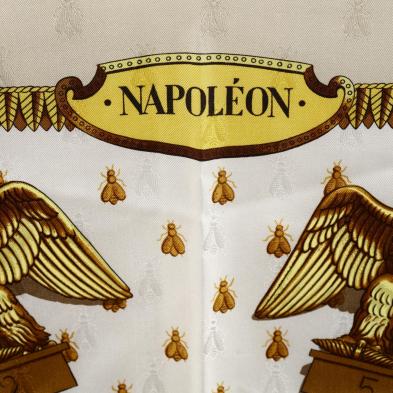 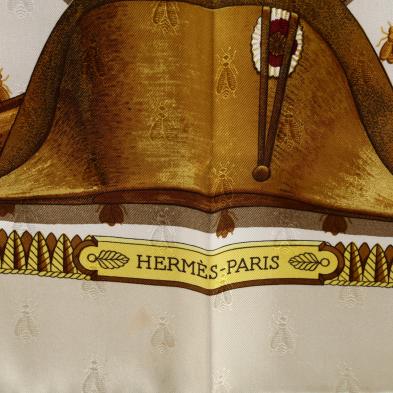 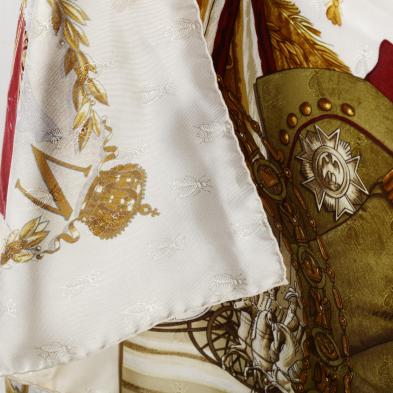