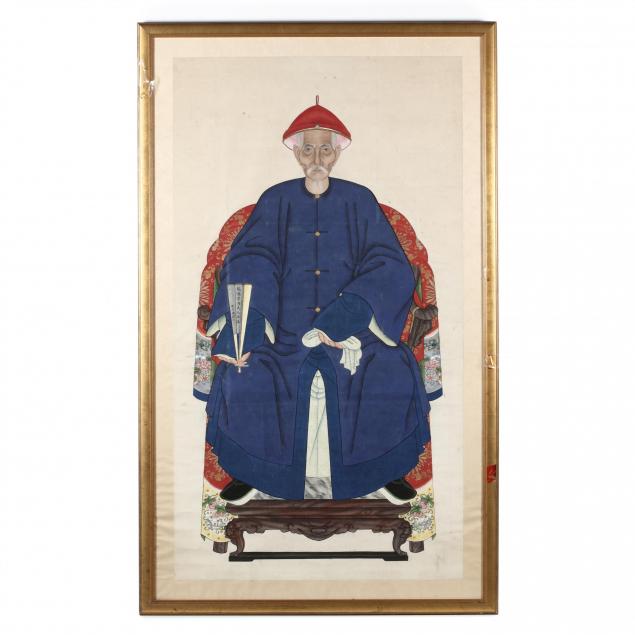 Lot 1190
A Large Chinese Ancestor Portrait
Lot Details & Additional Photographs
Qing dynasty (1644-1911), 19th century, ink and colors on paper, a large and very finely painted ancestor portrait of a man in blue winter robe, with impressive details such as the wood grain on the chair and footrest, the gold thread on brocade cover, the marble on the footrest, the man's fingernails and face, and the vivid colors of the sapphire blue robe and the brilliant red of his hat, the painting is unusual for there is no rank badge, but he holds a fan that is inscribed and has two red seals, originally a hanging scroll now presented in gilded frame, not examined outside of the frame.

some horizontal creasing from previous scroll folding; some minor loss and scratches to pigments, mostly apparent to robe; some dirt and black dots to paper; a few vertical lines of darkening to paper; some loss and clear tape remains to frame. 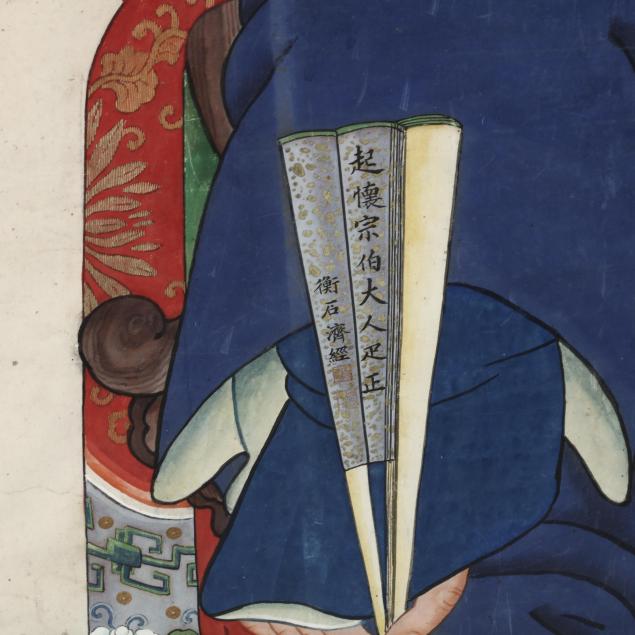 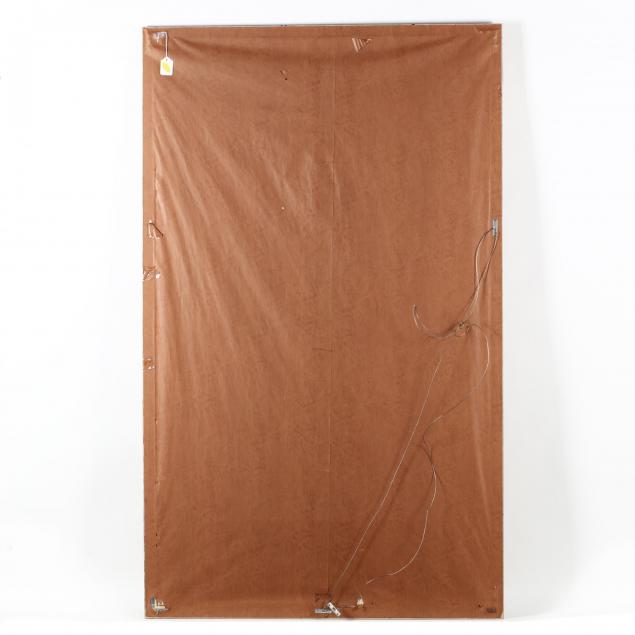