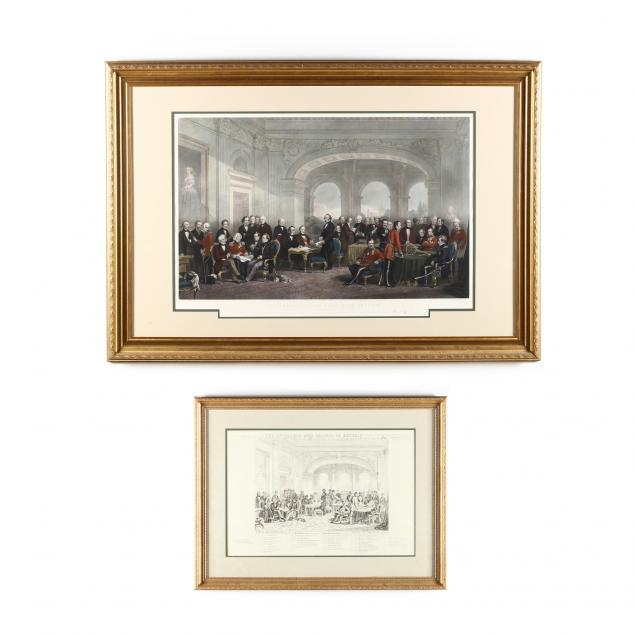 Lot 474
after Thomas Jones Barker, The Intellect and Valour of Britain
Lot Details & Additional Photographs
Steel engraving by Charles G. Lewis, with color (London: Wayward & Leggatt with John Garle Browne, 1864), described in the caption as "This picture of British worthies - representatives of British brain and chivalry: an undying example for British youth is dedicated to the British people by The Publisher." Accompanying the primary work is a smaller key identifying those inhabiting the scene, which shows political, military, literary and scientific luminaries overseen by a painting of Queen Victoria and a bust of Prince Albert. The crowd includes the likes of D'Israeli, Dickens, Gladstone, Palmerston, Tennyson, Livingston, and Thackeray among others. Both prints are presented behind mats in conforming carved and gilt frames.

Not examined out of the frames; some light scattered marginal foxing, else no apparent condition concerns. 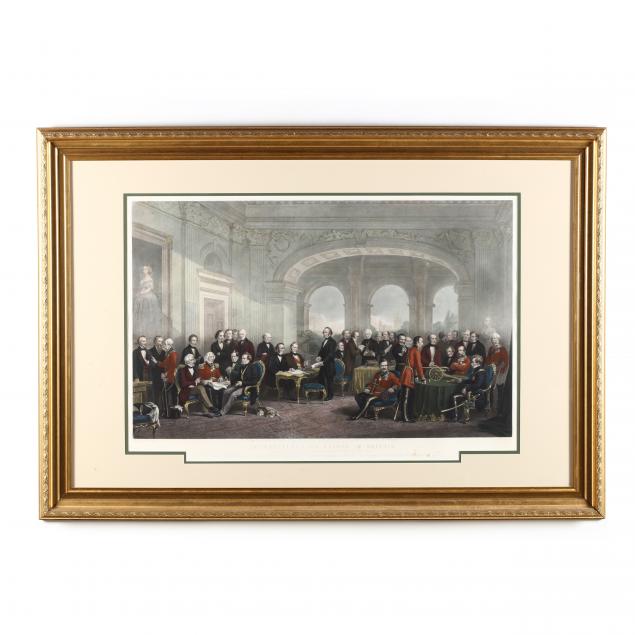 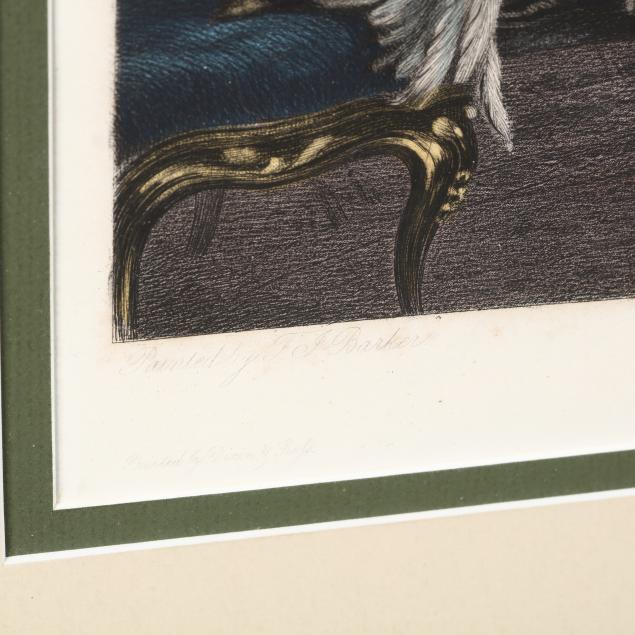 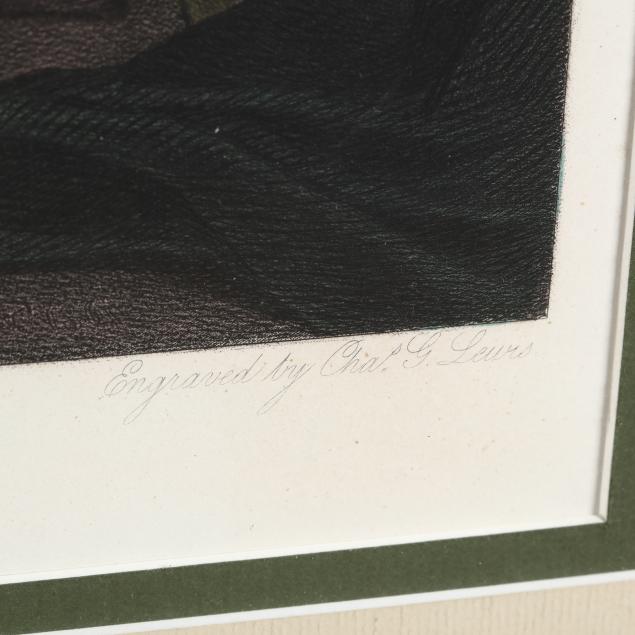 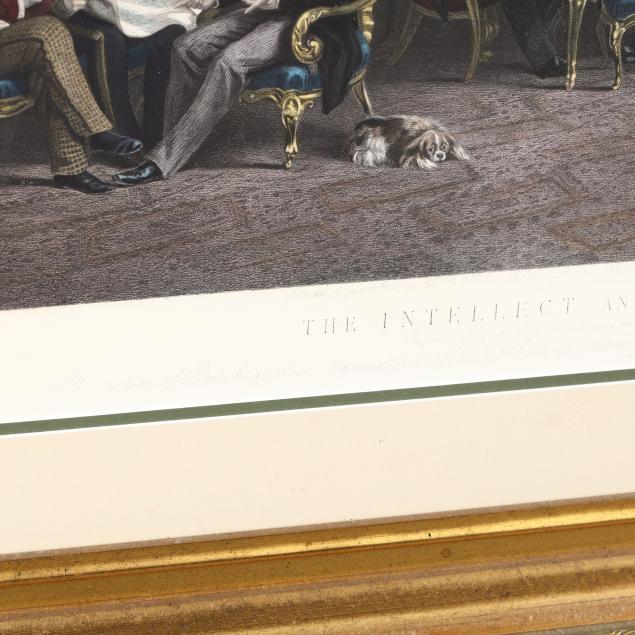 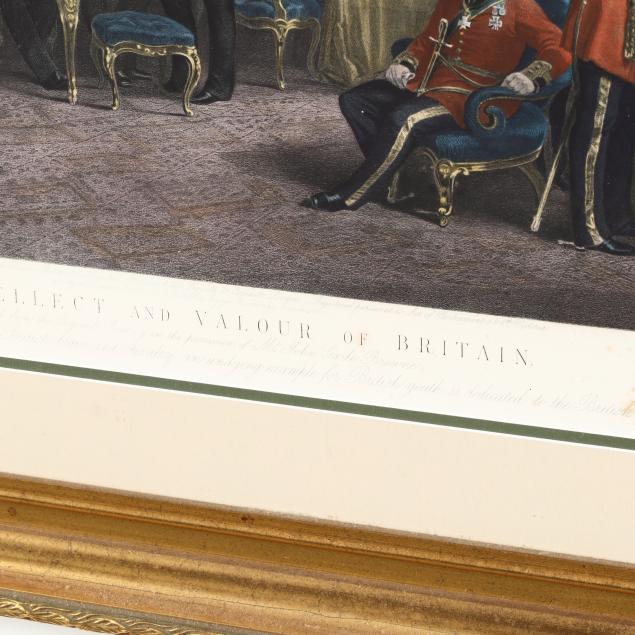 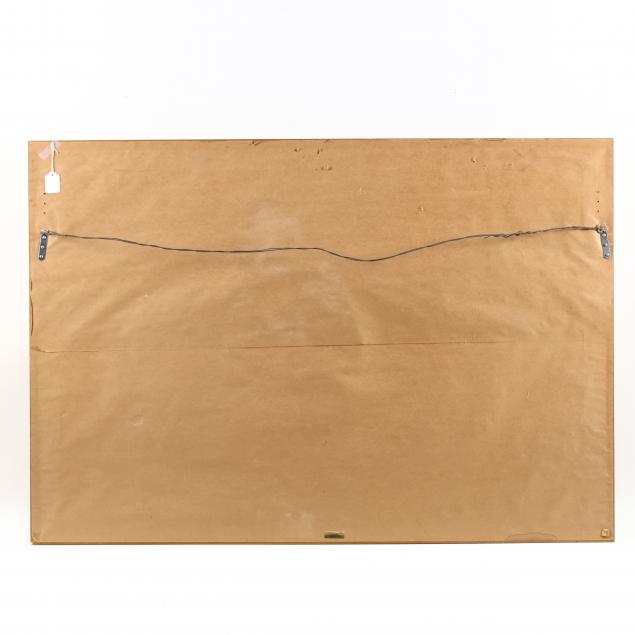 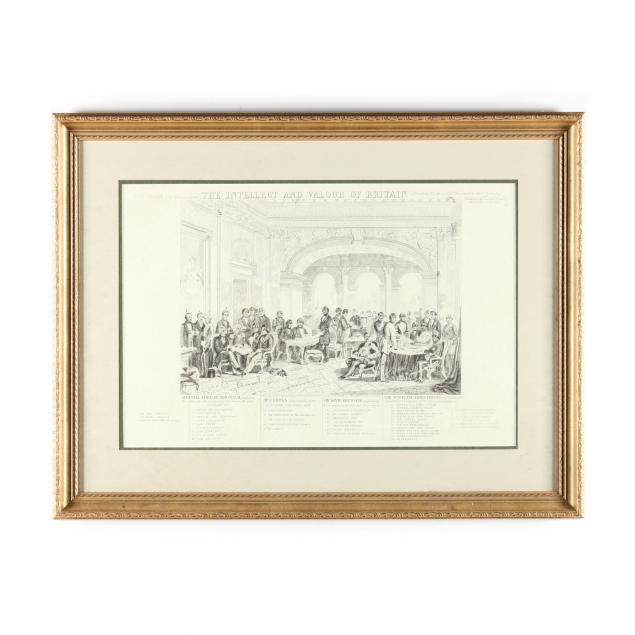 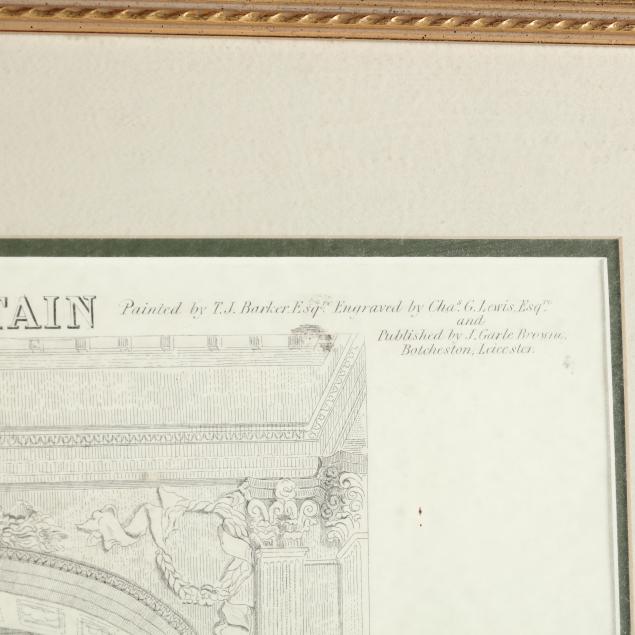 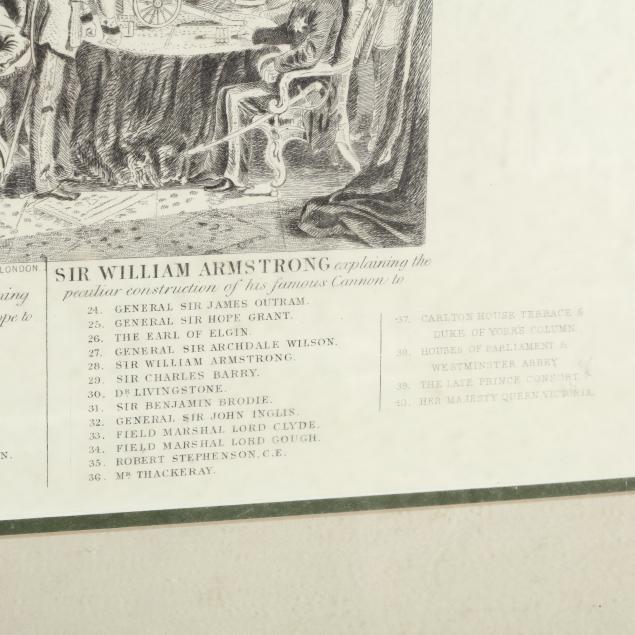 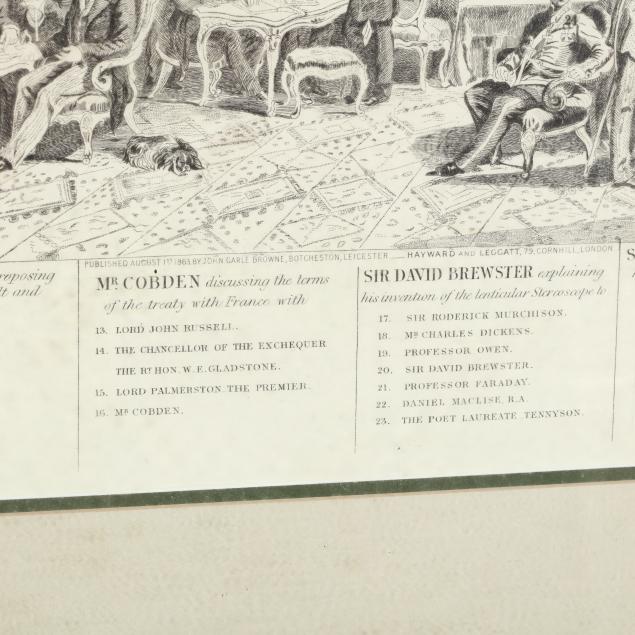 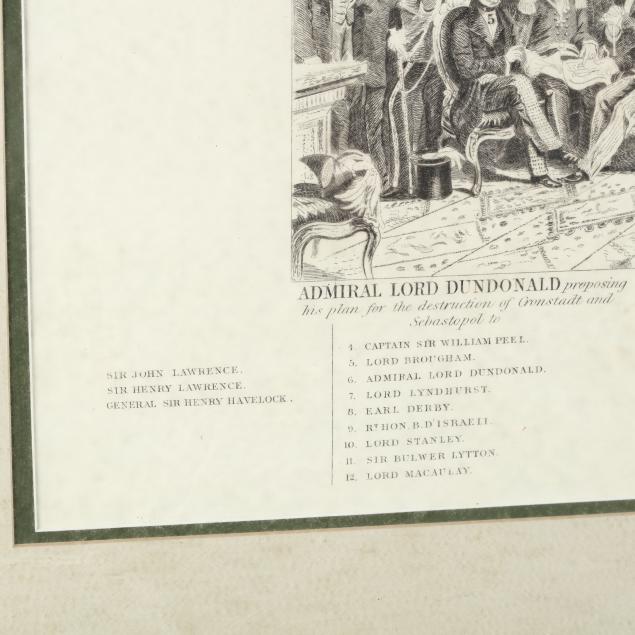 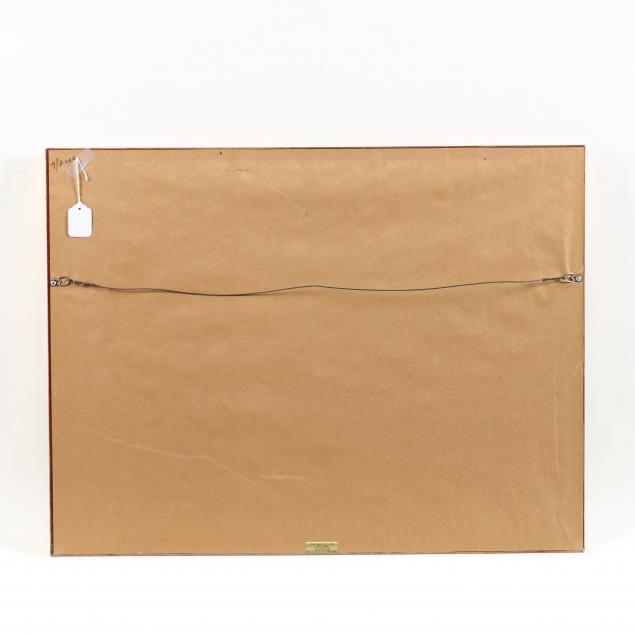