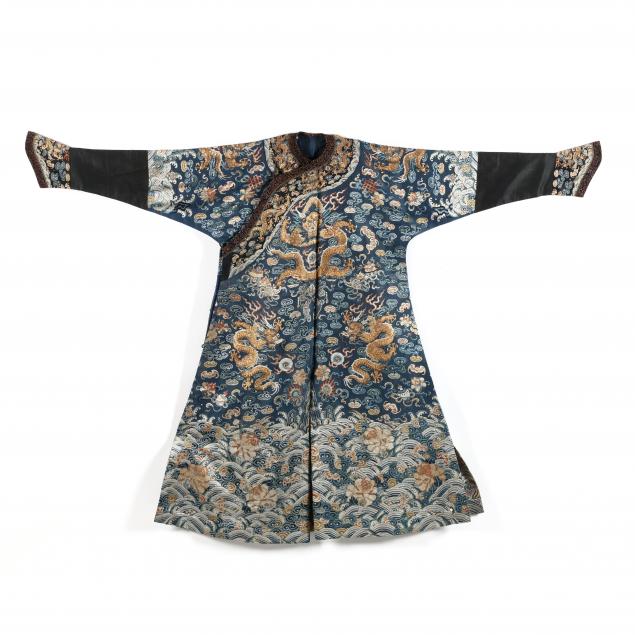 Silk gauze robes were worn during the summer months. They were embroidered with the same decoration and motifs same as the silk satin robes worn by the imperial family during the colder seasons.
Similar to Chinese dragon robe in the collection of the Museum of Fine Arts, Boston, accession 11.3883. 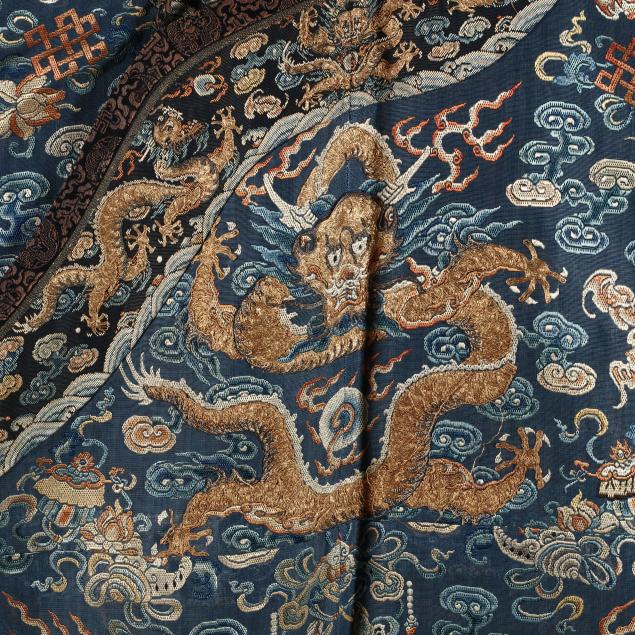 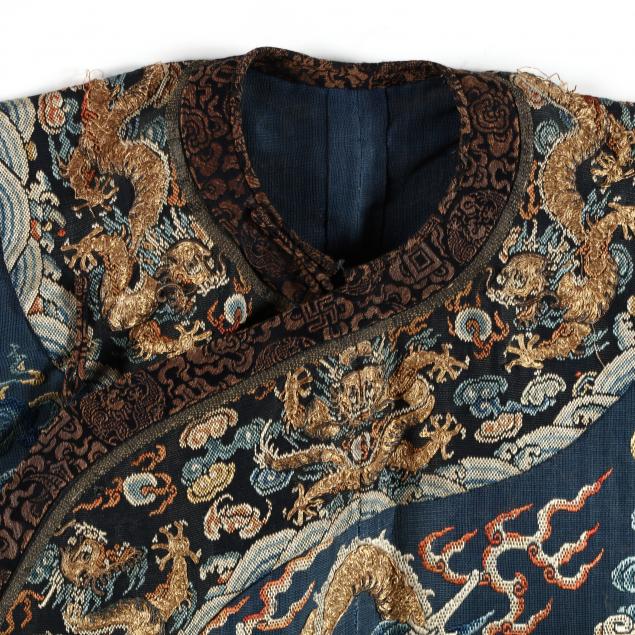 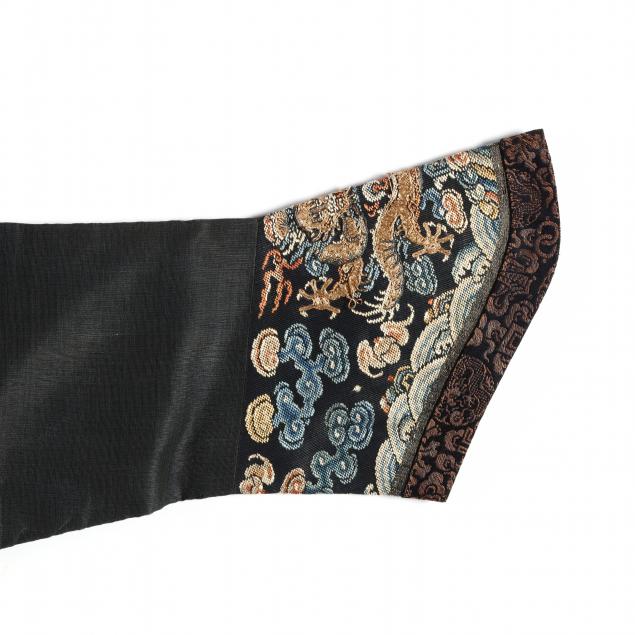 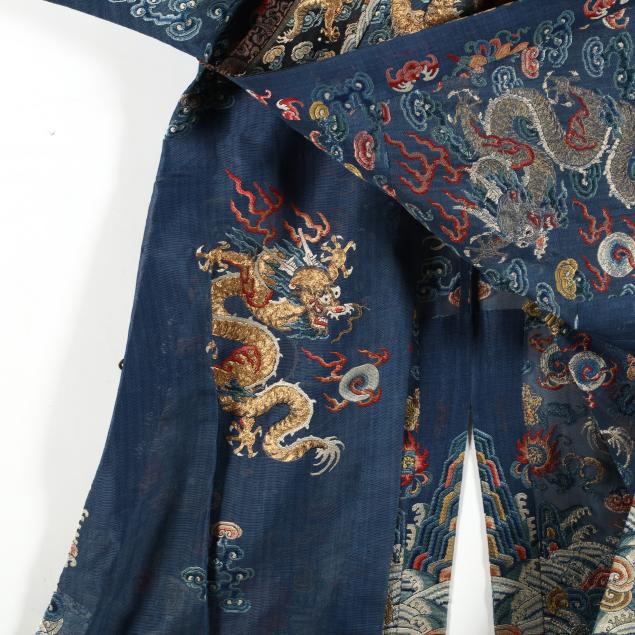 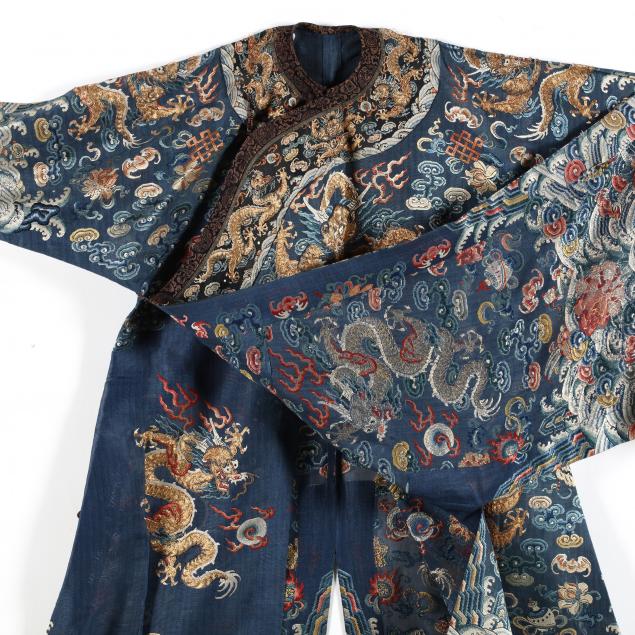 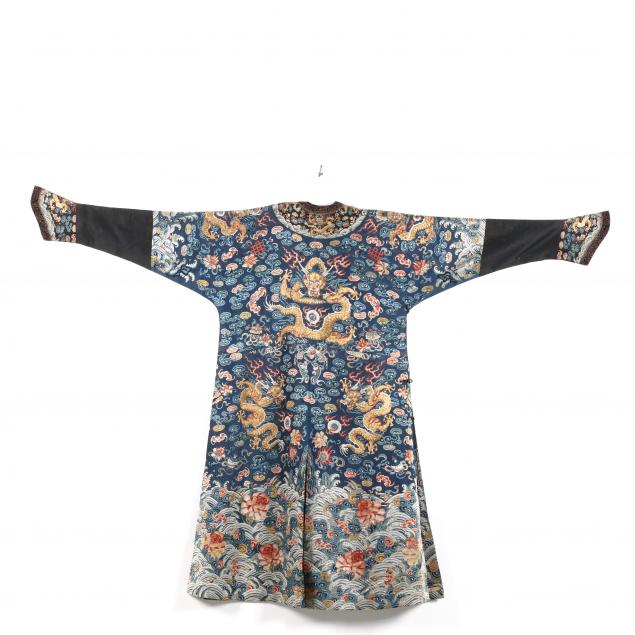 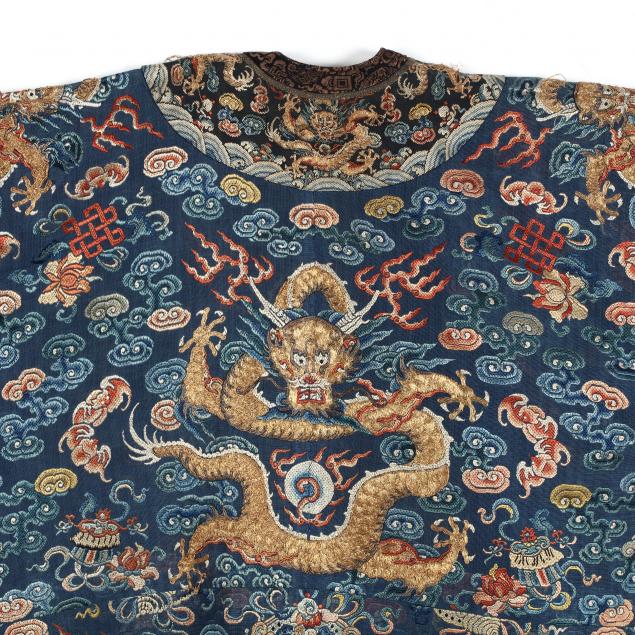