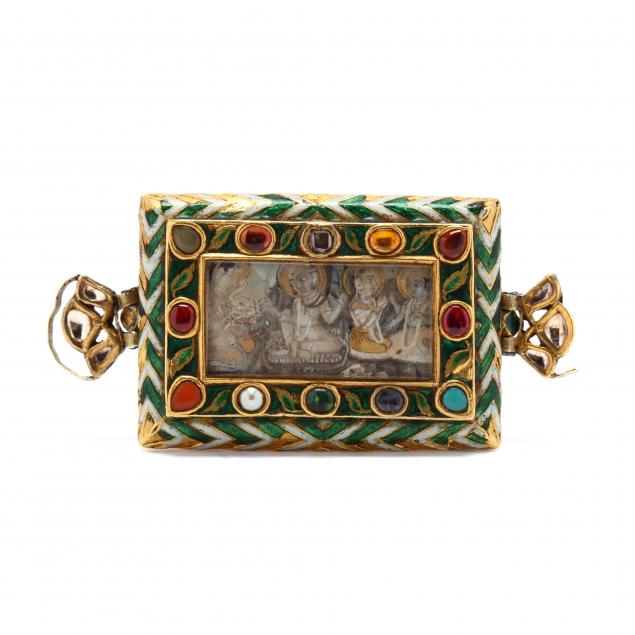 Accompanied by a letter of affidavit dated June 6, 1943 from Ram Charan Dass of Delhi describing the armlet and saying that it had been in his family for more than one hundred years. His letter also indicates Dass believed the armlet "was produced at Nathdwara (India) in the year 1580 approximately."

Painting with some surface scratches and fading; some age appropriate minor nicks to enamel and stones visible under magnification; loss to thin wire to one diamond set end hook. 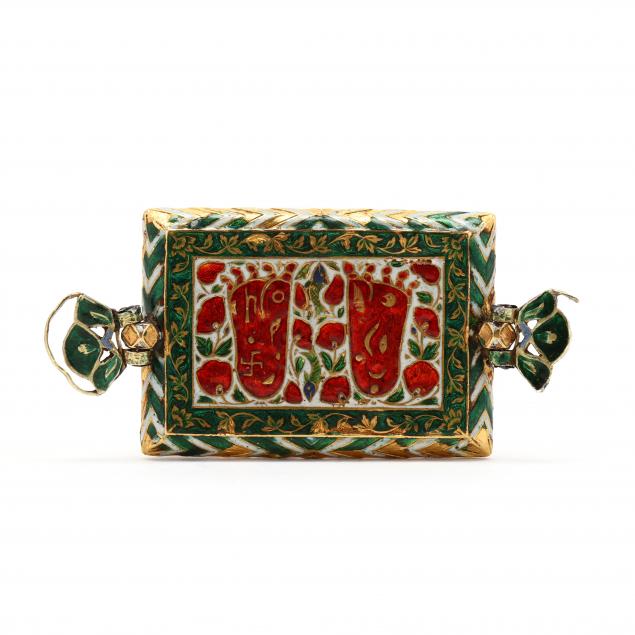 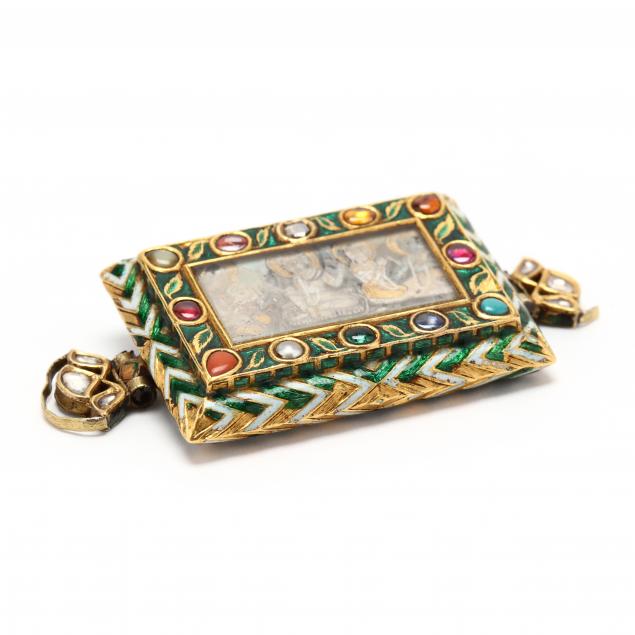