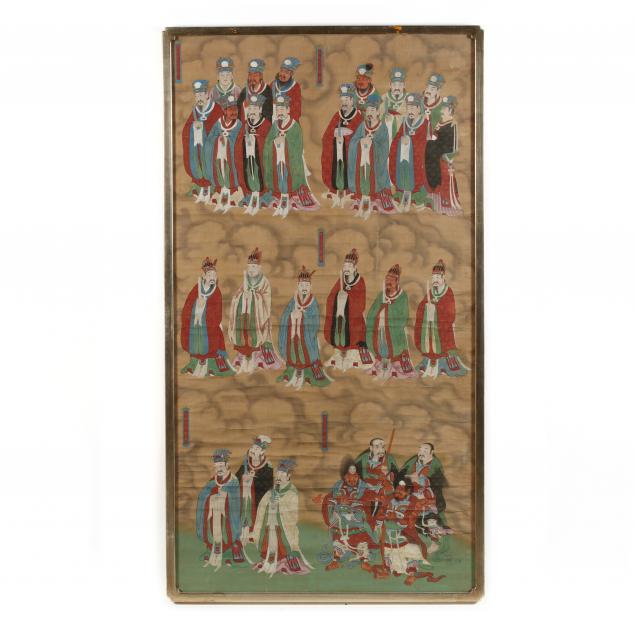 This painting would have been from a larger group commissioned for the Buddhist Water and Land Ritual, a rite that was intended to deliver all sentient beings from hell. Although a Buddhist rite, many of these paintings include Daoist gods and folk deities.
A similar painting sold at Christie's, London May 15, 2018, lot 154.

Horizontal creases to silk; a spot of discoloration to upper right area; a 24 in. vertical repair to right hand side. 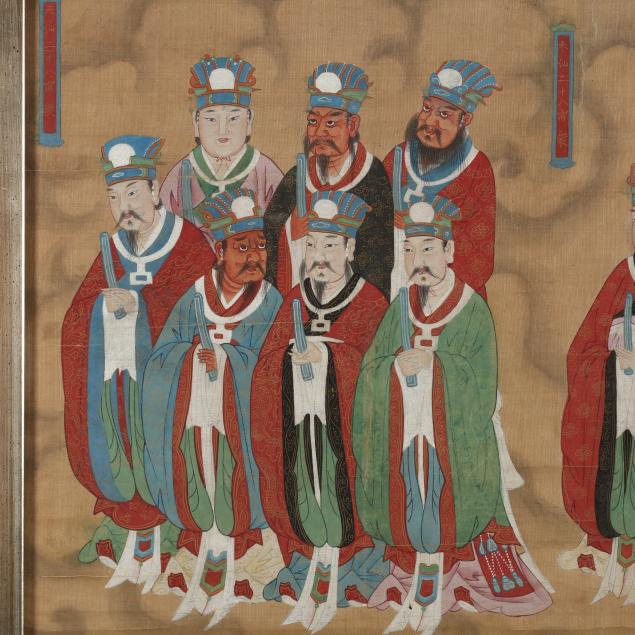 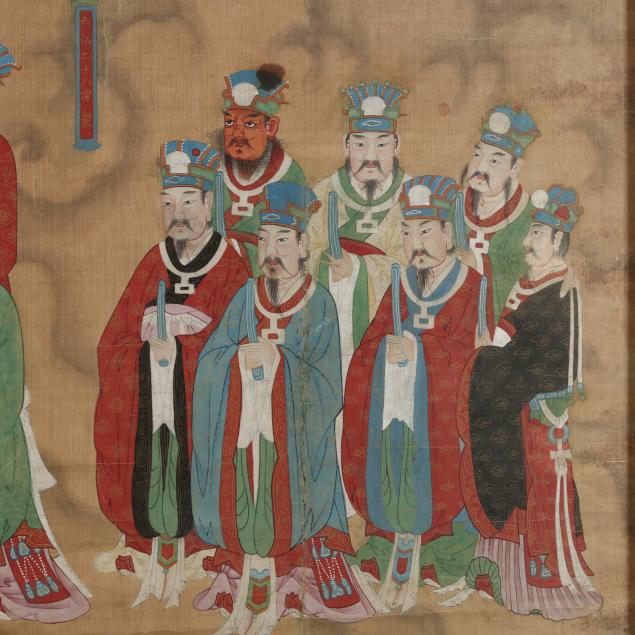 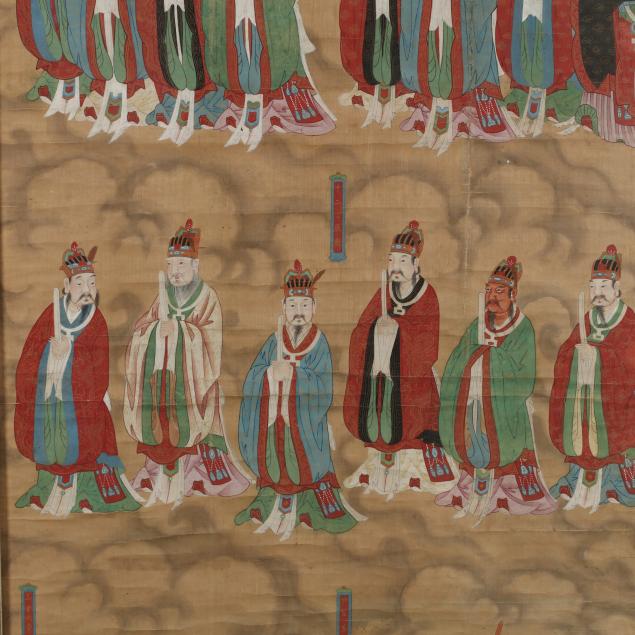 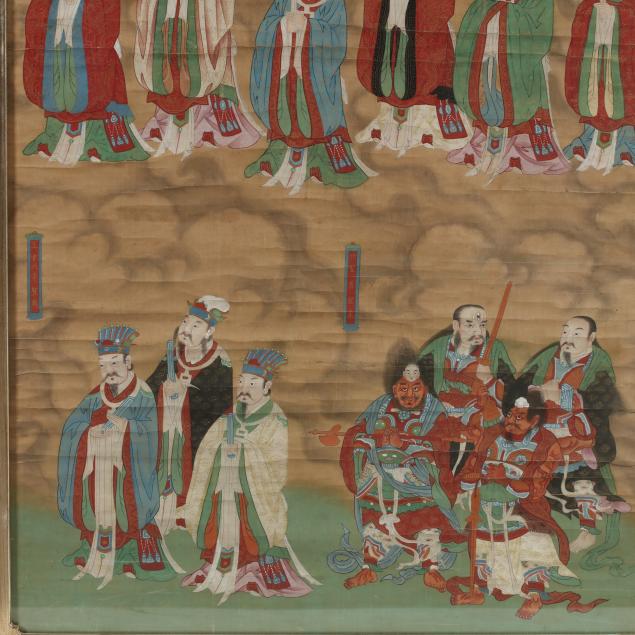 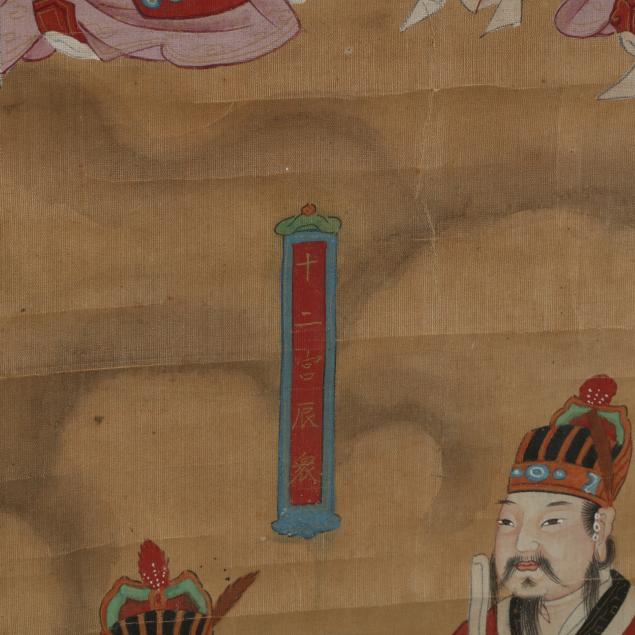 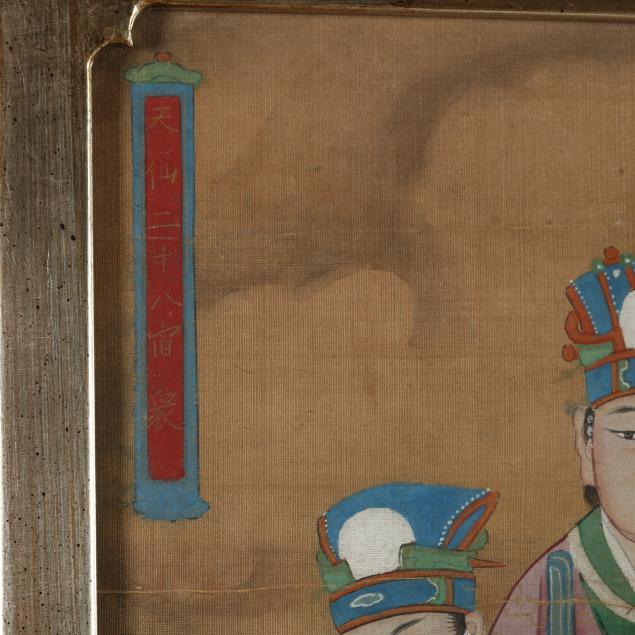 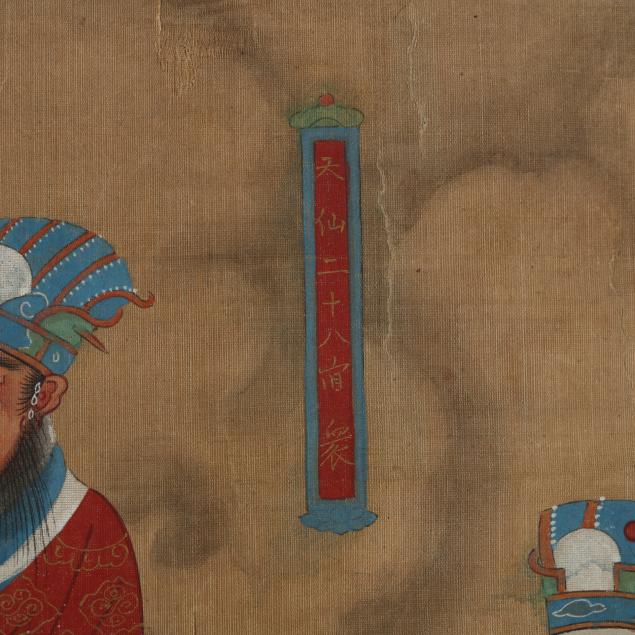 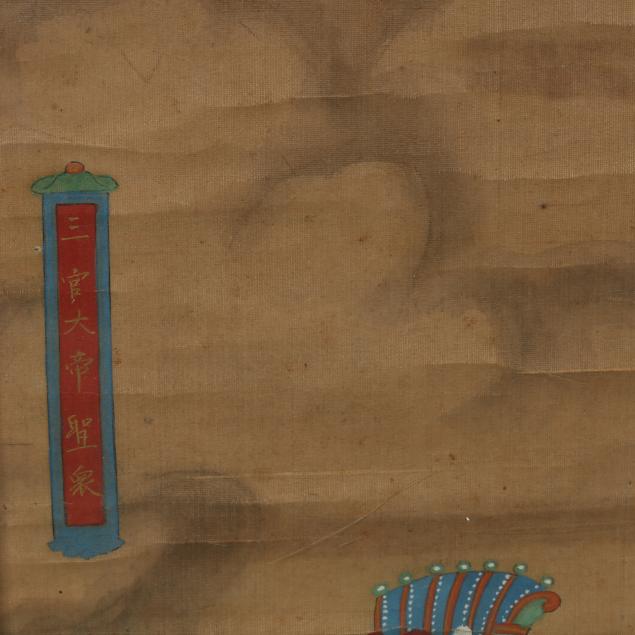 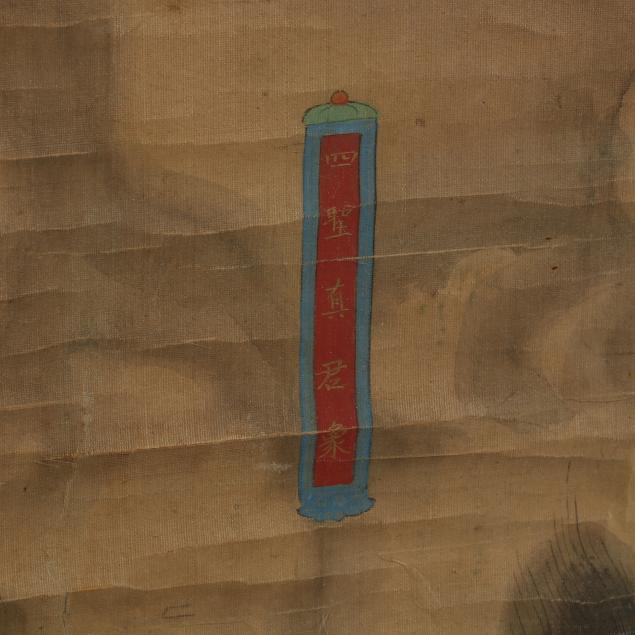 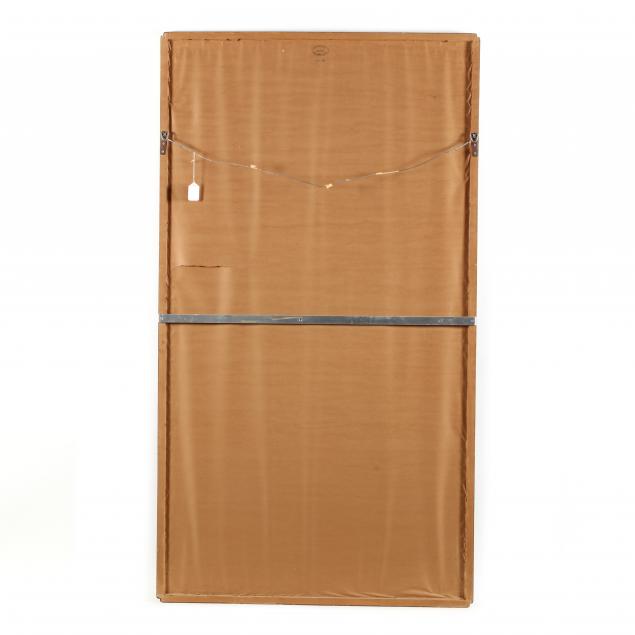