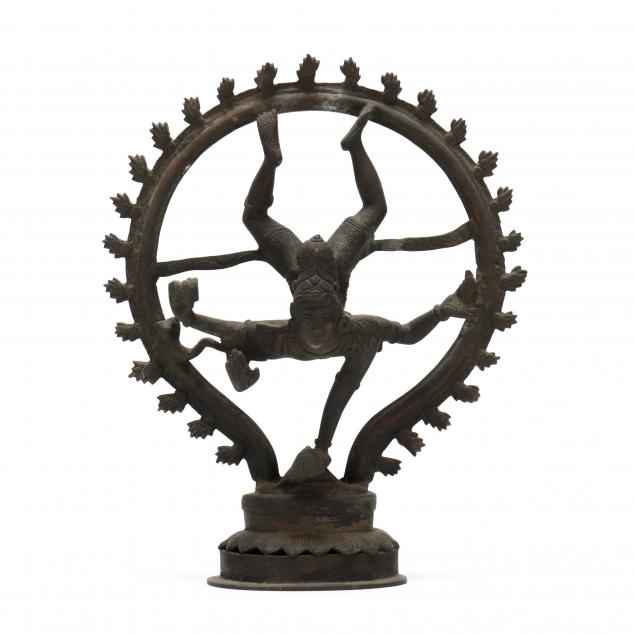 Lot 1184
An Indian Bronze Sculpture of Shiva Bringing the Goddess Ganga to Earth
Lot Details & Additional Photographs
20th century, Shiva is featured within a circle of flames wearing a tall crown and facing downwards where he holds the goddess Ganga with one of his four arms as he brings her to earth, mounted on a lotus base, Shiva is one of the three gods of the Hindu trinity, his role is to destroy the universe in order to recreate it.

From the Collection of Patricia Ann Leahy, Fayetteville, North Carolina

Good estate condition; nice patina to bronze; a slight chip to base rim on reverse. 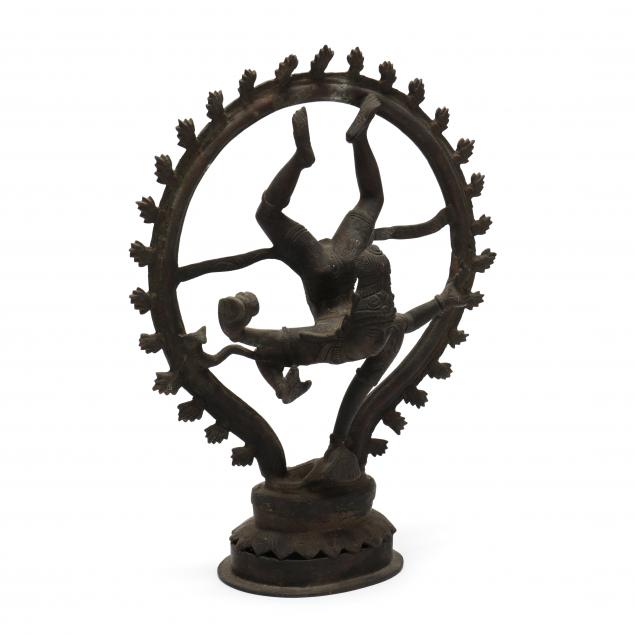 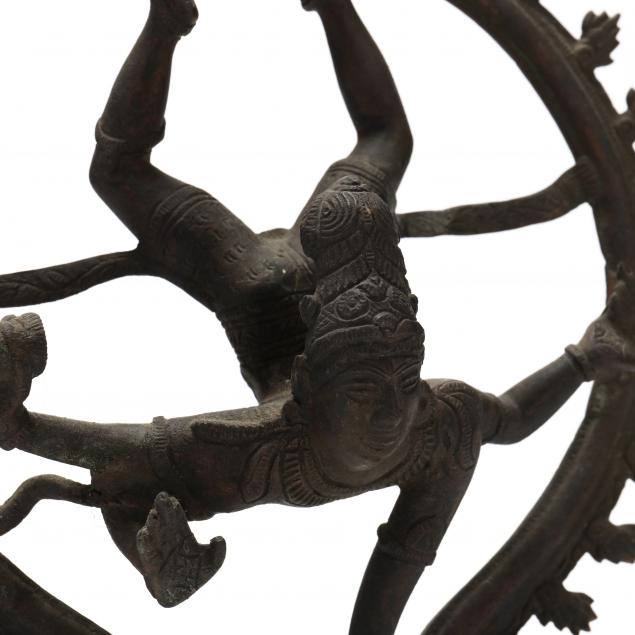 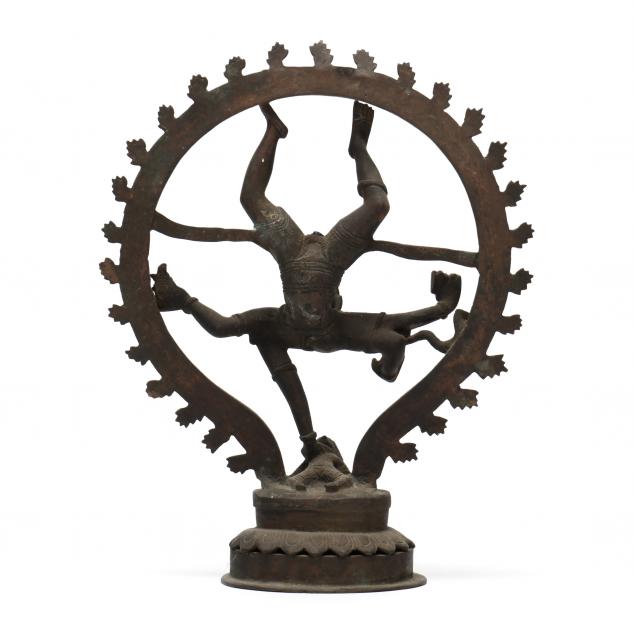 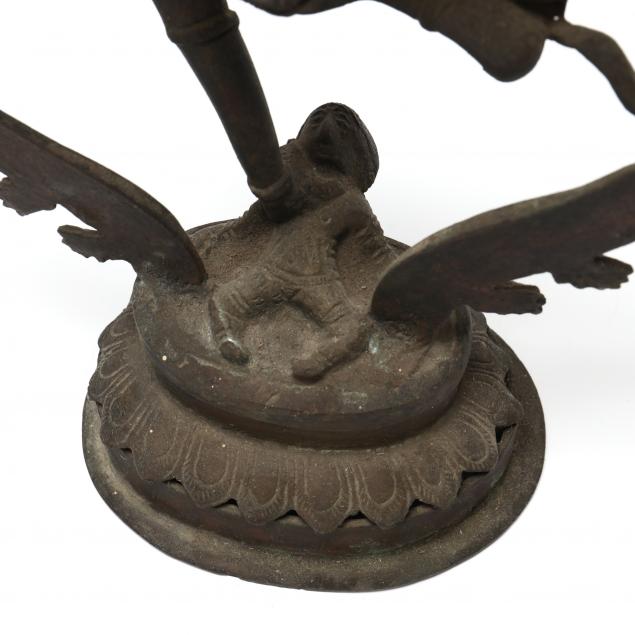 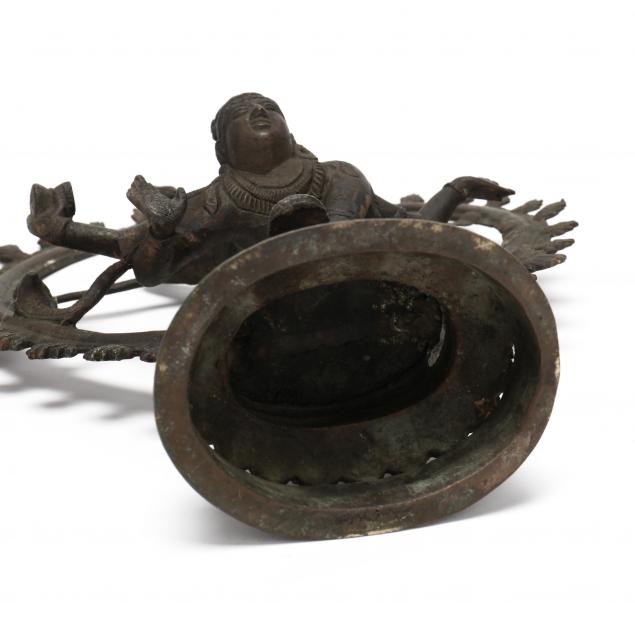