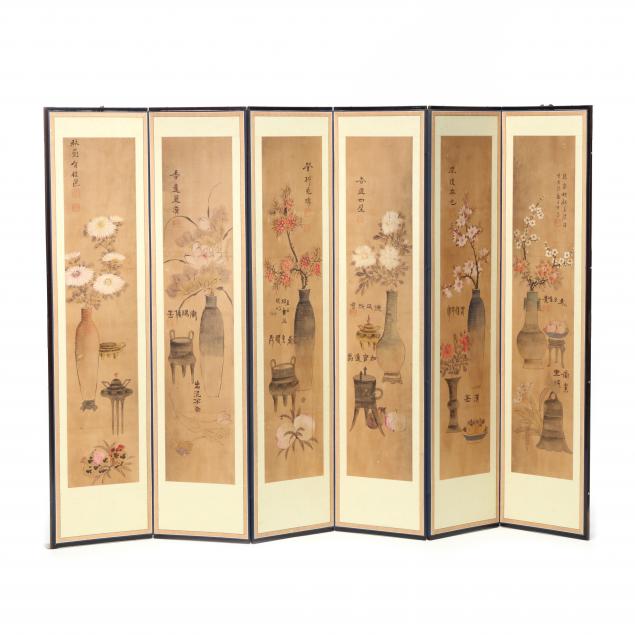 Similar folding screen in collection of the Metropolitan Museum of Art and Horim Museum, South Korea. Both screens attributed to Jang Seung-eop (Korean, 1843-1897), the leading court painting during the 19th century in Korea. The Gimyeong Jeoljido theme became a popular and distinct genre in the 19th century developed by Jang Seung-up as a combination of Joseon's still life painting with the painting styles of Qing dynasty.

Areas of loss and repair; some areas of discoloration; dirt to surface; some foxing to brocade mounts. 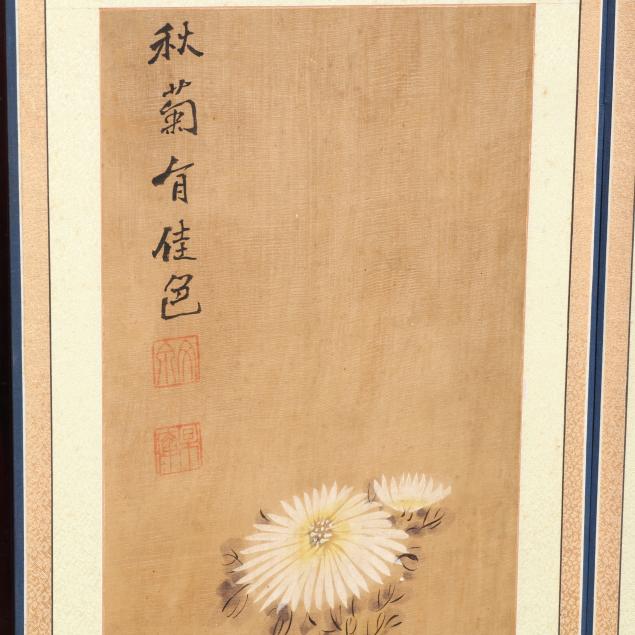 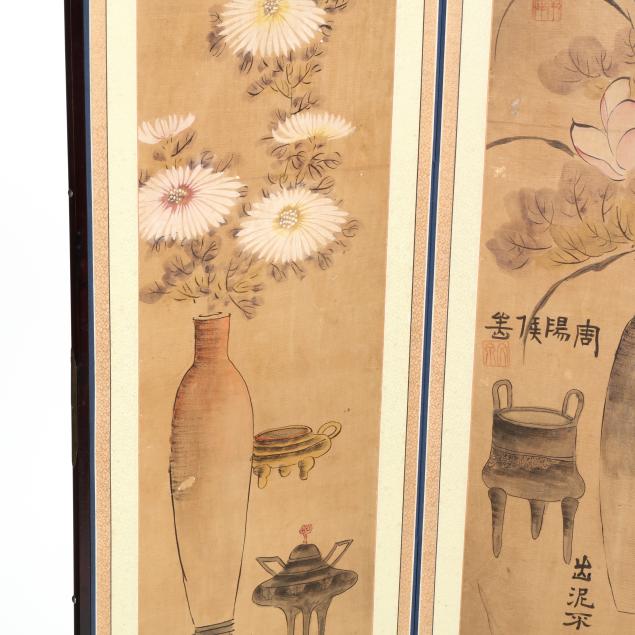 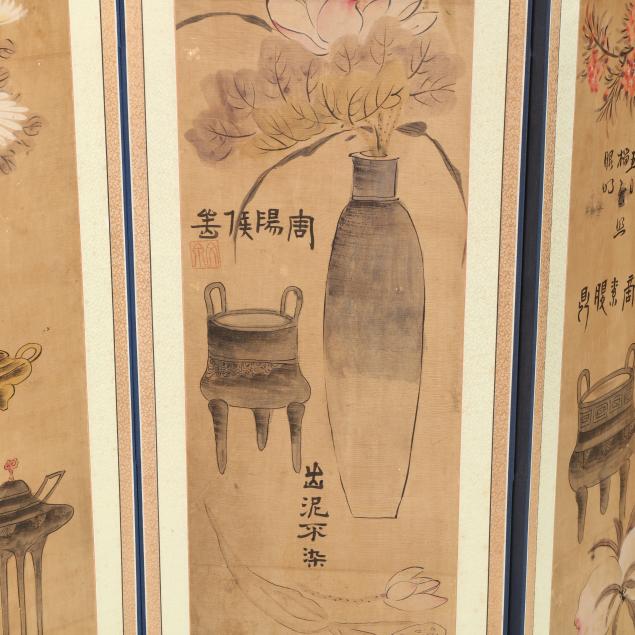 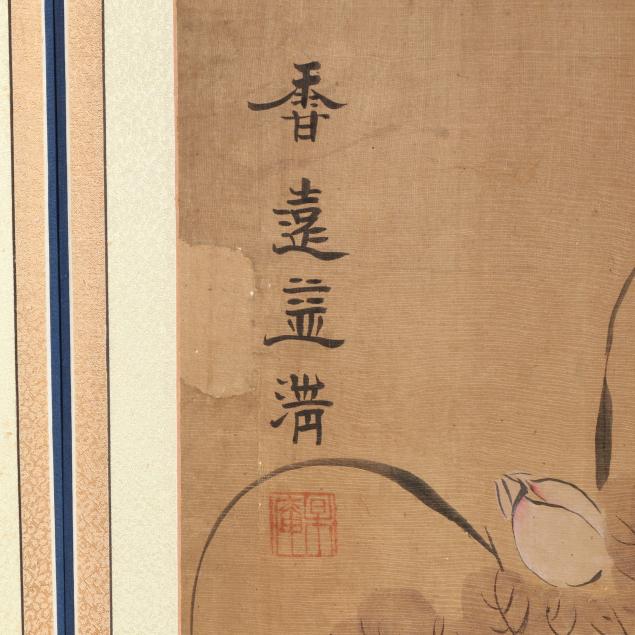 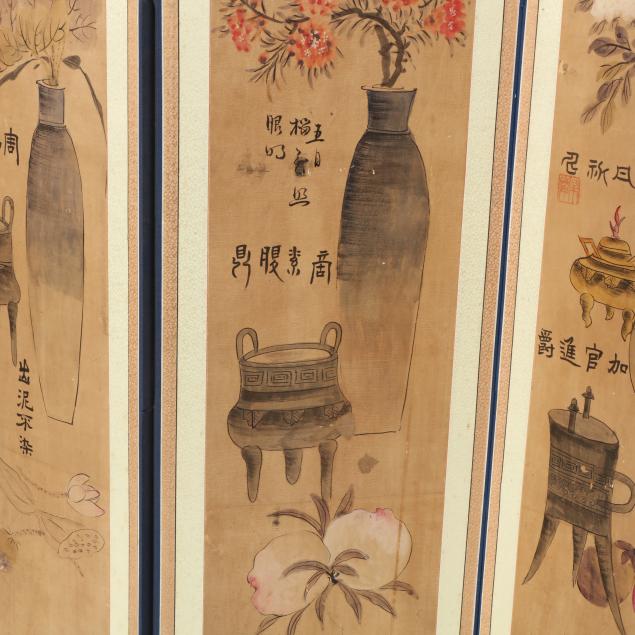 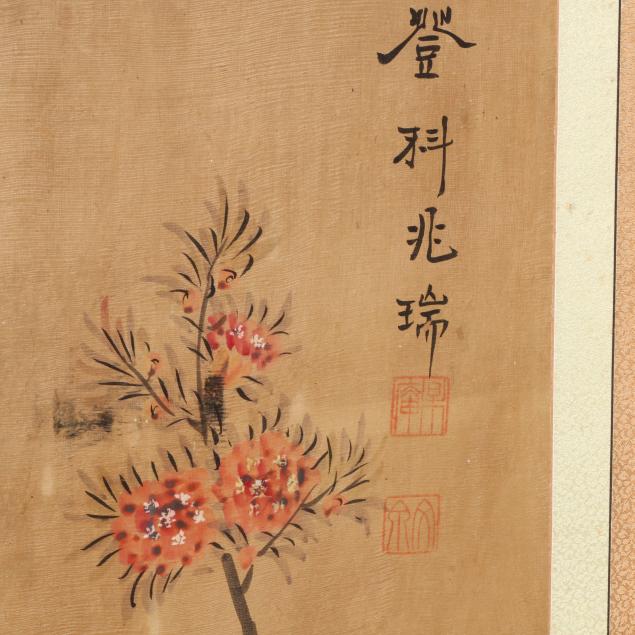 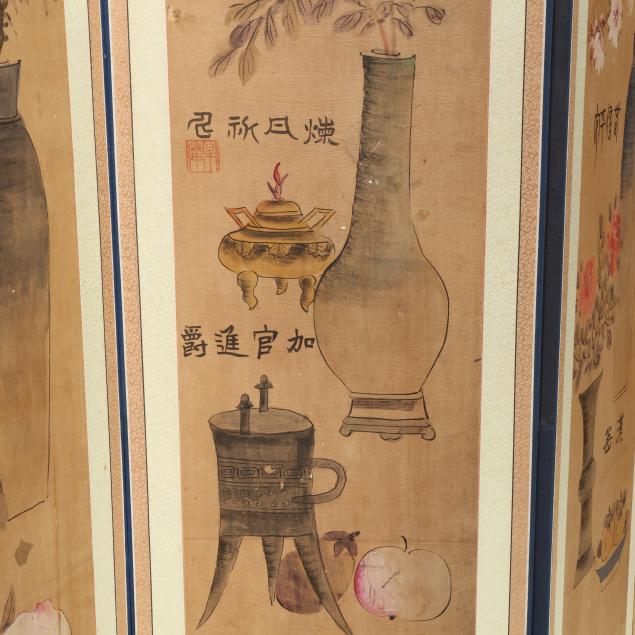 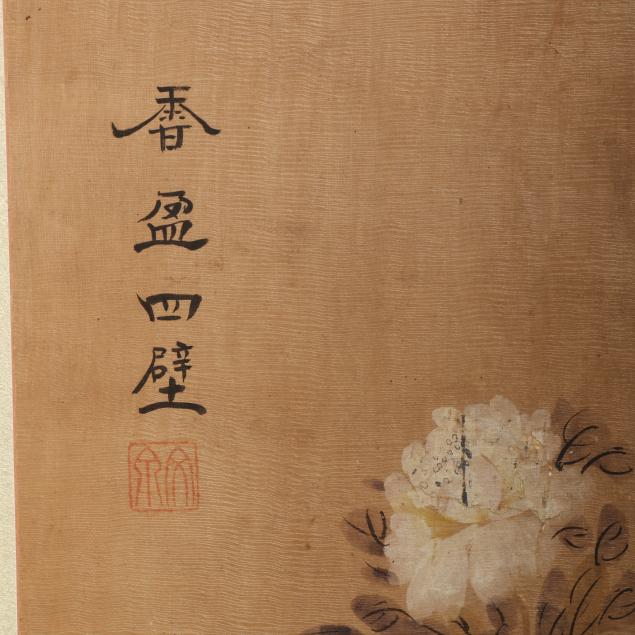 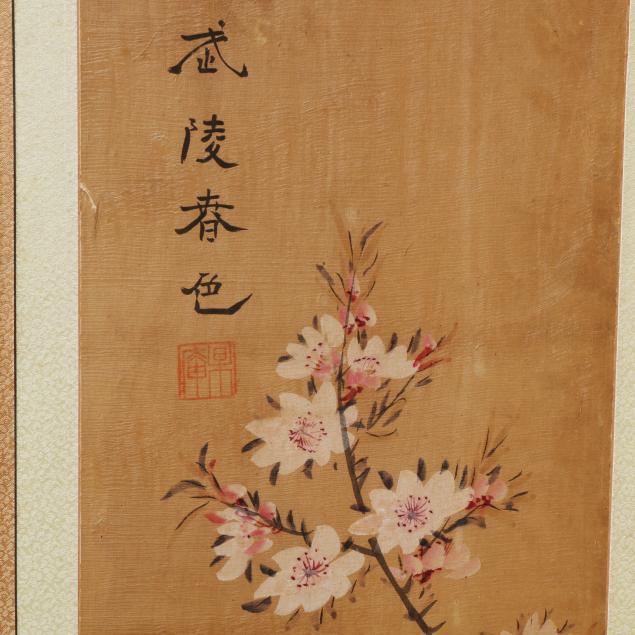