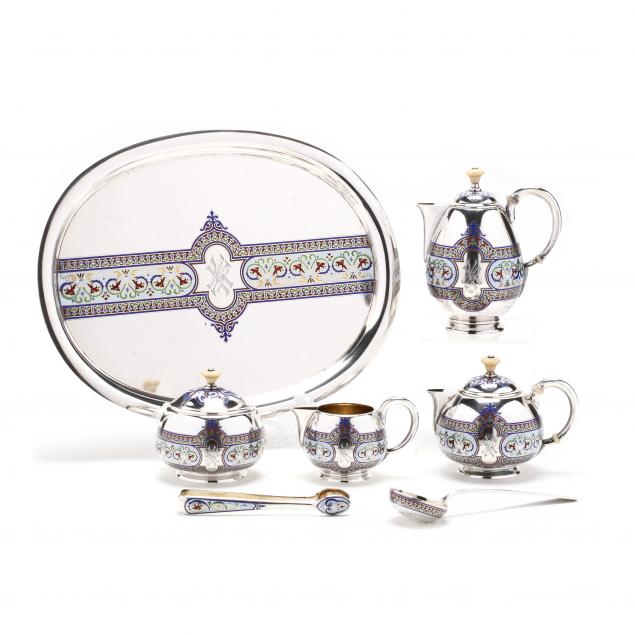 By descent through the family of Nadia von Krauskoph de Uthemann, heiress of Trigolnik, and Prince Vladia Dragutin Voukitchevitch. Prince Voukitchevitch was one of the founders of the League of Nations. His original Passeport Diplomatique from 1935 and printed photograph copies of Nadja's Passeport Diplomatique from 1938 accompany this lot. For related lots, see Lot 66 and Lot 393.

The Grachev firm was founded in St. Petersburg in 1866. The recipients of numerous design awards throughout Europe and the United States, the firm was awarded the Imperial Warrant in 1892. Some of their items were retailed by Fabergé. The firm closed in March 1918.

Tray with light scratching; teapot with minor nick to handle and neck, very small nick to cover, some looseness and light staining to insulators; hot water pot with small flake to enamel near open cartouche, insulators are likely replaced; Sugar bowl with minor chipping to enamel near open cartouche; Creamer in good estate condition; Strainer with some chipping to enamel on handle, extensive loss to enamel at back of bowl and with associated denting; Sugar tongs with some loss to enamel on handles, denting to ends of bowls with associated enamel loss. The set likely originally included a serving fork. 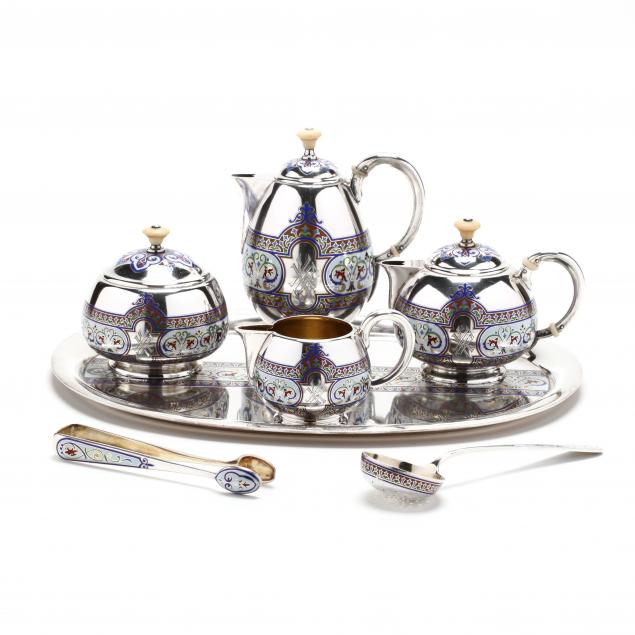 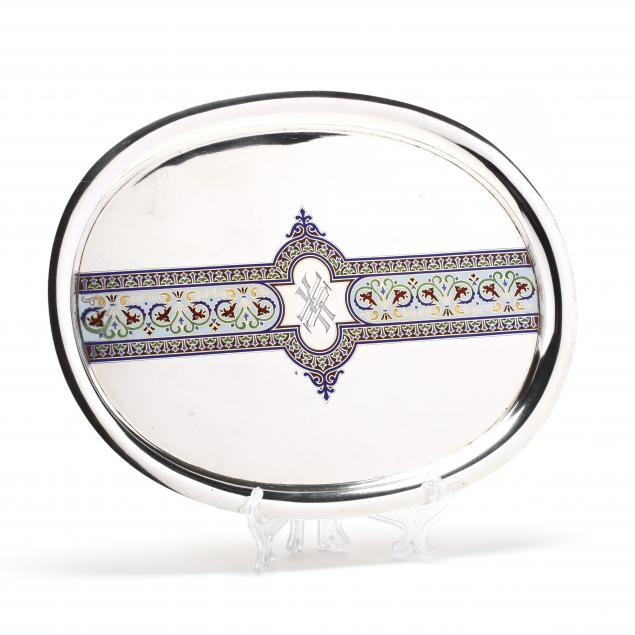 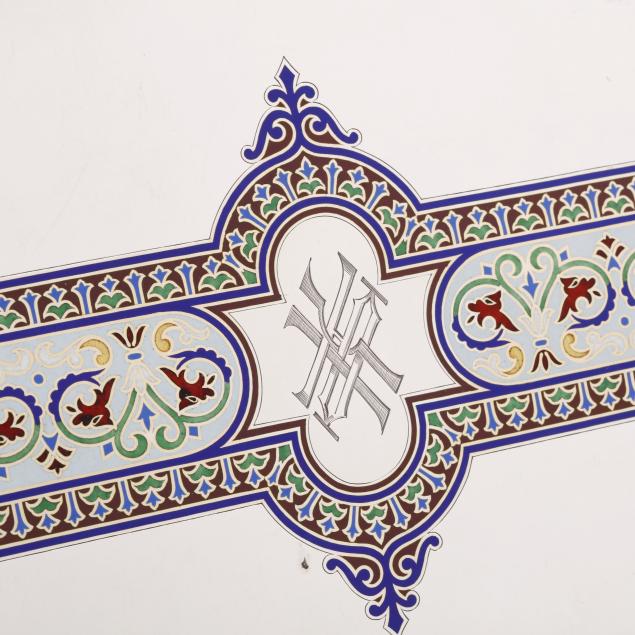 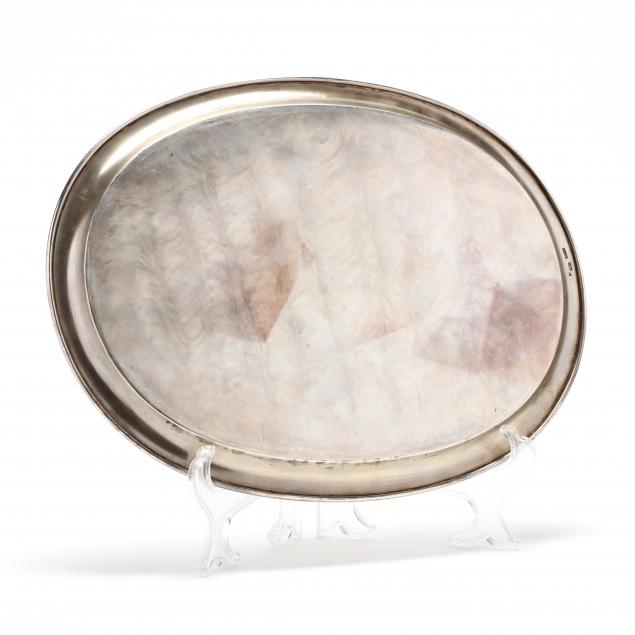 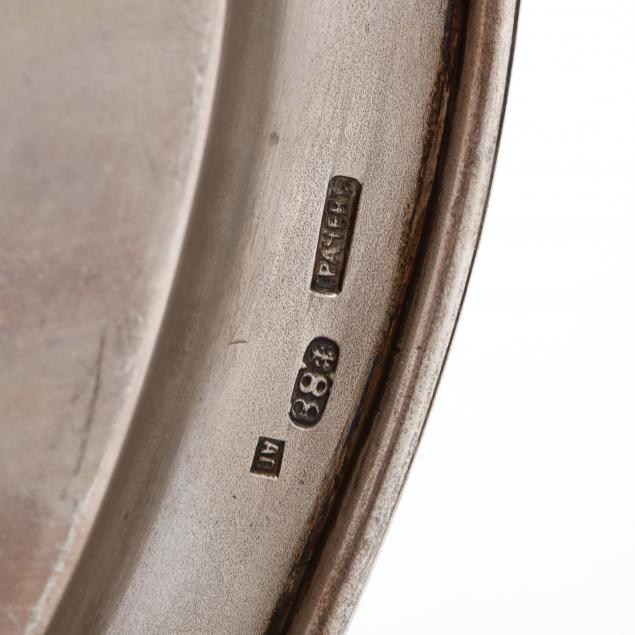 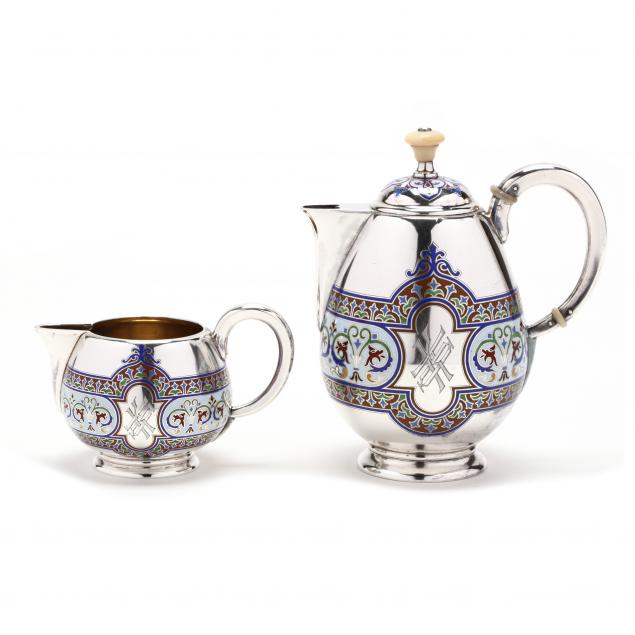 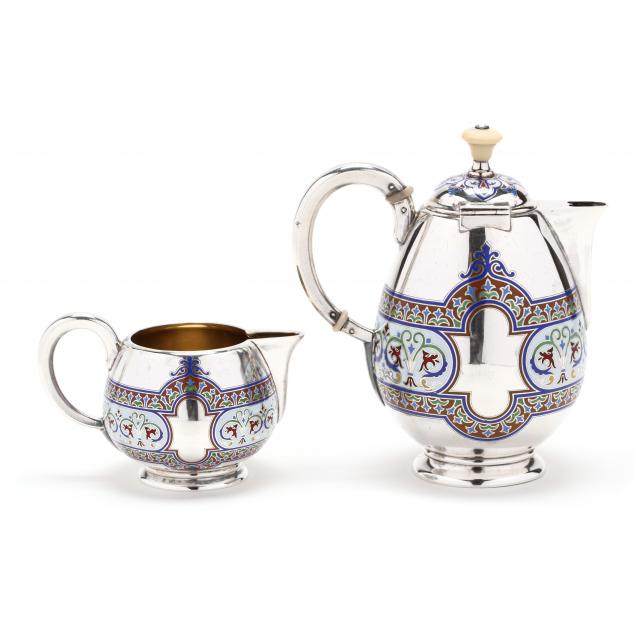 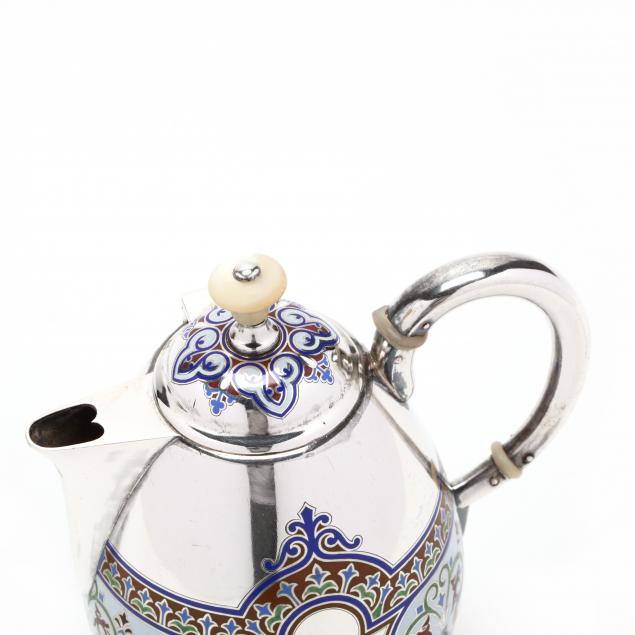 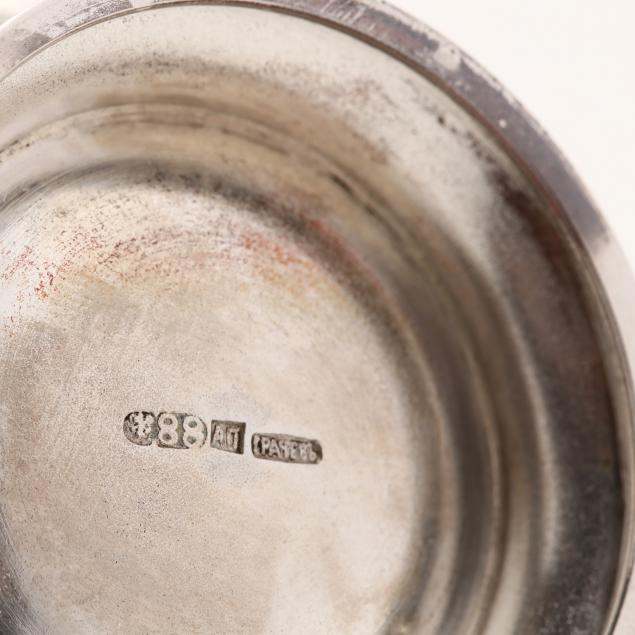 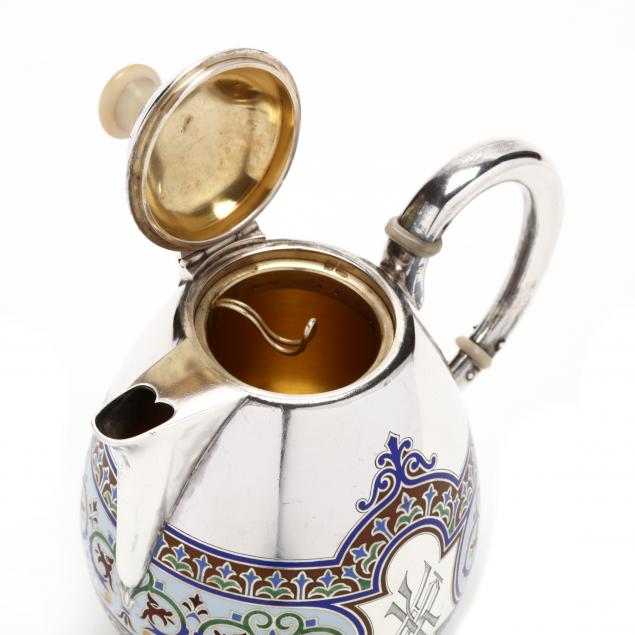 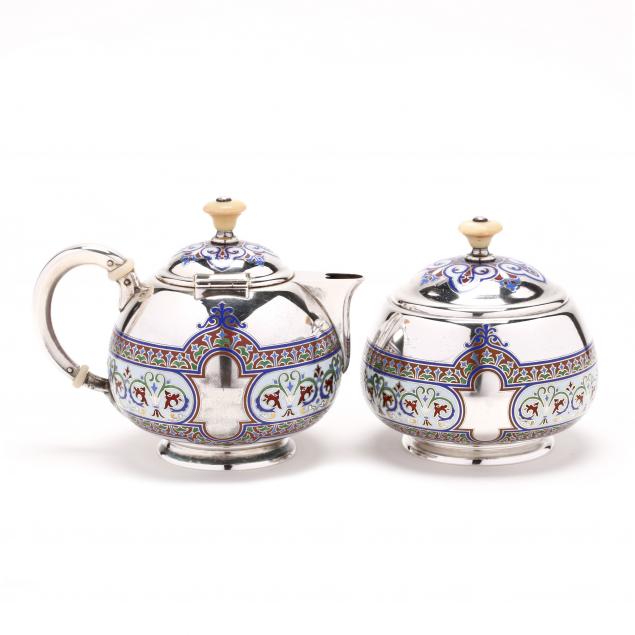 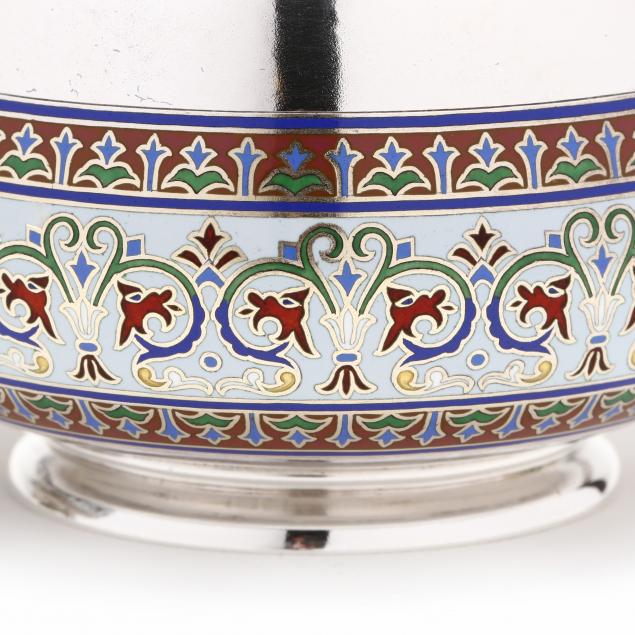 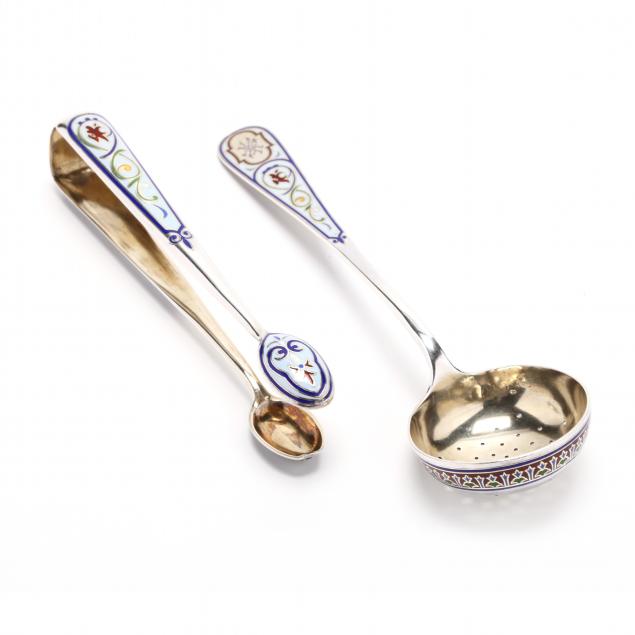 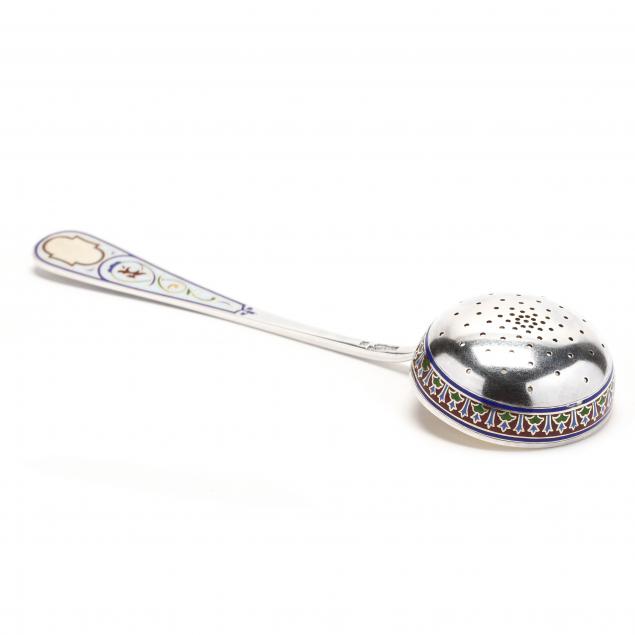 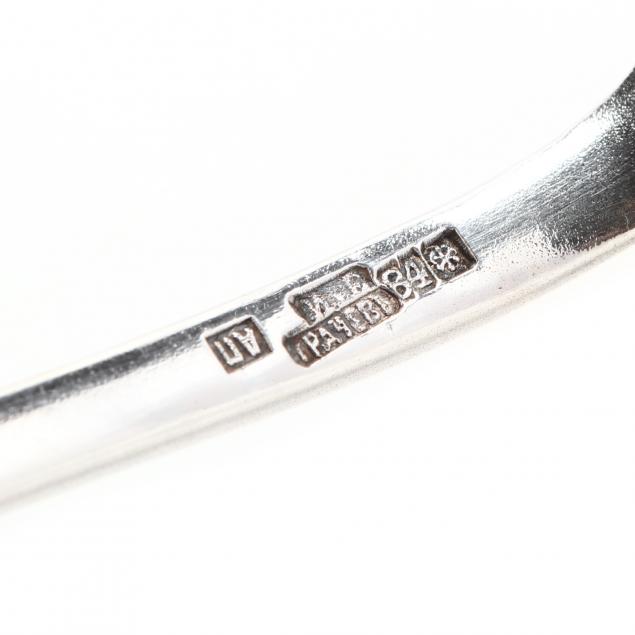 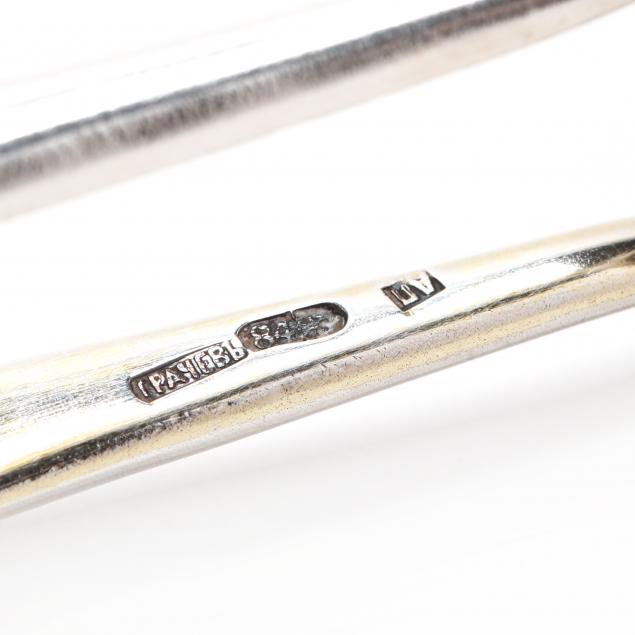 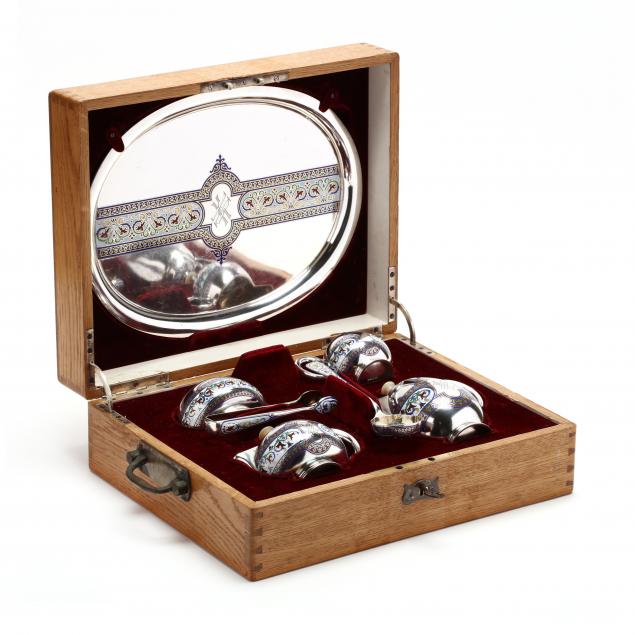 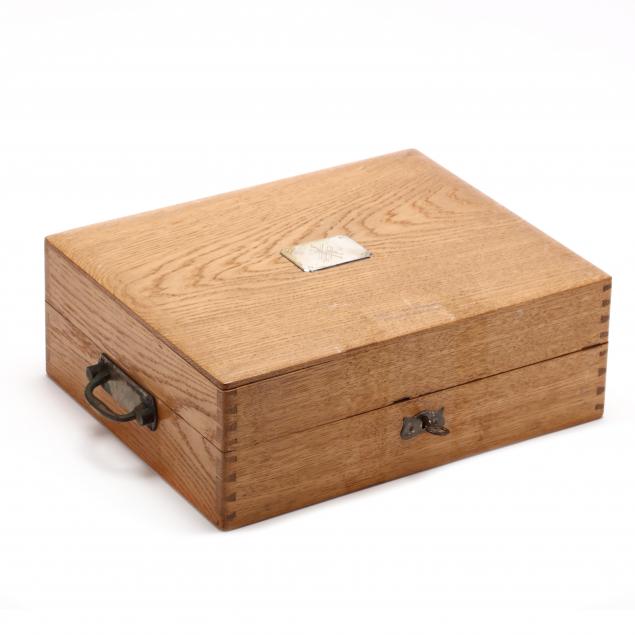 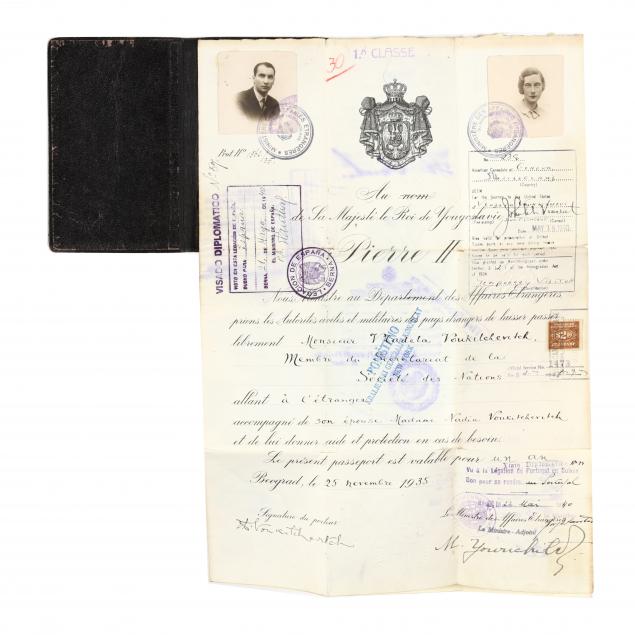 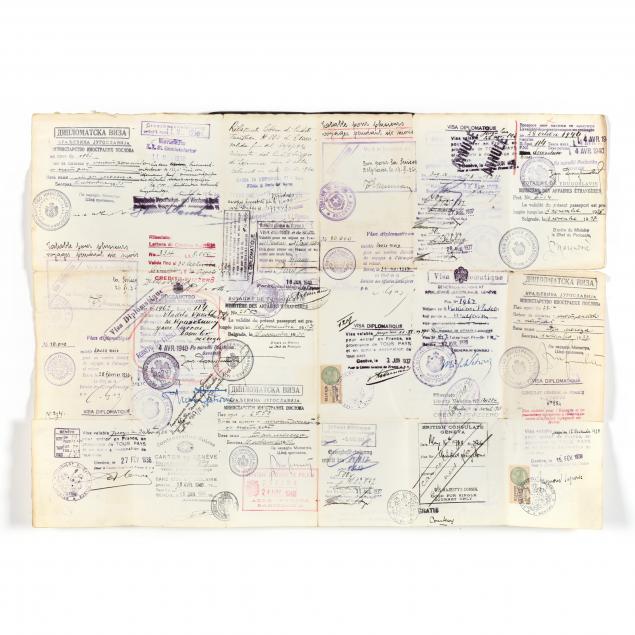 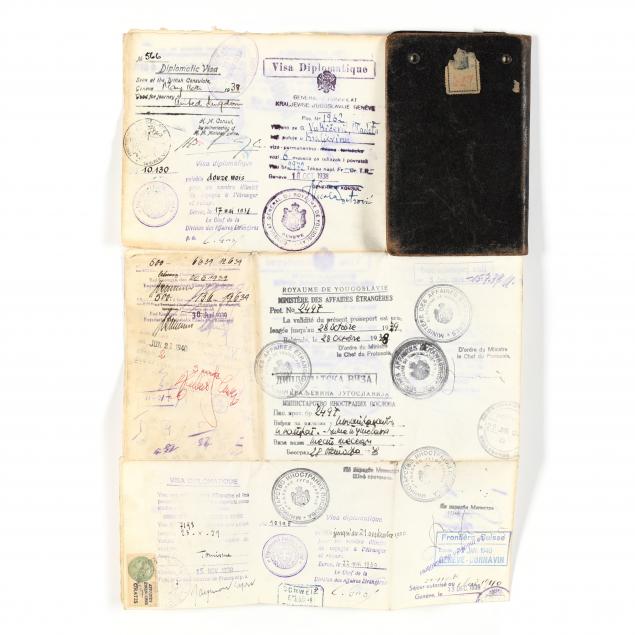 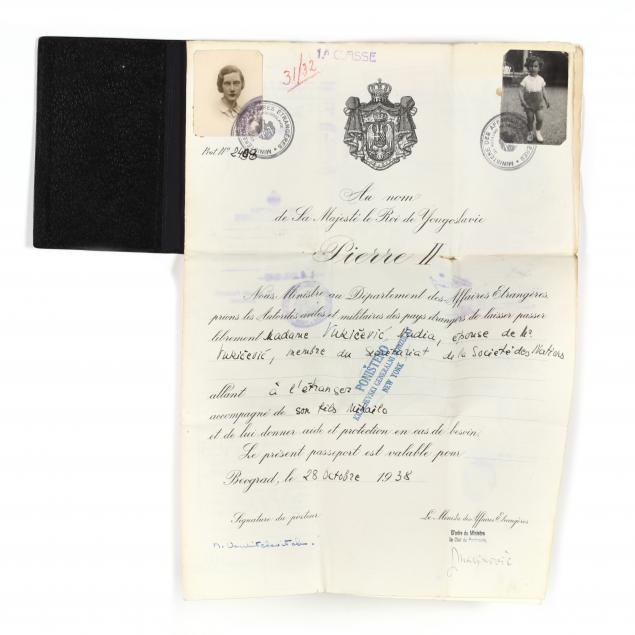 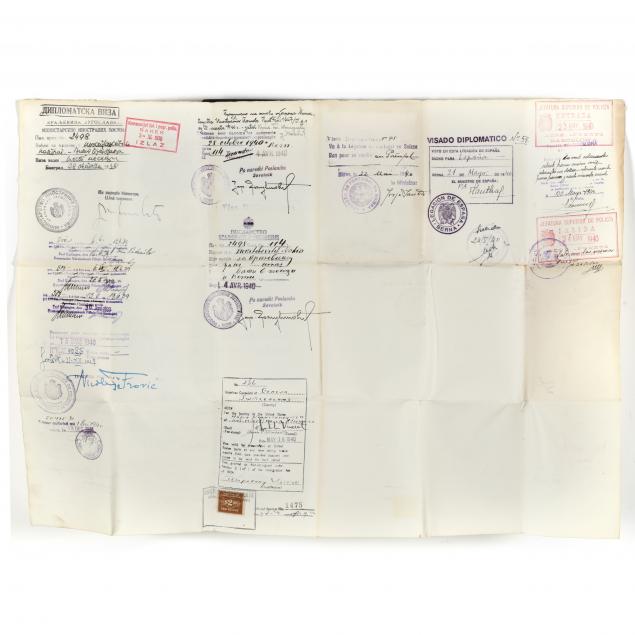 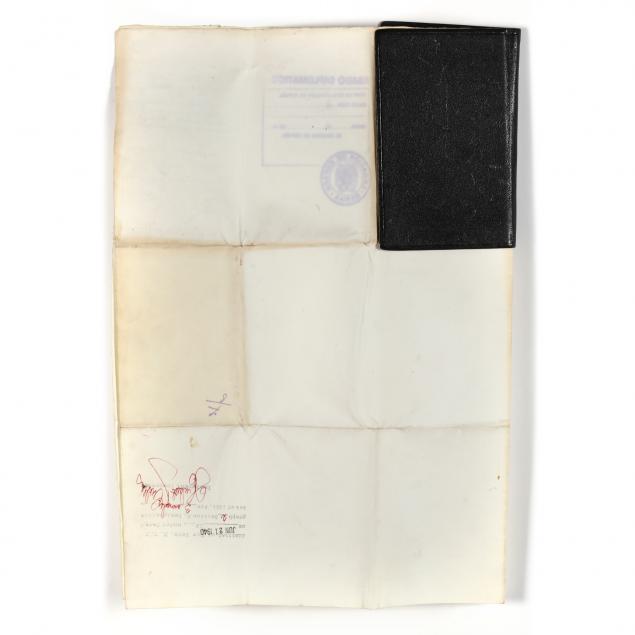 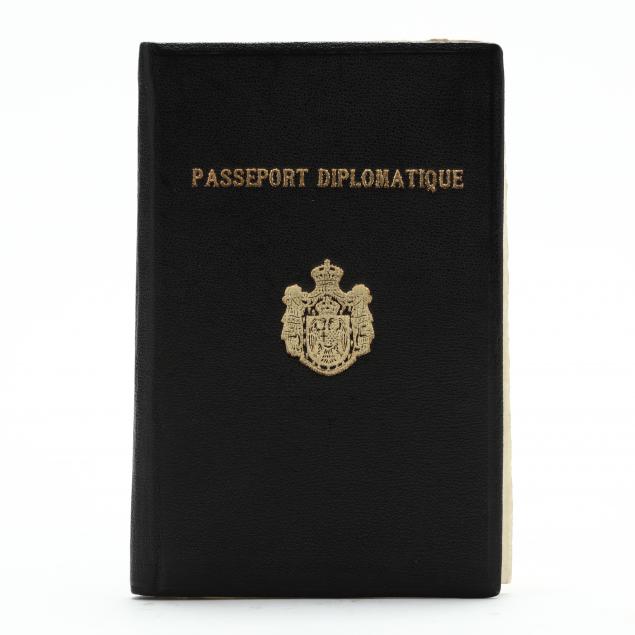 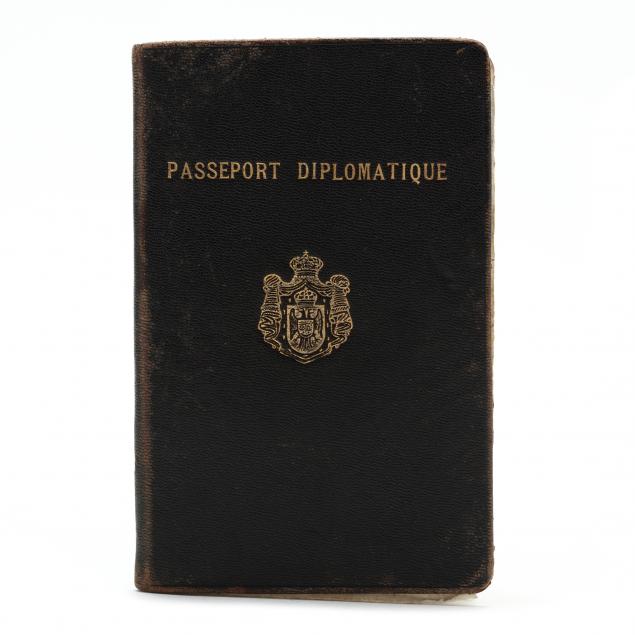