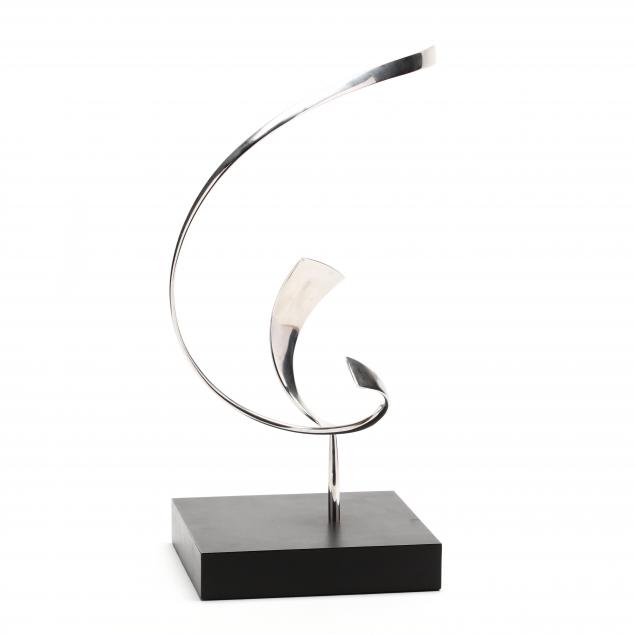 Louis Pearson was born in Idaho and worked as a carpenter while taking commercial art classes at night. He moved to San Francisco, California in the 1940s where he worked initially in hardscaping, building undulating retaining walls throughout the city. Sculpture was a natural progression and he moved from the utilitarian built environment to creating three dimensional works in stainless steel and bronze. In addition to his career as an artist, Pearson is also well remembered as a literal trailblazer. The San Pedro Valley is crisscrossed with trails he created in the 1980s and 1990s.

Some surface wear to steel. 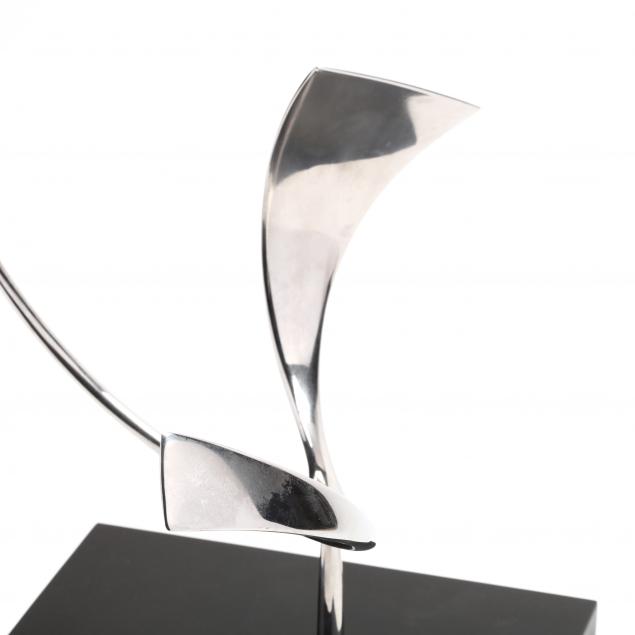 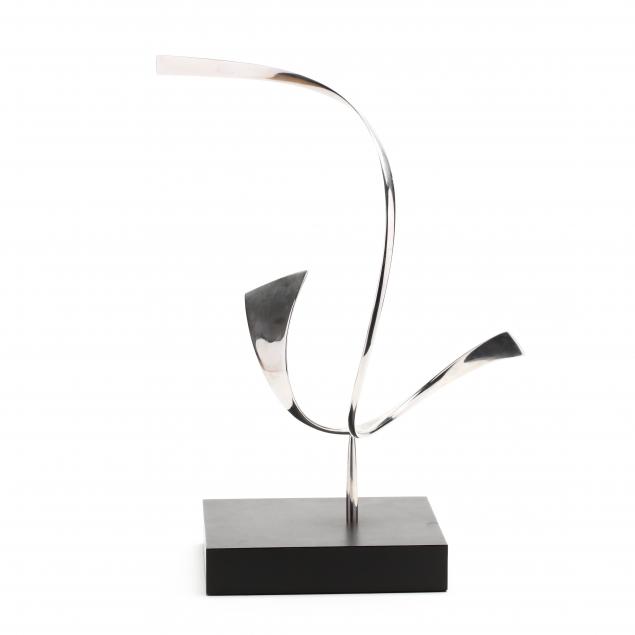 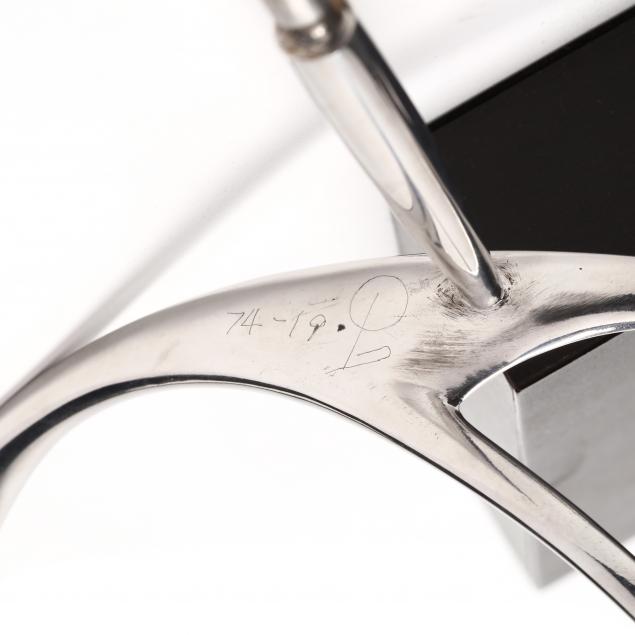